Home › Destinations › Dancing To The Rhythm Of Andalusia

Dancing To The Rhythm Of Andalusia 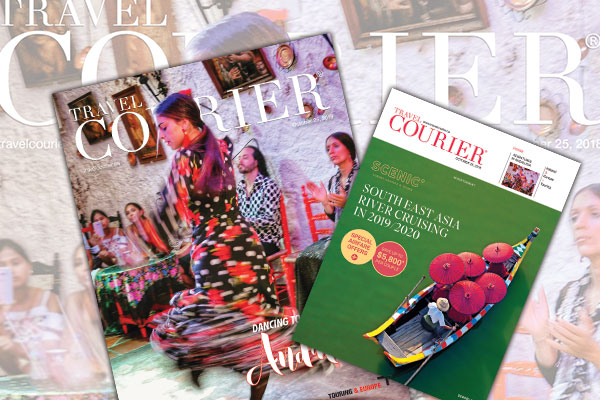 It was a spot so scenic that upon first sight, author Washington Irving described it as “a most picturesque and beautiful city, situated in one of the loveliest landscapes that I have ever seen.” Even decades after backpacking through Andalusia as a student, Bill Clinton returned to Granada to witness what he’d called “the most beautiful sunset in the world.”

Looking at the impressive reddish Moorish Alhambra castle jetting out from the luscious green terrain surrounded by the Sierra Nevada mountain range, it’s easy to see why the view captivated writers and the future president alike – and continues to draw in daily admirers, writes assistant editor, Ann Ruppenstein in this week’s digital edition of Travel Courier.

Taking its name from the Arabic “al-qal’a al-hamra,” which means red fort, our G Adventures chief experience officer (CEO) Lalo García explains there are several theories behind why Alhambra came to be known as the red one.

“One theory is because the stones are red, but another one that makes a lot of sense is in order to construct it, the king said I want to complete this as soon as possible so we’re going to work day and night,” he says. “How did they work at night when they didn’t have light? They started making fires all around the hill so people from afar, when they looked to the mountains, they saw the red fire, so that’s one of the reasons it could also be called Alhambra.”

Although it already appears massive from a distance, it’s not until we walk around the grounds and take in multiple palaces, a summer home and an extensive garden, that the colossal scale of one of the best preserved medieval citadels in the world truly comes into perspective. As the tour wraps up, our local guide suggests we head to one of the lookout points featuring panoramic views of Alhambra later that night, take photos, watch the sunset and then take the path back into town.

Coming across beautiful sights and incredible views winds up being a common occurrence over the course of the eight-day G Adventures Discover Moorish Spain itinerary – though we never purposely get too far lost while our trusty CEO is around (during free time, mind you, is another story, but therein lies the excitement of discovery).

The heart of the itinerary focuses on the highlights of Andalusia, which is packed with over 1,300 years of history and traces of Roman, Arabic, and Christian influence, and uncovers another side of Spain than staples like Barcelona and Madrid.