Home › Airlines › Deal Or No Deal?

Deal Or No Deal? 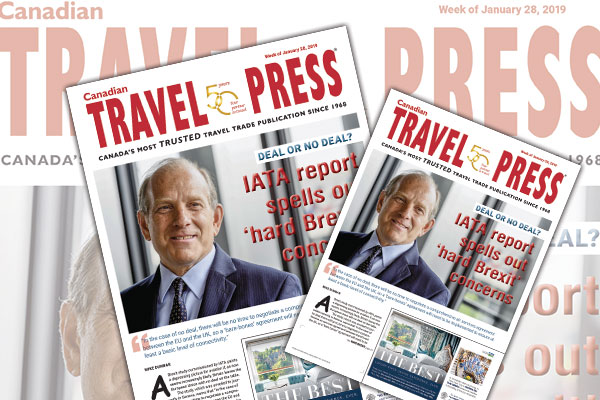 A Brexit study commissioned by IATA paints a depressing picture for aviation if, as now seems increasingly likely, Britain leaves the European Union with no deal on the table, reports Quebec editor, Mike Dunbar in this week’s digital edition of Canadian Travel Press.

The study, which was unveiled to journalists recently in Geneva, warns that “in the case of no deal there will be no time to negotiate a comprehensive air services agreement between the EU and the UK so a `bare-bones’ agreement will need to be implemented to ensure at least a basic level of connectivity.”

But Rafael Schvartzman, IATA’s regional VP for Europe stated bluntly, “The degree of regulatory convergence or mutual recognition of this basic level agreement is still unclear but it’s already a bit too late.”

Schvartzman explained, “To better understand the technical implications of Brexit, and especially a no-deal scenario, IATA commissioned the study on its impact on the airline industry from (London-based) transport industry consultancy Taylor Airey.”

And he revealed, “According to the report there are four key issues that have a high impact on the airline industry and which have a severe lack of clarity: Air services agreements, the safety framework, security and border management.”