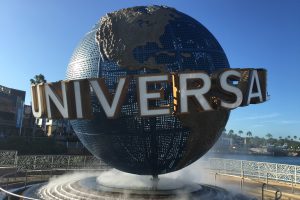 Universal Parks & Resorts has rolled out a new, national brand campaign that will see Universal Orlando Resort and Universal Studios Hollywood speak to consumers with one voice.

It’s all about the kids growing up and it’s suddenly time for a different kind of family vacation.

The family is ready for more excitement, exhilaration and adventure. It’s time to just let loose and have fun — together.

Universal’s theme parks in Orlando and Hollywood offer exactly the kind of vacation your family craves — bringing together popular culture’s most compelling stories, characters and adventures to create some of the world’s most innovative and entertaining attraction experiences.

These are immersive, next-level, adventures such as The Wizarding World of Harry Potter, outrageously fun attractions such as Despicable Me Minion Mayhem and highly themed, authentic experiences based on cutting-edge television, such as The Walking Dead Attraction and Race Through New York Starring Jimmy Fallon.

“Universal Parks & Resorts provides world-class entertainment destinations with signature theme parks in both Orlando and Hollywood that create unparalleled entertainment for the whole family. This new campaign speaks to the needs of families as they evolve û and it invites them to vacation on a whole new level.”

Check out the video – https://www.youtube.com/watch?v=5IlE8v0sdEs&feature=youtu.be .