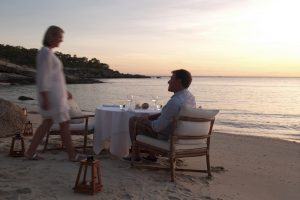 Air Canada has launched its new 787 Dreamliner service from Vancouver to Brisbane, Australia, marking the only non-stop service linking Canada with Queensland, Australia’s “Sunshine State,” as well as new service between Montreal and Casablanca.

The new flights between Vancouver and Brisbane ramp up to daily service on June 17.

“We are delighted to launch the only non-stop, year-round service between Canada and Brisbane, a significant commercial business hub and tourism gateway to one of Australia’s UNESCO World Heritage Sites, the Great Barrier Reef and the beautiful Gold Coast,” said Benjamin Smith, president, Passenger Airlines at Air Canada. “Our new Brisbane flights complement our daily flights between Canada and Sydney.”

Air Canada has also launched new service from Montreal to Casablanca on June 4, the airline’s first African route.
Flights between Montreal and the famed Moroccan city will be operated until Oct. 29 by Air Canada rouge with a Boeing 767-300ER aircraft. Service is scheduled to resume on May 1, 2017.

Air Canada Vacations also offers vacation packages to Casablanca which include a variety of hotels ranging from three to five stars, as well as car rentals, tours and excursions.