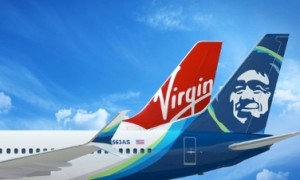 Including existing Virgin America indebtedness and capitalized aircraft operating leases, the aggregate transaction value is approximately US$4 billion. According to officials, with an expanded West Coast presence, a larger customer base, and an enhanced platform for growth, Alaska Airlines will be positioned to provide more choices for customers, increase competition and deliver attractive returns to investors.

The move expands Alaska Airlines’ existing footprint in California, bolsters its platform for growth and strengthens the company as a competitor to the four largest US airlines. Combining Alaska Airlines’ well-established core markets in the Pacific Northwest and the state of Alaska with Virgin America’s strong foundation in California “will make Alaska Airlines the go-to airline for the more than 175,000 daily fliers in and out of Golden State airports, including San Francisco and Los Angeles.”

Together, the combined airline will have 1,200 daily departures, with hubs in Seattle, San Francisco, Los Angeles, Anchorage, Alaska, and Portland, Oregon.