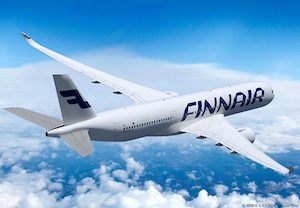 In line with its growth strategy, Finnair will be adding capacity on several popular European short-haul routes for the upcoming year.

Due to the popular demand of the new Reykjavik route which begins on April 11, Finnair is adding a fifth weekly frequency on Wednesdays between May 31 and Aug. 11. Finnair’s route to Reykjavik will also become a year-round destination with three weekly frequencies during the winter season. These services are complemented by flights operated by Icelandair where Finnair has a codeshare.

Finnair will also increase capacity in Denmark with an additional daily frequency on weekdays to Copenhagen and a larger aircraft on the Billund route. As of May 14, five weekly frequencies will be added year-round to the Copenhagen route, including a morning flight from Copenhagen which will enable convenient day trips to Helsinki for business passengers.

The new flights are available for sale on http://www.finnair.com.