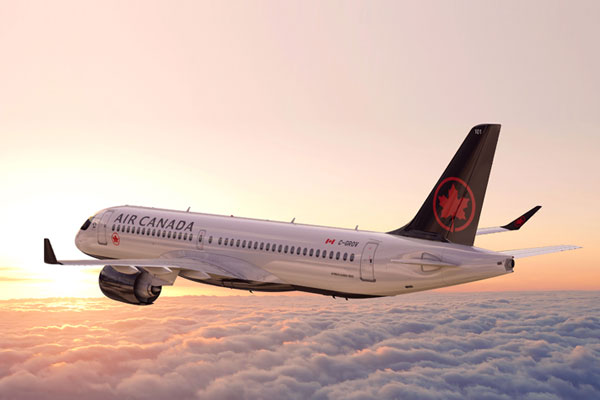 Air Canada has announced it will operate year-round, non-stop service between Montreal and Seattle on its newest narrowbody aircraft, the Airbus A220-300.

The new flight, which offers customers Business and Economy class service with Air Canada’s newest in-flight entertainment system, onboard WiFi and more, will start in the spring of 2020.

Air Canada’s two-class cabin on the A220 will have a total of 137 seats: 12 in a 2×2 configuration in Business Class and 125 in a 3×2 layout for Economy passengers. Every seat on the A220 features a Panasonic eX1 in-flight entertainment system with content available in 15 languages and featuring more than 1,000 hours of entertainment, including access to Bell Media’s premium entertainment service, Crave, and Canadian-based multi-platform audio service, Stingray.

Also on May 4, Air Canada will also begin service with the A220 between Toronto and San Jose, California.