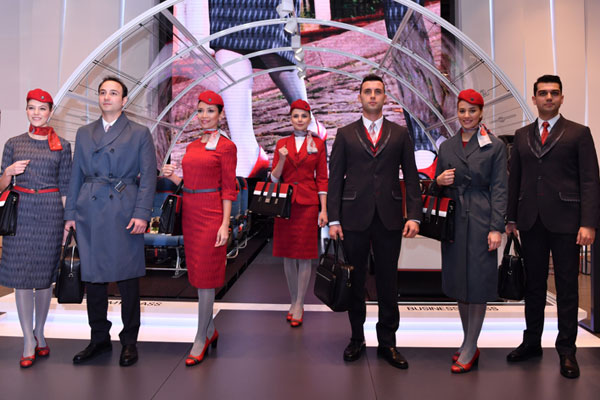 The result is a “symbiosis of style, functionality and comfort” inspired by many classic elements of Turkish culture. The airline’s new uniforms integrate traditional patterns of handcrafted glass, ceramics and calligraphy with contemporary textures and details. The collection combines the shapes and colours of the Bosporus with a “flow detail” symbolizing the effortless energy that flows through Istanbul as one of the most dynamic cities in the world, an interface between East and West,” the airline says.

In addition to changing its uniforms, Turkish Airlines is changing its hub with the move to a new home base, Istanbul Airport. As of April 6, the airline will be ending all scheduled flights at Ataturk Airport.