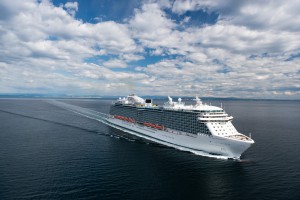 Princess Cruises has revealed that The Grand Canal of Venice was voted the “8th Cruise Wonder of the World” by its guests.

The announcement follows the 2015 “7 Cruise Wonders of the World,” which identified seven intriguing destinations. With more than 38,000 submissions, The Grand Canal of Venice received the most votes and of those who submitted this destination, one entrant, Steve Turner of Calabasas, Calif., was selected as the winner of a Princess cruise vacation.

A memorable way to arrive in Venice is by cruising through the Guidecca Canal on Princess’ small ship, Pacific Princess. Guests take in the sites of the entire city linked by meandering canals of waterways. The landmarks of this UNESCO World Heritage Site come into view, from the Byzantine spires of St. Mark’s Basilica to the mouth of the Grand Canal itself.

The Grand Canal of Venice joins the other Cruise Wonders of the World destinations, including the Panama Canal and the Hagia Sofia, a Byzantine cathedral in Istanbul that dates from 532 AD.