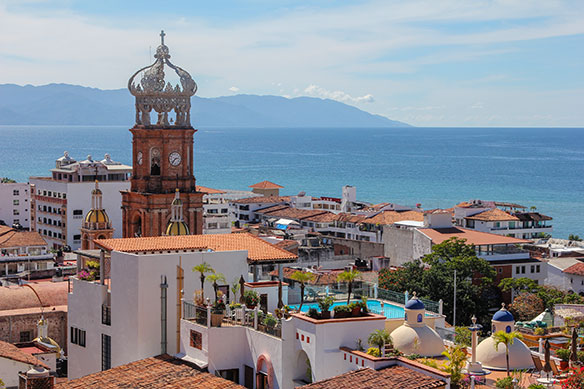 A long-time promoter of Acapulco tourism says she has little doubt that the seemingly probable closure of Mexico Tourism Board offices in Canada and others will be damaging to Mexico’s efforts to attract tourists to the Latin American country.

Officials in Mexico’s newly elected government have publicly stated that they want to close dozens of the stand-alone tourism offices in North and South America, Europe and Asia, shifting tourism promotion responsibilities to the country’s embassies.

The plan is seen as a way to save money.

No official decision has been made, but there’s speculation among some in tourism that an announcement that all offices will be shuttered could come before the end of the year.

Piquis Rochin of the Acapulco Destination Marketing Office says in her personal opinion the embassies won’t be as effective in promoting Mexico as the tourism offices, which are staffed by people whose careers are entirely devoted to tourism.

“All of us in the travel industry are devastated,” she told Travel Courier from Acapulco. “Promoting tourism requires the passion, the devotion and the knowledge of the entire industry to promote it well, besides the marketing skills,” said Rochin, who doesn’t believe that embassies – which have numerous responsibilities, such as trade matters – will be as effective in convincing foreigners to vacation in Mexico.

Effectively promoting a country as a tourist destination requires “much time and knowledge,” she added.

“I have no words to express my surprise and sadness about this decision. Let me tell you, a high per-centage of our activities depends on working together with the Mexico Tourism Board offices in promoting our Mexico destinations.”

Rochin has often visited Canada over the years with others in Acapulco’s tourist trade, hosting Acapulco shows the Mexico Tourism Board has assisted them with.

Meanwhile, Gabriela Benedetto, Canadian business development manager for Mexican hotel firm Grupo Posadas, said those wanting to convince Canadians to vacation in Mexico must be ready to step up their game if the offices are closed.

“Mexican tourism associations and destinations together with hoteliers are going to have to be more proactive and active in Canada to be able to inform and communicate in a very effective, fast way,” she said, citing the likes of her own employer, which hired her because it wanted a Canada-based business development manager.

Kensington Tours’ president Alison Hickey said a combination of factors has made Mexico popular with Canadians, and its “unique” offerings will ensure it will “continue to maintain its position as a tourist favourite.”