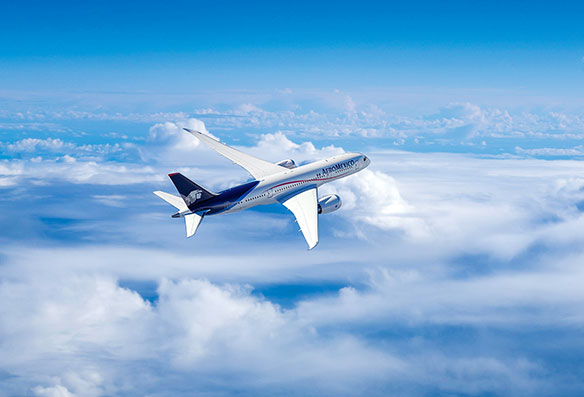 Aeromexico aircraft can again be spotted in southern Alberta skies.

The carrier restarts Mexico City-Calgary service May 31, “starting a bit less ambitious” than the earlier service, with four weekly flights planned in the May-September period, compared
to the previous daily operation.

Paul Verhagen, the airline’s senior vice-president of international sales, says the upcoming service could be extended: “We do see that there is a healthy demand”.

Aeromexico expects to carry people from Calgary to not only the Mexican capital, but points beyond, with the airline having some 43 destinations within Mexico and 20 in other Latin American countries.

“Our network in Mexico and elsewhere in Latin America is unparalleled compared to the competitors,” he says.

The airline also has twice-daily service from both Montreal and Toronto to Mexico City throughout the year and twice-daily flights from Vancouver on some days, while on others it has three daily flights from the BC city to the Mexican capital, with Verhagen predicting there will be a time when there’s triple-daily service every day from Vancouver.

WestJet and Aeromexico codeshare on the Mexican airline’s Canadian routes.

Aeromexico’s clientele from this country includes a “healthy mix” of tourists, business travellers and VFR traffic, and Verhagen adds that there are also sun-seekers heading to coastal destinations who choose to go with his airline through Mexico City. Those passengers may be curious about the Mexican capital and want to spend a day there before reaching beaches, or taking advantage of the flexible travel dates it offers. There’s also business class for “high-end” travellers, he points out.

“When you board Aeromexico in Canada, you receive Mexican hospitality,” Verhagen continues, noting cabin crews on Canadian routes are “bilingual at least” and passengers can enjoy the likes of tequila and Mexican food, while travelling.

He adds that his carrier is “by far the best performing” Mexican airline when measured by such factors as on-time performance.

Verhagen is confident that travel agents in this country are familiar with Aeromexico, thanks in part to its having local sales teams in the cities it serves.

• Through Free Messaging, Aeromexico seeks to leverage the many advantages of providing WiFi on board its aircraft, available on 29 of the airline’s Boeing 737-800 airplanes, completely free of charge. Our Calgary-Mexico City route will be operated with this aircraft.

• To enjoy this service on each trip, users only have to connect to the  on-board Internet network and select the free messaging package.