Always up for the adventure 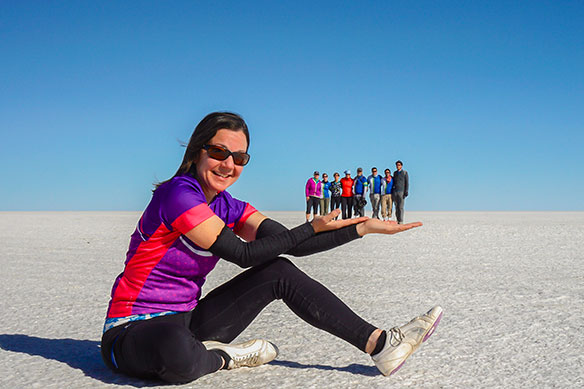 They’re movers and shakers. Their contributions have changed and continue to change the nature of travel, both in Canada and around the world. In this week’s issue, Canadian Travel Press’ monthly series of profiles on Women in Travel continues, featuring Trish Sare, the founder and director of BikeHike Adventures.

At the moment, Vancouver-based Trish Sare can be found in Argentina, leading BikeHike Adventures’ first trip of the season in Patagonia, on a journey that will take the group on a hike alongside the Viedma Glacier in Los Glaciares National Park, a UNESCO World Heritage Site, and for a cruise on Lake Argentine to view the Upsala Glacier, the largest in South America.
“The Argentina side of Patagonia provides an unmatched level of rugged adventure. Chile is in demand because more people know about it, but Argentina offers such a great experience,” says the adventure travel company’s founder and director. “My local friends and colleagues have always proudly declared that Argentina’s Patagonia holds the most authentic experience of the region, and being here, I’m able to see that.”
Sare, who leads at least one of the company’s trips per year and is on the road another four to five times scouting new trips or destination and attending industry conferences, started to develop a penchant for travel at the request of her mom.
“When I was 17 years old, my mother taught me a life-altering lesson – she told me that life is precious, but short,” she recalls. “She died of cancer that same year, at only 47 years old, but her final wish was for me to go out and connect with the world because she regretted never doing so. Fairly soon after that, I truly took her advice to heart and jumped on a plane.”

In the beginning
After having travelled around the world for several years, all while leading trips across South and Central America and returning home to study tourism in between, Sare eventually headed back to Canada to work for another tour operator, and learn about behind the scenes operations of the industry.
“I stayed here for one year, but I was itching to start my own operation,” she says. “So, I asked a friend and tour operator how I could start my own company. He advised me to reach out to another tour operator friend for guidance and that is how I began. I actually started BikeHike with a $1,000 personal investment. I started with one trip, one date, just to see if it would work. My first trip sold out right away. Twenty-three years later, we have more than 30 destinations and over 50 trips. We’ve also never had any outside funding and have been growing organically annually for 23 years.”
Over the years, BikeHike, which caters to outdoor enthusiasts with a passion to go a little deeper during their travels, has grown from just Sare to a team of employees. Although she didn’t realize it at the time, she says the seeds for the company were planted while she was living in Thailand during her first round of travels abroad.
“I was in a relationship with a local Thai, so I lived as a Thai would live, authentically, living off of the land, growing our food organically, fishing for our meals, harvesting our rice fields,” she says. “I lived on Ko Phi, Phi Island and Phuket for most of those two years. There were a few tourists on those islands, but not nearly in the numbers that those areas see today. I also lived on the island of Koh Yao Noi for an extended period of time. There, I was the only Caucasian – the whole island was Thai. It was so enriching to truly experience the Thai way of life, their culture, and their cuisine. I came home from that trip changed.”
Like the company’s tagline suggests, connecting the world through active travel, she says their trips come down to having authentic experiences in the destination.
“The reason we bike or hike through a destination is because this really is the best way to authentically connect travellers to a destination,” she says. “They go deeper into a destination with us – see more places and meet more people.”

Memorable moments
Although she counts being named the second best Biking Company on the Earth by National Geographic Adventure Magazine as the biggest success in BikeHike’s history, Sare says she recently came to see her company in a new light.
“I was being interviewed by an industry colleague as part of a study [about female founders conducted by the Adventure Travel Trade Association], and she reminded me that building this type of company over the past 23 years is something of a massive achievement, especially for a female,” she says. “This industry has predominantly been male driven and male owned, as with many industries. My interviewer was specifically seeking female founders, which she said was difficult. Most women leaders she found had simply inherited or taken over the business from its male founder.”
As such, realizing how launching a successful international adventure company was its own achievement, wound up being another defining career moment.
“For me, building this company was really just a way of life, a way of making my passion for culture and travel a part of my ongoing life,” she says. “I truly just began building it intuitively into what it is today, from the ground up, inspired by my time working my way around the world and living in Thailand with a local family. My life, core values and personal experiences are infused into every aspect of BikeHike.”
In a role that sees her shift between selling trips, overseeing the company’s finances, directing the design of all itineraries both old and new, meeting the media, scouting new trips, as well as developing and maintaining working relationships with industry colleagues and suppliers, Sare points to a love of people and her entrepreneurial spirit, which dates back to her childhood, having lemonade stands, as well as organizing festivals and fashion shows for the kids in the neighbourhood, as the secrets to her success.
“I love meeting people, developing relationships with people to build long-lasting friendships and relationships,” she says. “Relationships really matter and connections matter. We develop connections with the communities we visit and with our customers. Some travellers have booked as many as 10 trips with BikeHike, following us to each new destination we launch.”
Aside from talking to future travellers about the merits of choosing Argentina’s Patagonia once she’s back on Canadian soil, she says the future is all about bringing the guided tour operator to the next level.
“My focus over the next five years, is to expand BikeHike’s market share through increased brand awareness,” she says. “We also want to take it from being owner driven, to employee driven. In the next five years we want to continue to grow the number of trips offered and regions featured, as we continue to strengthen our structural foundation in all aspects of the company.”

Do you have any advice to share to women thinking of getting into the industry?

1) Don’t hesitate to start. Just start. Don’t second-guess yourself. In the beginning, I was apparently one of the only, if not the only, woman trying to start an adventure company. But, to be honest, I didn’t even think about it though. I just did it and figured it all out as I went along. So, just jump in. It doesn’t matter how many women are (or aren’t) doing what you want to do. Just do it anyway, and do it your style. Create your own vision and go for it. I could have hesitated or not started at all if I had stopped to think too much about it before starting.
2) The next step is to have a mentor right away to help you as you jump in. It is essential to survival, I think, to have a mentor and also a network of people who inspire, educate and empower you. There is so much to learn from others who are in similar positions, so utilize their knowledge and learn from their mistakes. This was integral to my getting started in the industry. I had a mentor from day one and continue to have a mentor to this day. It doesn’t matter how successful you become, you can always benefit from having someone to help you think through ideas and surrounding yourself with people who inspire you is never a bad thing. 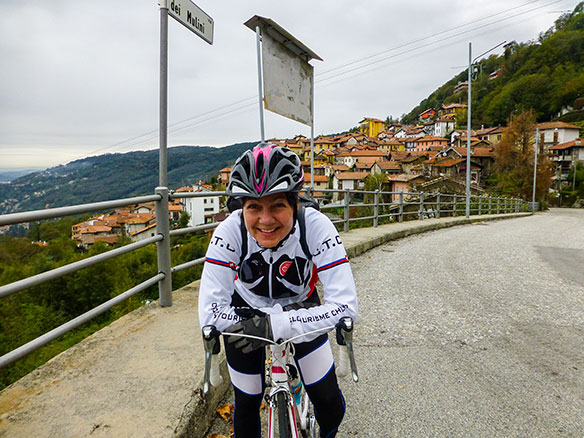