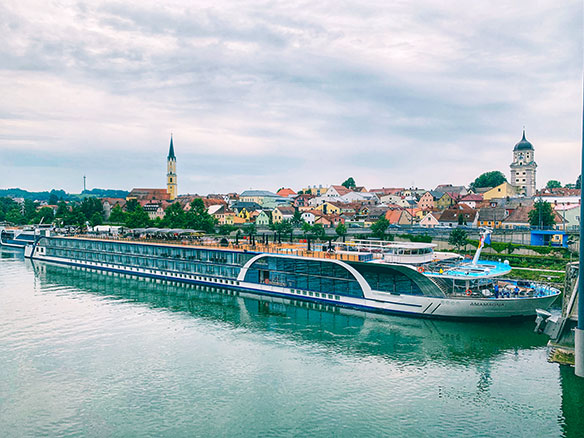 It’s not everyday that a river cruise ship gets listed as part of TIME magazine’s World’s Greatest Places ranking.

At twice the width of a typical river cruise ship, AmaMagna was named in the 2019 list of 100 new and noteworthy destinations to experience around the world alongside such entries as the Gorongosa National Park in Mozambique and the Fábrica de Arte Cubano in Havana, Cuba.

Growing up on the Danube in Vienna, Austria, president and co-founder of AmaWaterways Rudi Schreiner said the new double-wide ship, which debuted in May, was purpose-built for Europe’s second longest river.

“On most rivers, locks are 12 metres, whereas on the Danube the locks are 24 metres, so the whole thing was kind of always on my mind,” Schreiner told Canadian Travel Press. “The project was probably almost over six years [in the making] from the time we decided to build the ship until it was in place. With the Magna, you suddenly have a completely new prototype. There was nothing like this before.” 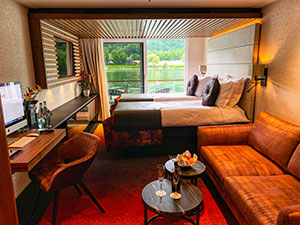 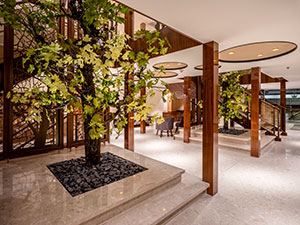 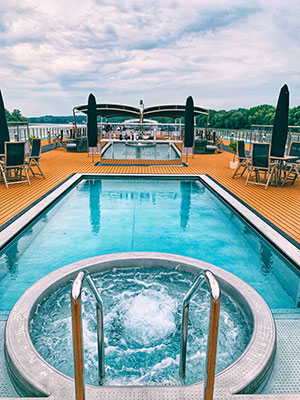 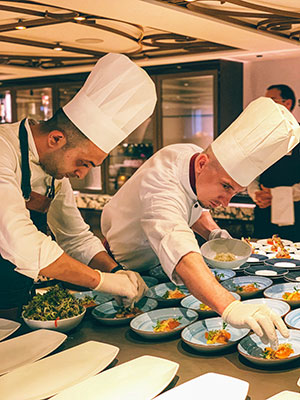 The 72-foot-wide ship accommodates up to 196 passengers, which isn’t a big leap from its other ships which hover around the 160 mark.

“Although the ship has double the deck space as our other ships, it only has about 20% more passenger capacity,” he noted.

Rather than fitting in more people, the focus was put on creating larger staterooms and more public spaces for guests to hang out, intentionally also geared at drawing in cross-over clients looking to move from ocean to river cruising.

“It’s a great opportunity for guests who come from the ocean side who are used to ships that have more amenities than they have in the past, the more expansive rooms, because these are luxury guests and the luxury ocean product has very nice-sized staterooms,” said Janet Bava, chief marketing officer for AmaWaterways. “What we’re trying to capture is, of course, that audience.”

In addition to the cinema, which is also used to display major sporting events, some of the ship’s unique features are a large gym and outdoor cycling area, four restaurants for guests to choose from, an extra-large sundeck with a pool and hot tub, an elevator reaching all floors, including the sundeck, and multiple lounges.

“You have so many venues, if you are there with your spouse, your partner, sometimes you don’t find them because there are so many places they can go,” said Schreiner. “There are two libraries, there are so many different areas you can go on the ship, it’s really amazing. It has a big movie theatre for up to 40 people inside, it really is a magnificent ship.”

In total, AmaMagna has 98 staterooms, the majority of which are 355 sq. ft., which come complete with a couch, a walkout balcony, a desk with a Mac computer and iPad, a TV, ample storage space, double sinks and a separate water closet. For those looking for even roomier accommodations, there are six Grand Suites at 474 sq. ft., and an Owner’s Suite at 710 sq. ft.

Size also had a hand in naming the ship.

“We were tinkering around with different names, and I was actually the one who came up with it because Magna comes from large,” he said. “It kind of already identifies the size of the ship, and it was a beautiful version of large.”

In terms of value for money, all European AmaWaterways’ itineraries come with a wellness host to lead a variety of fitness classes, wine and beer are included with lunch and dinner, as are specialty cocktails and other libations during a nightly sip and sail cocktail hour. Even daily excursions are already included in the price of the booking.

“We have an extremely inclusive program,” he said. “Pretty much in every major city, you have three to four different tours as a choice in the included tours. There’s a hiking or biking tour in every place. For us, it’s important to cater to the individual and then we give choices. We don’t cancel it because of limited numbers, so if we have a bike tour and there’s physically only one person there, who wants to go on a bicycle tour, the guide will still go out with that one person.”

Back to the restaurants, the main dining room often includes regional cuisine from the country where the ship is docked that day, such as goulash in Hungary. A social dining option is Jimmy’s, a family-style restaurant named after one of AmaWaterways’ co-founders, the late Jimmy Murphy. Jimmy’s serves the same dishes as the main restaurant each night, but in a communal setting with sharable platters. Chef’s Table restaurant offers a set seven-course meal that starts with a welcome cocktail featuring champagne and Grand Marnier. But the best views are on the menu at the fresh and veggie-focused Al Fresco restaurant with retractable windows.

“Everyone is gravitating towards the Al Fresco because everyone just wants to dine and take in the beautiful views that come with river cruising,” says Bava. “It’s really beautiful from a river cruise destination that you are on board this amazing ship, dining exquisitely, you are very comfortable in your smartly-designed stateroom and then it’s a floating hotel. You have the same benefits of going to Europe, but unpacking once. You are seeing so much more because the journey is just as much part of the vacation as the destination and arriving to the cities.”

Bava and Schreiner debunk some common misconceptions about river cruises

ONE) River cruises are for seniors

“Our audience has become much younger. We have this year about 64 wine-tasting cruises where you have an average age of mid-50s. The stigma that this is for old people has changed, it really has changed,” said Schreiner. “From all the tour operators that are promoting river cruise lines, we probably have the youngest age group, but it also has to do with that we’re pushing wellness and health very much.”

“I do see a trend of younger, more active people coming on board,” said Bava. “We love our Baby Boomers because they can travel at any time and they have the disposable income, but we are also very open to different group compositions and different demographic sets because we know that they are going to have an amazing experience.”

“There is that negative perception, and, unfortunately, it is negative that it’s going to be boring. No, it is everything but boring,” said Bava. “Things like multigenerational travel, that’s huge. Whereas other brands are restricting children or restricting the age, they’re for millennials, we’re saying no, we’re open for all family makeups and we’re open for all ages because of the personalization that exists on our ships. We know that if you may be an active traveller you may want to get on the bikes and ride around the city or you may be someone who just wants to relax, stroll through the city, come back and have a glass of champagne sitting on the deck. No matter who you are or what your interests are in cruising, we can cater to each individual’s need, so that everybody on that same-day voyage, although they’re having different experiences, they’re all really enjoying themselves. I think that’s one of the biggest opportunities for travel advisors as they’re selling groups, you can have solo travellers mixed in with multigenerational families.”