IATA on course to bridge the gender gap 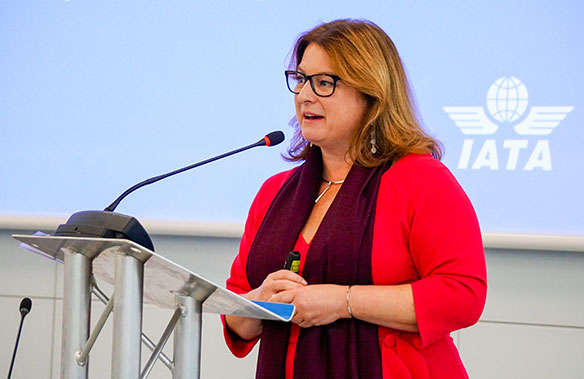 Dubbed 25by2025, the initiative was first mooted last September as a collective effort to bridge the gender gap in several areas, but principally at the senior level, both
in the industry and within IATA itself.

Jane Hoskisson, the association’s director of learning and development told a recent Geneva press briefing: “The industry is diverse in so many ways: From a cultural point of view and from the gender point of view, yet there are systemic issues that we need to address to make it truly diverse and inclusive.”

She explained: “IATA, as a body representing some 290 airlines decided to act upon it and, since September we have worked on bringing the initiative to life.”

But she stressed: “25by2025 is meant to encourage, to collaborate, to engage in dialogue and by no means is it to be used by airlines to compete against each other.”

It will also focus on increasing female nominations from member airlines for IATA governance roles to a minimum of 25% by 2025.

She told reporters: “25by2025 will enable airlines to share best practices and knowledge on what can be done to bridge the gender gap, but it’s also about providing the right skillset to equip women to advance their careers and climb the ladder.”

And she added: “It’s also about breaking the invisible ceiling. We have a lot of men supporting the program who see the need to have a variety of opinions and skills at senior levels which women can bring to the table.”

When 20by2025 was first announced Qatar Airways, the Lufthansa Group and China Eastern immediately jumped on board. To date 59 airlines have joined the campaign – including WestJet, Delta and United from North America – constituting 20% of IATA membership and 30% of global passenger lift.

Finding the balance
She explained: “Within IATA we are also measuring and reporting on the number of women in senior positions and the number of women represented in all our industry meetings.”
In response to a reporter’s question concerning the all-male makeup of IATA’s board she conceded that it was not at gender parity “because not many airline CEOs are women.”

The Geneva-based exec pointed out: “A major milestone for 25by2025 will be the May Global Training Event in Paris, where we will have roundtable for all airlines committed to the campaign and will discuss and report on best practices. This will be followed by the IATA AGM in Amsterdam in June, when we will share the first report on diversity of the airline industry.”
And she added: “We are just the beginning of this exciting journey towards achieving a better gender balance and our main focus will be on doing as much as we can by 2025.”
Go to https://www.iata.org/en/policy/25-by-2025/ for more.