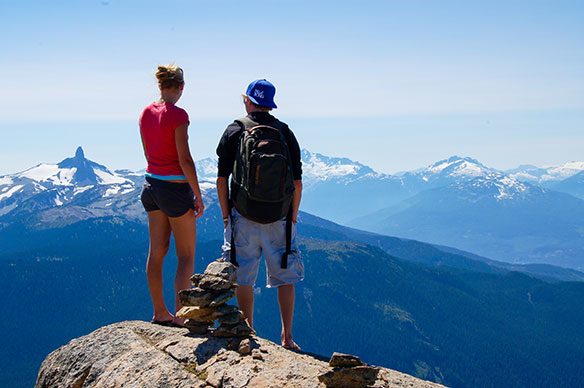 Will troubled diplomatic relations with China in 2019 have an impact on tourist arrivals to Canada from China this year? It’s easy to imagine that might be the case, which would potentially make year 2018 the high-water mark for arrivals from China to these shores. 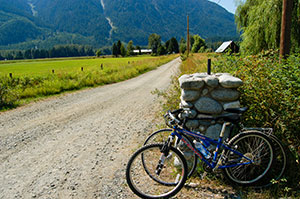 To no one’s surprise, arrivals from China continued to grow at a galloping pace last year. Canada welcomed a record 737,000 Chinese tourists in 2018, surpassing the 700,000 mark for the first time and doubling the number of annual travellers since 2013. That was accomplished with an average annual growth rate of 16%.

China was Destination Canada’s second largest long-haul source market in 2018 in terms of arrival numbers. But it was the largest in terms of vacation spending. Chinese tourists spent an average of about $2,850 per trip to Canada, and stayed for around 30 nights.

Canada’s iron-clad image as a preserver of pristine nature continues to be a main motivator for vacationers to this country. Seeing natural attractions like mountains or waterfalls, trying local food and drink, exploring Indigenous culture, hiking or walking in nature and viewing wildlife were all top activities that Chinese leisure travellers chose while on holiday here.

About 78% of Chinese leisure trips to Canada continue to be booked as part of an organized group travel package, with more than half of these being done online via a travel agent or tour operator.

All this focus on China might tend to obscure the surprising tourism performance of that other giant emerging economy in Asia – India. With a record 287,000 visitors to Canada in 2018, India led Destination Canada’s Asia Pacific region in year-over-year growth (+15% over 2017 arrivals).

It is one of the 10 key international leisure markets that were assessed by Destination Canada for its recent 2018 Global Tourism Watch. This report monitors consumer awareness, travel intentions, perceptions of Canada, experiences sought by travellers, motivators and barriers for travel to Canada in those key source markets.

India set new monthly arrivals records every month, plus a new annual arrivals record. India was the only Destination Canada long-haul market to consistently record monthly gains in air arrivals both direct from overseas and via the US.

Indian leisure travellers want to see natural attractions like mountains, waterfalls, wildlife, nature parks, historical or heritage sites, as well as shopping for items that help them remember their trip. Most trips to Canada by Indian leisure travellers (80%) are booked as part of an organized group travel package through a travel agent or tour operator.

Another highlight source market for Destination Canada is Germany, which just posted the biggest number of visitors to Canada since a benchmark set in 1996. Annual arrivals from Germany reached 406,000 in 2018. On average, Germans stay an estimated 15 days in Canada, and spend an average of $1,700 per trip, making them the big spenders amongst the other key European markets (France, United Kingdom).

An encouraging trend for travel retailers to note is that an increasing proportion of UK leisure travellers to Canada are booking organized group travel packages through a travel agent or tour operator. That increased from 34% of those travellers in 2017 to 45% in 2018.

Tourists from the UK on average spend close to $1,500 per trip and stay for around 12 nights. UK leisure travellers enjoy trying local food and drink, experiencing nature-based experiences, seeing historical or world heritage sites and exploring Indigenous culture while on holiday.

Mexico continued to set new records in 2018, surpassing the milestone of 400,000 annual travellers to Canada for the first time and doubling 2015 arrivals in just three years.

A growth in the number of direct air arrivals was supported by a 35% expansion in air capacity between Mexico City and Canada in 2018 – the greatest increase in air capacity to Canada of all DC’s international markets. Also, the elimination of the need for Mexican visitors to have a Canadian visa played a part in driving more arrivals.

In 2018, demand for travel to Canada was highest in July-August and November-December amongst Mexican leisure travellers. This reflected an interest in experiencing Canada in winter, for activities like skiing and viewing of the northern lights. Other favourites included trying local food and drink, seeing nature parks/natural attractions, fine dining, and visiting places of historical and cultural significance.

Just over half (55%) of Mexicans on their most recent trip to Canada booked an organized group travel package through a travel agent or tour operator, predominantly online.

All other foreign source markets for tourists to Canada are dwarfed by the cross-border (vs. long haul) United States. In 2018, US arrivals reached 14.44 million, up 1% over 2017, and the highest level recorded since 2004.

This growth was principally driven by the 8.18 million American arrivals who came to Canada by car, accounting for 57% of the total. Arrivals by road typically spiked during long weekend holidays, including Memorial Day, Independence Day and Labour Day.

American tourists spent close to $700 per trip to Canada, staying an average of five nights. Four of the top five favourite activities by American leisure travellers on vacation were nature-based, including seeing natural attractions, hiking or walking in nature, visiting nature parks and viewing wildlife.

And, unlike trends back to professional travel advisors, as noted in the United Kingdom, an increasing proportion of American
leisure travellers to Canada are choosing not to book organized group travel packages. Those making other booking choices rose from from 55% in 2017 to 69%
in 2018.