Checking in on BC’s hotel industry

A conversation with the BC Hotel Association’s Ingrid Jarrett 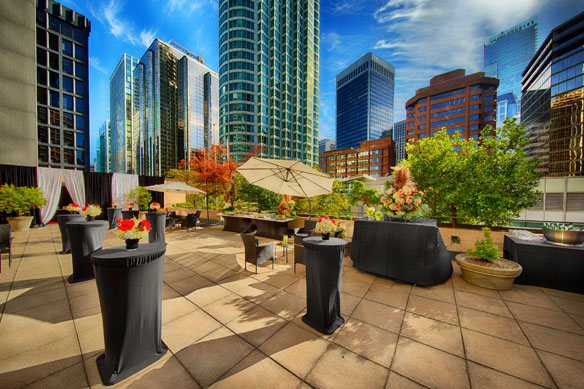 In the first of a two-part discussion, Ingrid Jarrett, the president and CEO of the BC Hotel Association talks about how the hotel industry in that province has fared over the past four months. Jarrett tells CTP that “hotels were designated an essential service in BC in March” … and the hotels that remained open “provided safe shelter during phase one and phase two, supporting the needs of their community and the provincial government in its response to the pandemic.” 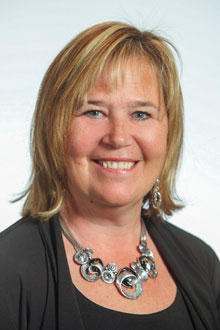 Can you give CTP’s readers an overview of how COVID-19 has impacted on the British Columbia hotel industry and where it’s at now, in terms of reopening/recovering?

COVID-19 hit BC in March and within one week, our hotels lost 80% of all reservations on the books. 60% of all hotels in the province closed and did not reopen until June. During this time, there were 67,000 employees laid off and fears surrounding insolvency intensified and remain to this day.

British Columbia’s phase three of reopening began at the end of June; since then, hotels across the province have slowly reopened but are seeing occupancy levels in the 20-30% range, where historically, they would have been 85-90% occupied in the summer months.
Currently, as of July 20, approximately 20% of the hotels in British Columbia remain closed, and over 43,000 employees remain laid off.

Governments at all levels have launched a range of support programs for the tourism industry as a result of the pandemic. Have they done enough? What more can they do?

The Canada Emergency Wage Subsidy (CEWS) program is the key program that has and will continue to support the reopening of hotels across the province while assisting in our economic restart at large.

The Business loan through CDB of $40,000 with a 20% relief on repayment is helpful but doesn’t go far enough. This is due to the significant fixed costs the hotel community bears to comply with the new reopening protocols, set by BC Health Agency, along with the investment in revisions to their physical plans to ensure compliance.

In addition, the lack of revenue in conjunction with the lack of fixed cost relief on things like a property tax, GST, PST, and utilities could very well result in businesses being forced to declare bankruptcy.

Undue hardship is also directly due to the lack of flexibility in BC for the temporary lay-off time frame, which remains a significant concern to employees and employers. We need it to reflect the timeline of the wage subsidy so that people can keep their jobs, and not be forced to declare bankruptcy due to a regulatory framework that was implemented during a different economic time. 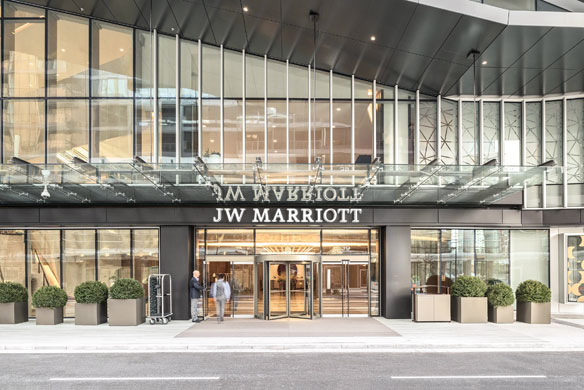 BC is now entering Phase 3 of its reopening plan. Where do hotels fit in that process? In terms of that reopening, what can hotels do? What can’t hotels do? And how is this process going so far?

Hotels were designated an essential service in BC in March, which allowed them to remain open if they chose to. Many continued operating accepting essential travel and implementing new safety procedure outlined by the BC Centre for Disease Control.

These hotels provided safe shelter during phase one and phase two, supporting the needs of their community and the provincial government in its response to the pandemic.

With phase 3, accommodators across the province were given the green light to reopen to now accept leisure travel; sadly, many have been unable to afford to reopen due to a lack of business and lost revenue over the past few months.

With many hotels reopening in phase 3, the British Columbia Hotel Association developed our best practices and protocols resource document – designed by the industry for the industry – which were sanctioned by the Ministry of Health.

This document is a comprehensive resource guide which identifies key guidelines for operating safely in our new COVID-19 era.

Examples include regulation of foot traffic in high traffic areas of the property; touchless check-in, check-out; no sharing of tools such as pens or equipment; implementation of physical distancing measures, among many other new safety measures and procedures.

With these updated protocols, guest communication remains key. Accommodators must address the difference in the guest experience prior to the guest’s arrival in order for visitors to understand how their stay may be impacted and what is expected of them during their time on property.

For example, in order to prevent guest-employee contact, hotels are no longer offering turndown service and are instead offering comfort checks, refreshing towels, taking out garbage etc.

Guests may also be asked to take a questionnaire, inquiring if they have travelled outside of Canada within the past 14 days.

Although the guest experience has been adjusted with these new procedures, hoteliers have been able to adapt, keeping guest satisfaction top of mind. While the process of guest service is going well, the cost to reopen remains extremely burdensome and a huge hurdle as the industry faces exceptionally low occupancy rates.

Does the BC Hotel Association have a recovery plan in place for its members? Can you share some of the details of that plan? And, perhaps, how it fits with the province’s reopening plans. 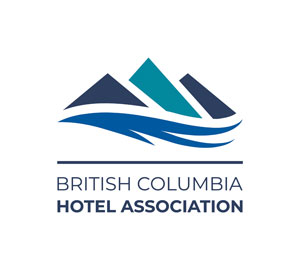 The BC Hotel Association has worked hard to provide the resources and working plans that our industry requires in order to recover.

This includes plans and best practices for reopening, training, and implementing safety procedures, among other necessary items.

Much of the framework of this work has centered upon building confidence amongst hotel staff, our government, consumers, and within our communities.

The BC Hotel Association has had our finger on the pulse of the province’s reopening plans and we continue to adapt our recommendations each step of the way, with cost mitigation at the core of our work.

There are so many different types of hotels. I’m wondering if the pandemic has had a different impact on different property types. If it has, maybe you could give some examples of how it has impacted them in a different way.

Currently, BC’s resort destinations are seeing increased demand and are reporting 30-40% occupancy for July and August.

Urban areas, such as Vancouver and Victoria, have seen significantly lower occupancy rates; this is largely due to restrictions on the markets and travel as these destinations see a lot of revenue from international travellers, corporate meetings, large-scale events, weddings, and conferences. The restrictions on air travel and cruise have also had a dire impact on harbour cities which have their harbours designed specifically for these markets.

We are also seeing remote and rural destinations who have historically had strong international demand suffer with their lack of occupancy.

As a follow up, will the recovery process be different for say, a large hotel versus a small independent property? Can you explain why or why not?

Both large and small, branded and independent hotels are reporting significant financial liquidity challenges. 80% of hotels in British Columbia are independently owned and operated businesses and they simply do not have the liquidity to bear the burden of high fixed costs and low revenue for longer than a few months.

This situation is exemplified by the mixed messaging in the market, with a lack of clarity for domestic travel and a lack of consumer confidence.

Every community in the province is suffering from the absence of tourism since the COVID-19 pandemic hit in March. And because of this, tourism businesses – which rely completely on the accommodation sector to bring overnight guests to communities – are also affected in a serious way.

A large hotel will have considerably higher fixed costs as the volume of expenses from elevator contracts and HVAC systems, to the number of rooms that require deep cleaning are all on a greater scale than independent hotels.

However, all costs and the weight they have on a property are scalable – the small independent hotels, which are often multi-generational, simply do not have the capacity to weather these financial hardships without government relief measures.

Ultimately, whether large or small, these businesses do not need additional debt – they need relief measures. At this time, it is estimated that up to 30% of the hotels in the province will be bankrupt by the spring of 2021 if relief measures are not implemented.

In next week’s issue of Canadian Travel Press, the conversation continues as Ingrid Jarrett, president and CEO of the BC Hotel Association, talks about hospitality and the challenges that the provinces hotel industry faces going forward. Don’t miss it.