The biggest danger: ʻThe lockdown paradoxʼ 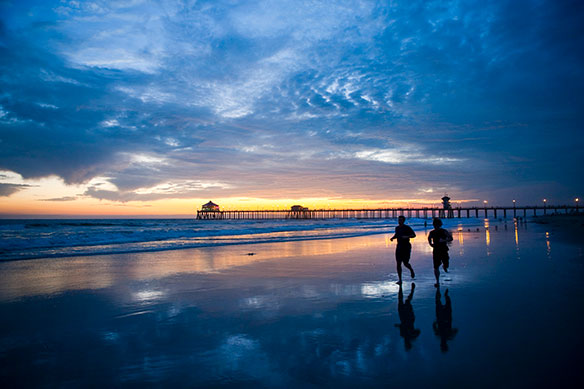 The main risk to the global economy, in general, and travel and tourism, in particular, from COVID-19 is not contagion or mortality, but rather it stems from the actions that national and local authorities have taken to curb the outbreak – actions that have been dubbed “the lockdown paradox.”

That was the analysis shared by Tourism Economics president Adam Sacks during an online COVID-19 update organized by Visit California and attended by some 1,200 listeners.

Sacks explained, “As the coronavirus outbreak continues to spread, the damage on economic output is becoming increasingly visible. The `virus fear’ has also generated a private confidence shock, with evidence of a pullback in discretionary spending, precautionary demand for staples ahead of a possible lockdown, businesses investigating contingency plans and large events being cancelled.”

He told listeners that the most acute impacts are being felt in the travel sector due to official travel restrictions, event cancellations and risk aversion.

He declared, “Early indicators of Asian impacts are disastrous,” pointing out that Hong Kong overnight stays have fallen more than 90% and Thailand arrivals are down 70%.”

And he added, “Five weeks ago, China was the third-largest international aviation market in the world. Today, it ranks 25th — just behind Portugal — and coronavirus has resulted in two-thirds of international capacity to and from China being cancelled.” 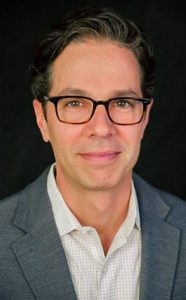 In a chilling statement, Sacks told participants, “Impacts in the US will be worse than SARS.”

He explained, “We are currently modelling impacts based on an assumed five- to six-
month crisis window, but a longer impact on travel where the most affected market segments will be large events and overseas visits to the US, which contracted for eight months in 2003.”

In a Feb. 3 forecast update for California, Tourism Economics predicted that total arrivals will grow only 1.6%, with a 1.8% boost in domestic traffic, and a 2.6% increase from Canada, offsetting a 1.2% decline from the rest of the international sector.

The overseas market for the state will likely drop 4.2% with a huge 27.4% fall-off from China, while total spend is predicted to decline 2.9%, while the Chinese contribution will plummet 26.5%.

Returning to the prospects for the US as a whole, Sacks said, “The present declines appear likely to be worse than we experienced in 2003. It’s not implausible that international declines will be closer to what we experienced in the 2001 economic crisis, when visits to the US fell 8.4%.”

And he projected, “Our current models expect an international visitor loss of 7.3%, concentrated in the second- and third-quarters of the year. In volume terms, this represents a decline of 4.6 million visitors and $18 billion in spend this year.”

The Tourism Economics CEO cautioned, “Event cancellations will hurt larger cities with major international conventions. Groups represent about 24% of hotel room demand, and we are receiving a steady flow of large event cancellation announcements,” who added, “Certainly, a large share of events will continue as planned, but attendance may falter.”

On a more positive note, Sacks told listeners, “Tourism Economics has analyzed more than 50 shocks to travel, which has confirmed a typically strong recovery period after a crisis, due to pent-up demand.”

“For example, after SARS was resolved, US travel surged in 2004, with hotel room demand rising 4%, international arrivals growing 12% and an eight-point boost in domestic air.”

But he warned, “We do see risks of deeper impacts than in 2003 and a longer recovery period. The 2004 recovery was accompanied by robust economic growth over 3%. The current economic situation, both in the US and globally is more tepid and at risk due to the ongoing effect of COVID-19 on consumer confidence, corporate investment and trade.”

Roger Dow, president of the US Travel Association, reassured participants that the organization’s huge IPW trade show will move into Las Vegas at the end of May despite recent convention cancellations there. He said, “We’re going ahead, but we won’t have a delegation from China plus reduced participation from South Korea.”

Beteta stated, “The emergency declaration in California indicates our governor’s
proactive and quick response and commitment to preparedness.”

She added, “Fortunately, there are no further travel implications, and visitors should feel safe and welcome to travel the state freely, maintaining the same standard precautions they would at home.”