Discover the Czech Republic in the heart of Europe 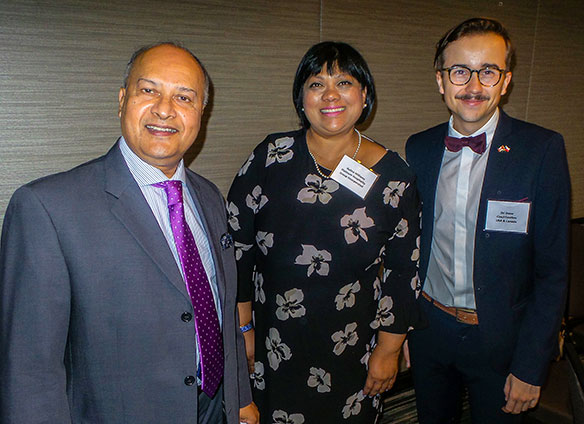 Jiri Duzar of Czech Tourism says his homeland is smack-dab in the middle of Europe, something that he says well serves visitors wanting to explore different countries on that continent. 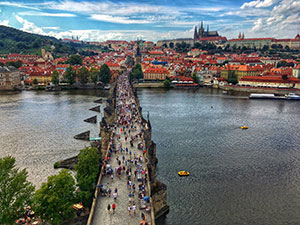 Duzar told a Toronto audience recently that the Czech Republic’s physical location clearly puts it in a unique position.
“If any other country in Europe tells you they’re the heart of Europe, they’re wrong,” he said “We’re the heart of Europe.”
That convenient location makes it easy for tourists to visit not only the Czech Republic – now served by both Air Canada Rouge and Transat – but other countries in the region, with it being easy to cross borders in the area.
Prague is the Czech Republic tourism highlight, with Duzar conceding that its old quarter can get busy in July and August, the height of the tourist season. Those wanting to avoid crowds during those two months should consider very early starts to their days, exploring the old quarter before large gatherings appear, he said.
Duzar said Prague is well known for its historical sites, but added that that’s only one side to the city, which also offers “great nightlife and shopping.”
He reported that the city now has more than 42,000 hotel rooms and has more five-star hotels than either Vienna or Madrid.
Meeting facilities include the Prague Congress Center, which can host thousands of people.
Smaller groups can be hosted in historical sites, Duzar stated. “You can rent a castle or a French restaurant.”
Duzar also said that December sees Christmas markets appear throughout Prague.
Charles Bridge, Prague, Czech RepublicMeanwhile, Duzar said his homeland has many points of interest for tourists outside of Prague, adding the the Czech Republic has 12 UNESCO World Heritage Sites, over 200 castles and more than 100 golf courses.
Duzar said his country also offers medical tourism, thanks to its healing spas. “You can go there not only to relax, but cure whatever ails you.”
Among options for those seeking spas is Karlovy Vary, which has long attracted health-conscious sorts, thanks in part to hot springs reputed to have therapeutic qualities.
Karlovy Vary appeared in the James Bond movie Casino Royale.