Discovering another side of Jamaica 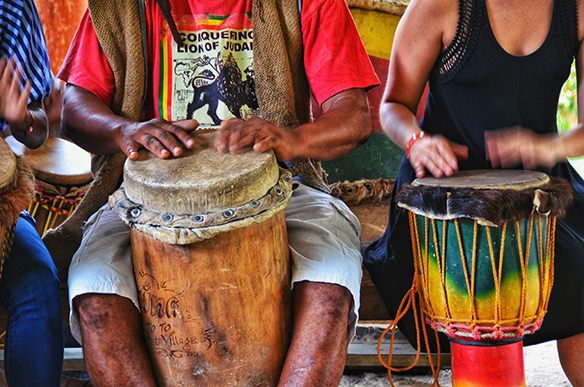 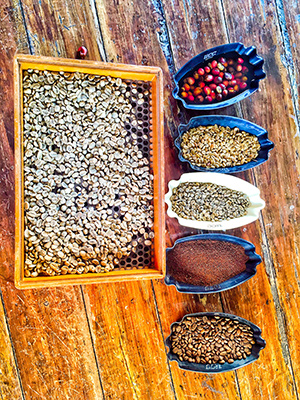 After taking a winding road from Kingston high up into Jamaica’s lush Blue Mountains, I’m sitting in a 200-year-old Georgian style house about to taste coffee brewed from beans grown and harvested in the famed surrounding range.
It’s on the veranda at Craighton Estate, overlooking sweeping views of thick green foliage, that I come face-to-face with coffee expert Alton Bedward. The mission: to discover what makes the mystical Blue Mountain coffee among the best in the world.
Bedward, whose passion is evident even before he describes his career path as “coffee chose me,” has been working in the industry since 1996. After a brief lesson I learn that by the time coffee was introduced to Jamaica in 1728, it had quite a tumultuous life over the centuries – sometimes outlawed, sometimes meticulously prepared by women to woo potential in-laws and other times thought of as the devil’s brew.

“Coffee was seen as a drink of rebels and revolutionaries,” he says. “It’s even said that many of Europe’s revolutions were planned in coffee houses.”
Going back to its first export in 1737, Jamaican coffee was distinguished for its unique flavour profile, the “coffee of kings and queens.” 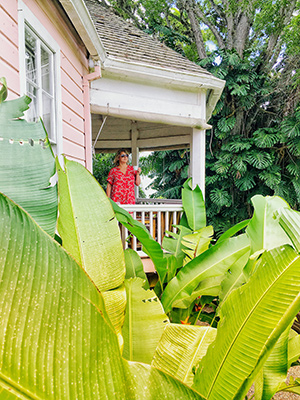 The top shelf Blue Mountain coffee known internationally today is grown in rich soil above 2,000 feet in the mountain range, where the top peak reaches some 7,400 feet above sea level.
“In the context of Jamaica, this is the oldest portion of our island,” he says. “It’s the only portion of Jamaica that is totally volcanic. It has evolved into a microclimate. The temperate here is always seven to 10 degrees Celsius cooler than the rest of the island and the day-to-day weather is very predictable. Overcast conditions, the ever-present Blue Mountain mist, total neutralization of daytime heat, a burst of sunlight in between.”
Long story short, he says the end result premium Blue Mountain coffee ranks at 97.5 in international coffee standards, and “that’s what makes it the best.”
These days, roughly 85% of Blue Mountain coffee is exported while 15% gets retained on the island. Of the amount exported, 70% goes to Japan, while the rest is distributed to Europe and North America.
As I prepare to take a sip of what seems like the most expertly crafted cup of coffee I’ll ever taste, I crack a joke about how a lot goes into a cup of joe, which actually rings true.
It’s good – so good I don’t even need to add cream… so good I need to go in for seconds.

Join Me In Jamaica 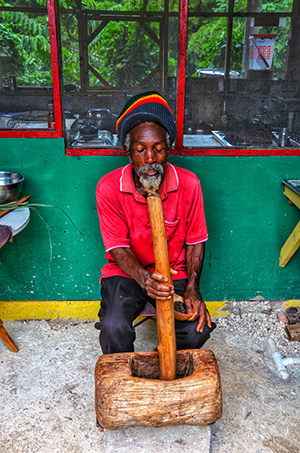 I later learn that Bedward is one of the faces featured in Jamaica’s new Join Me In Jamaica digital marketing campaign, which showcases local celebrities and personalities giving their take on what makes the Caribbean island special and what they love about their home country.
While many travellers – Canadians included – are often drawn to the destination for its warmer climate and sandy beaches, the ongoing promotion highlights the factors that distinguish Jamaica and what makes it authentic like music, cuisine and people.
As Ziggy Marley proclaims in his video, “You can go for the beaches, but there’s a deeper reason to go there, and that’s to re-energize your spirit and your soul.”
A few days after the experience in the Blue Mountains, I encounter another personality from the video series. First Man is part of Rastafari Indigenous Village, a living community not far from Montego Bay, that is dedicated to showcasing the cultural contribution of Rastafari to Jamaica. The village also produces its own soap, chocolate, jewelry, drums, spices and other artisan goods for visitors to purchase.
“We’re convinced that the best way to preserve a culture like ours is by awareness,” he explains after my small group wades through a shallow river to reach the property. “So we did set up this village and decided to use tourism as a tool to protect it, preserve it and promote it.”
Acknowledging “a strong relationship with the herb,” he says Rastafari is not a religion, but a relationship with all living things.
“The essence of Rastafari is to stay close to your heart. It is only through the heart that decisions of compassion can be made,” he says. “The principal that Rastafari seeks to use is called One Love. One love for us is not one love of human beings, it’s one love of life, of existence, of the air we breathe, of water, and we see everything as an extension of ourselves.”
Over the course of the conversation, other members from the village join our circle, and when the talking dies down, the group begins chanting and playing drums. After a few songs, audience participation is requested and we somewhat hesitantly join the band. It makes for a bonding moment I won’t soon forget. 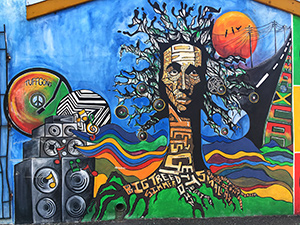 Describing it as the heartbeat of Jamaica, Nicola Madden-Greig, chairman of the Gastronomy Tourism Network, says to get a true feel of the island, travellers must include a stay in Kingston in their travel plans.
“Kingston is known for sports, entertainment, and music,” she says. “There’s a really kind of cosmopolitan feel to Kingston, it’s a unique experience.”
With its location a “hop, skip and a jump away,” from the Blue Mountains, she says the city provides a great base for those embarking on the Blue Mountain Culinary Trail, which was launched last year to foster the growth of culinary tourism.
Named a Creative City of Music by UNESCO in 2015, Kingston was the breeding ground for multiple musical genres: reggae, mento, ska, rocksteady and dancehall.
“A lot of the legends of our music scene both past and present are in Kingston,” she says, pointing to the likes of Sean Paul and Shaggy.
But perhaps the most famous of them all is the legendary Bob Nesta Marley, who controversially moved into a house on Hope Road in 1975, near the residence of the prime minister at the time.
His former home and recording studio is now part of the Bob Marley Museum, where visitors can stand in the spot where hits like Buffalo Soldier and Redemption Song were recorded.
The house even has a room dubbed The Shot Room, which has remnants of two bullet holes, marking an attempt on the singer-songwriter’s life in 1976. Iconically, he went on to play a concert two nights later, with bullet fragments still in his body.
Prince Charles and Barack Obama are just a few of the notable figures who have toured the museum. 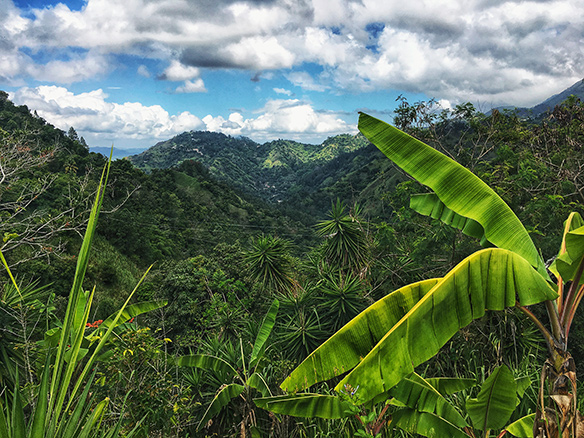