Home › Digital Post › Experience, reliability is what apto is all about

Experience, reliability is what apto is all about 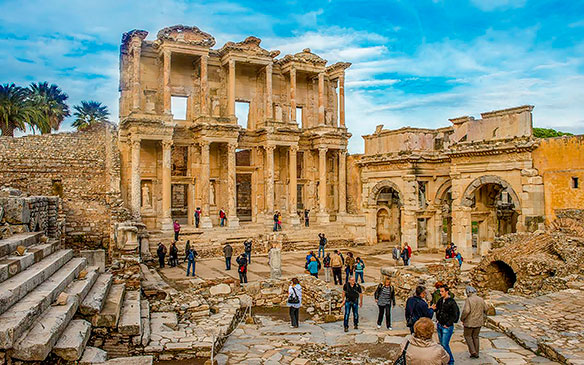 (Photo above: Tour operator members come from many countries, among them Turkey, home to the ruins of Ephesus.)

The Toronto-based Alliance of Pioneer Travel Operators now has some 30 members from destinations as diverse as Iceland, Peru, Greece, Hungary, Guatemala, India, Egypt, Turkey, and Spain.

Most of the members have been in business for around three-quarters of a century and some date back more than 100 years.

“The inception of APTO stems out of a vacancy in the market and industry,” says spokeswoman Alina Pak. “With the profusion of DMCs coming into existence worldwide and increased proliferation of misinformation in the marketplace, both consumers and agents providing outbound services are becoming increasingly weary and unsure of which inbound operators they can trust with their travel investments. Which travel operators can they rely on to receive transacted services while obtaining the best value for their money?

“APTO was conceived to advocate the reliability of partnering with APTO members and emanate as a brand the international market can trust. APTO’s formation connotes to setting a gold standard of travel operators in the travel industry.”

APTO says its members have “extensive experience in providing travel services, citing the likes of its Greece member having begun business in 1946, a Hungarian member opening its doors in 1902, a Thai member being launched in 1947, the same year an Indian member began business. A Portuguese member dates back to 1840, while an Italian company that signed up began business in 1929, and a member from Morocco opened its doors in 1958.

“All APTO members carry the distinction of being among the oldest established inbound operators in their respective countries,” Pak says. “APTO members congruently integrate into an exclusive group of the global tourism industry’s tourism caretakers.”

APTO says its board of directors will have representation from numerous parts of the world, among them Africa, Western Europe and Asia.
More information is available by callng 416-850-9928 or by emailing Contact@Alliance-PTO.org.