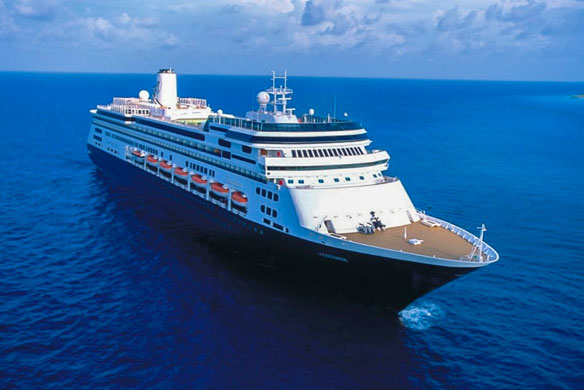 For the past week, Canadian Travel Press has been following the progress of two Holland America ships – Zaandam and Rotterdam – as they waited to receive permission to dock at Port Everglades, Florida. On board, along with close to 250 Canadian passengers, was the owner of an Ontario travel agency, raising concerns amongst his staff here in Canada. Fortunately, both ships were finally granted permission to dock on Friday, April 3.

An Ontario travel agent whose employer was on Holland America’s Zaandam – which received international attention as it tried to find a port that would allow it to dock and disembark its passengers – some who had contracted coronavirus – warns that media attention surrounding the plight of those on the Zaandam and other ships hit by the virus will likely put a dent in cruise bookings for some time after international travel again gets the green light from authorities.

Initially, Panamanian authorities said they wouldn’t let it cross the Panama Canal after it worked its way up the Pacific Coast of South America but then relented with the understanding that passengers would have to stay aboard while the ship was in Panamanian territory.

Setting a course to Fort Lauderdale

Holland America wanted the ship to dock in Fort Lauderdale and let passengers return home from there but local officials – initially said that their hospitals are already struggling with coronavirus – and wouldn’t agree to HAL’s request.

Four passengers died on the ship, although the cause of their deaths hasn’t been confirmed. But HAL has confirmed that other passengers had contracted coronavirus and sent another of its ships, the Rotterdam, to transfer some of the healthy passengers from the Zaandam.

The ships were sailing together until they finally received permission to dock at the Florida port on April 3.

The Ontario agent — who didn’t want to be identified at this time — says his agency’s staff were understandably concerned about their employer but says HAL responded “wonderfully,” providing good medical care to passengers.

“The only choice at each stage was to dock and all of the countries denied them this privilege. HAL had no alternative but to proceed to the most likely port which would receive a largely American group of people,” the agent told Canadian Travel Press.

“HAL has stocked the ships by boat (as docking hasn’t been allowed to date) without hesitation. While sometimes guests have been confined to cabins, this is in line with medical guidance. Meals and such have been delivered to cabins.”

Stories about the ordeal of those on the Zaandam and other ships that have had sailings disrupted by coronavirus will be damaging to the cruise industry for some time, he warns.

“Committed cruisers won’t hesitate to jump on board again,” he predicts. “Non-cruisers will have read these stories and it will take some clear messaging to bring them to embarkation. There will be many ships mothballed waiting for the business to re-build.”

But he’s hopeful about the long-term prospects.

“Our industry is a fine industry of enthusiastic professionals and in Canada we have excellent tour operators and BDMs for the cruise and resort industry. Our turnaround will be in solid lock with the economy,” he adds.