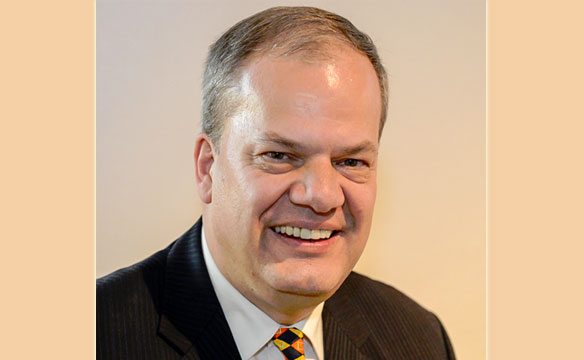 1. What level is Lufthansa operating at these days?

For the time being, the Lufthansa Group is offering long-haul flights from Frankfurt. SWISS will offer only three weekly long-haul flights a week to Newark (USA) in addition to a substantially reduced short- and medium-haul schedule. Lufthansa’s short-haul program will also be substantially reduced further, and only Lufthansa CityLine services will be operated from Munich. From the hubs in Frankfurt, Munich and Zurich, only a few European metropolitan areas will be served. The repatriation and minimized flight schedule runs until May 3 and only provides for a total of about 5% of the originally planned program. Brussels Airlines is currently working on a reduced but stable flight offer, the restart of its operations is now planned for May 15. Around 700 of the Lufthansa Group’s 763 aircraft will be temporarily grounded. Lufthansa Group carriers are currently flying 300 special flights with around 60,000 passengers on behalf of tour operators, cruise lines as well as the foreign ministries of Germany, Austria, Belgium and Switzerland. Another 50 flights are currently planned. We also recognize the need for swift and collaborative action to address the unprecedented state of emergency faced by the entire world. Employees in Germany who have completed medical training can now be released quickly and on a voluntary basis for specific work in a medical facility. Lufthansa will continue to pay the full basic salary of those employees, and further details of this initiative are currently being worked out.

2. What impact has COVID-19 had on your Canadian operation?

Lufthansa’s intercontinental flight schedule from Frankfurt, which is expected to run until May 3, is as follows: three weekly flights each to Newark, Chicago (all USA), Montreal (Canada), Sao Paulo (Brazil), Bangkok (Thailand), Tokyo (Japan) and Johannesburg (South Africa). SWISS will continue to offer only three weekly long-haul flights to Newark (USA) in addition to a substantially reduced short- and medium-haul timetable. Austrian and Brussels Airlines have suspended all flights until May 3 inclusive, affecting their respective services to and from Canada.

3. Some people might believe that the interior of an airplane is an unsafe environment right now. What would you say to those people?

According to the World Health Organization (WHO), the transmission potential of the new coronavirus has not yet been fully clarified. However, in the case of a human-to-human infection, the virus is transmitted by droplet transmission. In general, the risk of becoming infected with the virus during a flight is extremely low. Aircraft of Lufthansa Group Airlines are equipped with highly effective filters that cannot be bypassed by the air. All the recirculation air is filtered, removing contaminants such as dust, bacteria and viruses from the cabin air. This affects around 40% – the rest is added as fresh air from outside the aircraft. The separation efficiency of these filters meets the standards for filters in clinical operating rooms. Thanks to these special filters, the cabin air is cleaner than the air people breathe on earth. In addition to this, the air flow in aircraft takes place from top to bottom. There is no horizontal air flow from side to side or along the length of the aircraft. The air flow thus corresponds to the so-called laminar airflow of an operating room. In general, and regardless of the current coronaviirus, there are clear procedures on board, in case the cabin crew suspect a passenger of having an infectious disease. Some of these procedures include the following, among others: isolating the passenger by reseating him/her on board, using disinfectant, using personal protective equipment for crew members, and reporting this information immediately to authorities at the destination. Travellers should also apply the same good personal hygiene as on the ground. These measures include, for instance, careful and regular hand washing or avoiding facial touch.

4. How quickly do you think it will take to rebound after medical experts declare the pandemic over?

It’s going to take some time, but it will occur. The ramp-up will commence initially with domestic flights within Europe, as well as some flights between two regions that have overcome the virus and where no new cases have been reported for some time. I think during the summer season at some point we will see a pick-up in leisure travel, especially in terms of VFR traffic. Let’s not forget that across North Americans there are thousands of travellers eager to visit families overseas. As for business travel, I think our corporate customers will commence travelling once the situation allows for resumption of normal flights. At the end of the day, there is no substitute to face-to-face interaction…even in the age of Zoom. Most important is that the Lufthansa Group remains committed to the safety, security and health of our staff as well as customers, and so we will only fly once that can be assured.

5. What message do you have for travel agents during these tough times?

We remain committed to the travel agent community and need to work hand-in-hand with them to bring back travel in all shapes and forms once this crisis is over. For now we hope they are all safe and healthy.