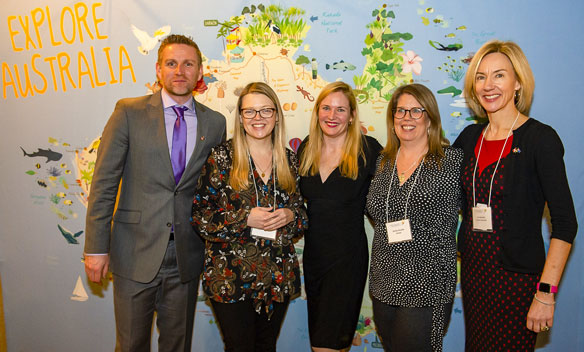 One of the tour operators that sends clients to Australia is applauding current Tourism Australia North American roadshows aimed at reassuring people the country’s safe to visit in the wake of bushfires that have ravaged parts of the country in the past few months.

The fires – fueled by unusually hot weather and prolonged droughts in some areas and blamed for the deaths of more than 20 people – have generated international attention and put a damper on Australia’s tourist trade.

The Tourism Australia delegation visited Toronto recently, with Jane Whitehead, Tourism Australia’s vice-president of the Americas, telling her audience that visitors can have both safe and enjoyable vacations in her homeland these days.

Whitehead said recent rains have doused most of the fires, and most of the large country has been unaffected by them.

“Please be assured you can continue to sell Australia in confidence,” she said.

Tourism Australia’s efforts to get that message out was immediately welcomed by Shirley Rourke of Goway Travel, which has a large Australia program.

“Bookings (for Australia) are down, as there is a wait-and-see approach to the fire situation,” said Rourke, who was on hand for the presentation. “We were delighted that Tourism Australia decided to do this roadshow and help us get the word out that much of Australia’s international attractions were unaffected.”

Rourke said agents she spoke to after the event were “very positive” about what they heard and will now continue to promote Australia.

Whitehead’s colleague Chris Allison in turn told the gathering that the fires have had “quite a significant impact on tourism in Australia” as many would-be tourists have become leery about visiting it at this time.

Whitehead praised agents for familiarizing clients about the situation, saying a “lot of cancellations have been avoided” because of their work.

“What you all do is so very important, and we are so very appreciative,” she said.

Updates about the situation are being provided at Australia.com.

Whitehead said that her homeland continues to offer visitors a “really memorable vacation” and asked people not to go simply “to do us a favour” in helping rebuild Australian tourism. “Go because it really does offer the best vacation that you can have.”

Many parts of the country remain pristine, Whitehead continued.

Tourism authorities have earmarked funds for a consumer tourism campaign to attract potential visitors who may now be wary.

Meanwhile, Rourke said that “now is a great time to visit Australia.

“There are some great airfares and availability. It is very important to get the word out, many operators are small or family owned businesses. When clients want those intimate experiences those are the companies they will travel with.  They need the support of the North American market.”

Rourke added that people tend to “love Australia: their unique wildlife, beautiful landscapes, Aussie spirit and culture. Maybe now, they will take it off their bucket list and put in on their to-do list.

She predicted that it “will take some time” for Australian tourism to fully recover “but I feel it will recover and increase.”