Get up close and personal with Costa Rica from afar 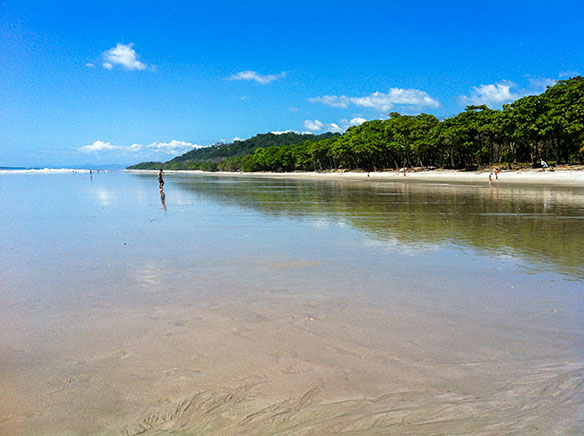 It marks the first-ime Pro Imagen has gone this route after 35 years of holding regular-style tourism shows.

“While different, we’re still excited and confident that it will be a great success,” Pro Imagen said in making its announcement.

Tourism authorities divide Costa Rica into 10 regions, all of which are expected to be represented during the show, which organizers predict will have 300 stands representing the likes of Costa Rican tourist boards, hotels and resorts, and attractions.

Twenty-minute appointments between suppliers and buyers are planned. Buyers from this country and elsewhere in the Americas and Europe as well are expected.

“Canadians are especially important because the country is included among the authorized countries to fly to Costa Rica after our first phase of opening of our air borders,” Pro Imagen’s Ivonne Duarte told Canadian Travel Press in mid-August.

“Since Aug. 1, Costa Rica opened air borders to a restricted number of countries, so we have been receiving visitors for almost two weeks already.  The first week the country received only six flights and we are hoping to increase the number of direct flights arriving little by little,” Duarte said.

Costa Rica had cases of coronavirus as of mid-August, but Duarte said the mortality rate has been low.

“Authorities are doing a great job controlling the situation and the health system in Costa Rica is very robust,” she said, adding the country hopes to soon be coronavirus-free.

She said those in Costa Rica’s tourist trade are receiving “positive messages from international tour operators” and there’s “persistent interest” in travel to Costa Rica.

“Around 13-15% are keeping plans to come this year and 60% postponed for 2021,” Duarte reported. “The interest is high, since Costa Rica is considered an ideal destination to travel in COVID times, due to important strengths, such as not being a mass tourism destination; 95% of the hotels are small, smaller than 50 rooms; having an excellent health system; nature and isolated destinations; broad implementation of hygienic protocols; and an extensive network of hospitals around the country.”

Duarte adds the platform used for the virtual EXPO is “very user friendly, the environment will have the look and feel of being in Costa Rica, surrounded by rainforest with ocean views. The participants will have fixed appointments face to face on a computer screen and a chat box. It will allow them to do business during the six days that are the official dates of the show. The stands will also have decorations and buttons to activate videos, photo galleries, social media and general information.”

And Duarte made it clear: “We really want to invite Canadian wholesalers and tour operators, since they are from among the first countries allowed to fly to our wonderful destination.”

The show is free and participants have a chance to win such prizes as air tickets, hotel stays and tours.