Iberostar set for next chapter 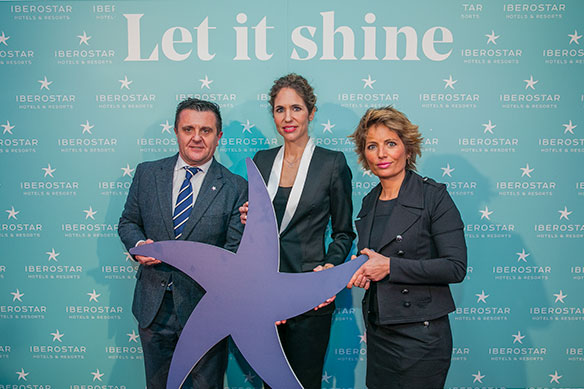 Amid an ambitious global expansion plan to open 15 hotels across destinations like Montenegro and Cuba in the next year, Iberostar Group has unveiled a new brand strategy complete with a colour-coded segmentation of its properties, a redesigned logo and the tagline ‘Let it shine.’

“Our passion for quality has made us constantly reinvest in the organization, to reinvest in our product, and to reinvest in bringing up the standards until it makes sense to put on a new dress, which is being represented by this new brand identity,” Gloria Fluxá, vice-chairman of the family-owned Majorcan company, which currently operates in 35 countries around the world, told Canadian Travel Press on location for the brand relaunch event in Madrid. “We’ve invested 500 million euros in the past years, and now 700 million euros in the pipeline to continually keep on improving the product and bringing up the quality standards.”

Along with a sleeker look to its trademark star logo, Iberostar has regrouped its hotels into three segments: city hotels — properties in leading tourist hubs such as New York, Lisbon, Barcelona and Havana, which will be displayed in cosmos blue; ocean resorts — the company’s beachfront locations, which will be identified in turquoise; and the new heritage segment, for hotels with historical and cultural significance, which are displayed in sage green. Meanwhile Iberostar’s luxury Grand category will extend across all three segments, and be identified by a coral tone.

“Just to add on the segmentation aspects, I wanted to mention there has been very intense work and effort in the past 24 months on this,” said Aurelio Vazquez, chief operating officer for Iberostar Group, during a media briefing at Iberostar Las Letras. “We really did an intense job rethinking ourselves and what each category segment meant in two ways – both regarding the value proposition for our end customer and also what it meant in terms of the service, the offering that we had including beverage, the infrastructures, the entertainment – all of these aspects were taken into account for each of the segments that we were considering, so that the fit between the value proposition and the offer that we were going to have for each segment would fit much better.”

As a result of recent renovations and acquisitions, the group’s properties have been upgraded to reflect 4- and 5-star status, as part of a larger repositioning shift towards operating and maintaining high-end hotels.

“We are now taking a major step forward in what is a key development for the business, repositioning it and setting even higher standards,” explained Sabina Fluxá, Iberostar Group’s vice-chairman and CEO. “This strategy is accompanied by a new brand image which, under the claim Let it shine, echoes our own determination to shine and to enable our guests to shine as well.” 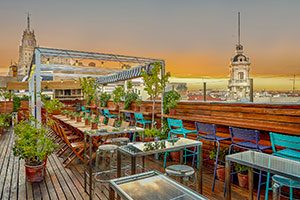 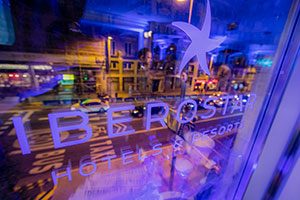 Set for growth
After ending 2017 on a turnover of 2.4 billion euros — a year-to-year rise of 20% — Luis Mota, Iberostar Group’s chief strategy and finance officer, says the company is well-positioned to take on its international growth and expansion plans.

“It’s not just a pure change of image or certain aspects of our assets that we wanted to communicate, it’s actually a reflection of a new strategy, of a new era within Iberostar. We’ve got a very ambitious investment plan coming on stream now, and that will be in its major part to develop new assets,” he said. “We are at an inflection point because we’ve invested a lot in our assets, we continue to plan investing both a lot in existing and new assets, and we want clients that want to come to those hotels.”

While 2017 saw seven new hotels added to the company’s portfolio in locations like Mallorca, Lisbon, Marrakech and Miami – along with a 125 million euros investment in renovations to hotels in Europe and America – 2018 will see 15 new properties in Montenegro (the Bay of Kotor and Herceg Novi), Mexico (Cancun) and Cuba (Havana, Holguín, Cayo Coco and Santiago de Cuba), in addition to a recently opened hotel in Barcelona.

“We look at the future as really bright, because we are very proud of having right now identified specific targets where we wanted to grow for many years,” said Mota. “We really want to achieve this both in terms of our assets and in terms of our target customer because we really need to raise in that front as well. We are developing more specific development plans to put those in place in places such as Los Cabos or islands such as Aruba.”

Overall, Iberostar Group, which dates back more than 60 years, has allocated another 700 million euros until 2022 for further investment in Europe and America. While the vast majority of the expansion is within the ocean resorts segment – targeting the US and Canadian markets – there are also plans to grow the number of city hotels.

“Our target is to have 15 [city] hotels, so we don’t want to be a huge city hotel chain, we just want to have very nice assets in capital cities that are by themselves tourism destinations,” he adds. “Two most obvious examples are one heritage hotel in Santo Domingo, the capital of the Dominican Republic, it is already in the works. And a city hotel in Lima, the capital of Peru. Those should both be open in 2019.”

As for the target clientele, he says the key is to attract high middle class guests, both families and couples.

“It is true that obviously after all these investments in our hotels and the new assets, we’re clearly upgrading the category of our hotels, so inevitably we are now targeting a client that is a bit higher,” he said.

Focus on agents
While changes are afoot, both Mota and Vazquez insist agents remain vital to the business.

“The trade is a very important part of our distribution,” Mota added. “As everyone else, we are working very actively in developing our B to C business, our direct sales to customers, but we never forget about the trade – both tour operators and travel agent networks are super important for us. They’ve been historically, and we intend that they continue to be in the future.”

Agents can access e-learning and online communication tools to learn more about the portfolio changes, what the value proposition is and what the new segmentation means, and can expect more presentations and webinars in the coming months.

As for the Canadian market, Mota said it’s always been important for the brand.

The essence of letting it shine
While the essence of Iberostar hasn’t changed, Mota said the company will be more verbal about what its value proposition is all about.

“The essence is our four key characteristics – the way we look at it is exceptional locations of our assets, that’s something we really want to convey to the public; two is quality of service; third is the importance we award to gastronomy at our hotels; and four is the closeness that our people are able to convey to our customers,” he said. “42% of our customers are repeating clients, for us that’s very rewarding.” 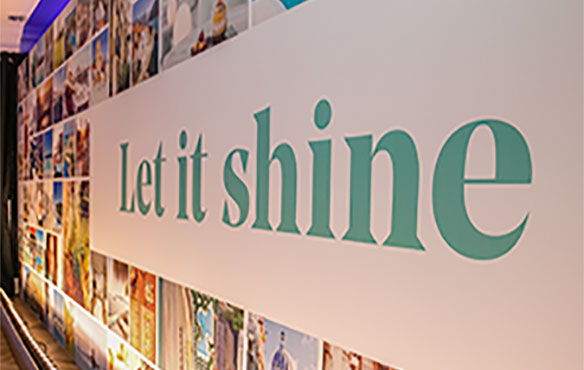