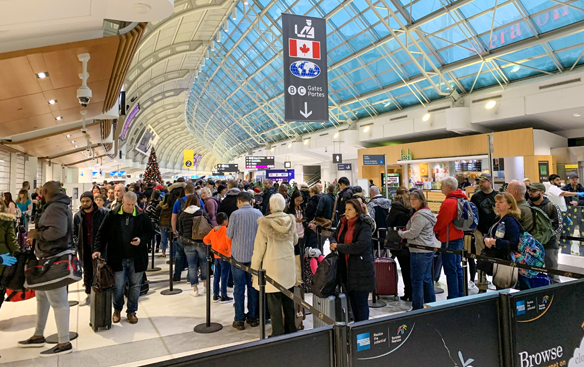 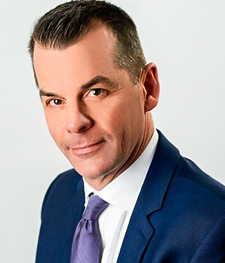 At a special meeting of members on Feb. 6, 2020, CATO members were unanimously in favour of enhanced consumer protection in Ontario by means of a different funding mechanism for the travel Compensation Fund in Ontario. CATO members and other Ontario registrants are currently the only contributors to the Fund, and, as a result, it’s horribly under-funded. Increasingly, the Fund has become a liability for not only consumers and registrants, but the government as well!

An actuarial report commissioned by TICO and performed by Deloitte in 2018 noted “[a] large registrant failure would significantly impact the Fund and expose TICO (DAA) to financial, consumer, political and reputational risk.” The precarious nature of the Fund and consumer travel protection in Ontario was also addressed in TICO’s 2018/19 Annual Report. One of its stated objectives then, was to “develop an action plan that considers alternative methods of financing the Fund and closing the gaps in consumer protection”.

Such alignment between industry, its many stakeholders and TICO is extraordinary and offers the government a great opportunity to remedy an otherwise ticking time bomb, as some have called it. The government must act.

Why is the current Fund level insufficient?

The Deloitte report indicated that at current levels (roughly $24 million) the Fund couldn’t possibly accommodate consumers’ claims in the event of a major registrant or end supplier failure (let alone a catastrophic one) such as the Thomas Cook collapse last year. A lesser known, but more recent failure was Excite Holidays in Australia, affecting hundreds and possibly thousands of current and future travellers. These examples highlight that such failures – large and small – can and do happen.

A currently competitive and financially healthy industry here in Ontario, along with TICO, has so far mitigated, to whatever extent possible, the chances of such failures affecting Ontarians. However, a failure could happen here. Right now, the industry is being impacted by the Coronavirus; we don’t know yet to what extent. Notwithstanding the fund’s subrogation requirements that necessitate it is the payer of last resort, the Deloitte study highlights its abundant deficiencies.

Citing the Deloitte report (available on TICO’s website): “A large registrant failure could result in the Fund facing a loss between $20 million and $183 million, with [a] ‘Moderate’ scenario equalling $62 million.

The ‘Moderate’ scenario considered a large registrant failure during the busy March break season where the estimated number of Ontario passengers is 135,000 for the month. The cost allocated for repatriation is $8.6 million. A key assumption made in the projection was that 90% of passengers would receive credit card refunds (chargebacks) as their primary method of reimbursement.”

So, even as a payer of last resort, the size and timing of a registrant or end supplier failure could mean consumers receive cents on every dollar and not the protection professed by TICO and assumed by many Ontarians.

How we can fix it

I’m not writing to propose, nor does CATO propose, any one solution to this underfunding problem. What we do propose is a principle that must be adhered to in order that we achieve what’s best: fairness. The fund must benefit everyone – consumers and registrants alike – fairly. Some may dismiss this as reducing consumer protection or even self-serving, but it’s not that at all. We have wholly inadequate consumer travel protection in Ontario right now because we have a funding mechanism that is inherently unfair and thus flawed.

How can this be sustainable? Why would anyone want it to be?

To say that we’re not ONLY for consumers is NOT to say we’re any less for consumers. Consumer protection and industry wellbeing should be synonymous. After all, a healthy industry increases the Fund and enhances consumer protection. Lest we forget Newton’s third law! It articulates that every action has an equal and opposite reaction. That’s a proven law of physics and it’s universal. If one countervailing force is greater than another, the lesser force will be exhausted and expunged. This is the case in free market economies where prevailing forces will ultimately determine winners and losers.

CATO accepts that government has a role to ensure consumers are not losers and do not succumb to failed businesses. Yet, government must be careful not to impede business, industry or an entire economic ecosystem to the advantage of consumers when seeking to protect consumers. Newton’s law will always prevail! Those corporations encumbered by government will have no choice, but to either withdraw from the market or accept the financial burden. Balancing the interests of consumers with those of industry can be done. The outcome may not be clear for Ontario at this point, but a balance appears to have been struck in Quebec.

Quebec may have a solution

With the introduction of the Compensation Fund for Customers of Travel Agents Act of 1996, the Office de la protection du consommateur (regulator) imposed a nominal protection fee (never more than $1 per $1000 sales) on consumers. This has resulted in a robust travel protection fund, to the extent there is currently a moratorium on any fees paid. By paying for it, consumers are not only aware of their rights to protection, but alternatively, the perils of not booking with a Quebec registrant. Both consumers and registrants in Quebec receive the protection and advantage that such a system provides and is deserved.

There may be other ends to achieving the kind of wholesome consumer protection that was intended when the Travel Industry Act was first proclaimed in Ontario many decades ago, but one thing is certain, the world has changed, and we’re not in Kansas anymore. At the time, the PP and event caps enshrined in the Act buffered the fund from the wealthiest one percenters who might exceed them, but today these caps limit almost all travellers and put them at greater risk.

Furthermore, the Internet changed everything. A travel seller in Ontario is no longer competing with other brick and mortar agencies in Ontario, but with anyone selling travel anywhere online. Today’s competition is global, it’s virtual and ubiquitous. Any consumer protection must account for this as well as Newton’s third law.

This is what needs to be done:

We need to create a value proposition for consumers and registrants alike. One that consumers will gladly pay for and that registrants are bound by – check.

Furthermore, one that provides surety for the consumer in the event of insolvency, as well as a hallmark of trust for the registrant – check.

Time is fleeting. The government must act now. There may not be another opportunity when all sides, all voices are so clear and so aligned.