Los Cabos on a roll in the Canadian market 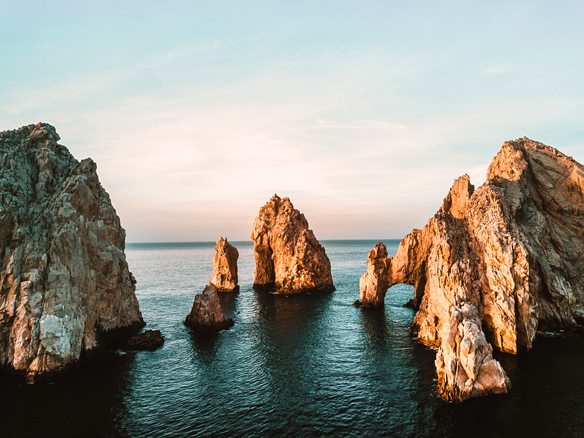 Canadian appreciation of Los Cabos is showing no sign of diminishing.

In fact, the exact opposite is true, with interest in the sun-soaked destination in this country clearly on an upswing.

Rodrigo Esponda, managing director of the Los Cabos Tourism Board, reports Canadian visitations during the January-July period were up 17%, with Calgary, Edmonton and Toronto among cities sending sharp increases in the number of visitors to Los Cabos.

“We’re very thankful for the growth,” Esponda says, adding the tourist board is grateful for the help it receives from its partners.

He says one reason for Los Cabos’ popularity is that it offers what he calls a “different experience,” thanks to its being a desert setting with mountains and the Sea of Cortez as a backdrop.

Esponda also praises the service levels tourists will encounter, describing it as “very professional,” while at the same time being relaxed.

The surrounding state of Baja California Sur leads all of Mexico when it comes to the production of organic fruits and vegetables, he adds.

Esponda is pleased Cabo offers unique experiences for visitors, among them “blamping,” which combines mountain biking with glamping. Cycling is easy in the area because of numerous bike trails. Those touring on bikes can visit towns that have intriguing pasts.

Another tourist option is dining on farm-to-table food with local artists on hand. The menu is synchronized with the art.

As well, what Esponda labels “a very distinguished group of locals” – which includes chefs, artists and concierges at hotels – has tourists visit their homes, learning about the area while doing so.

“These kinds of experiences you can only have in Los Cabos,” Esponda says.

Los Cabos hotels average around 250 rooms and 11 more hotels are slated to open within the next two years. But Esponda says growth will also be orderly, adding Los Cabos is committed to sustainability.

That commitment is reflected in part by the destination being free of billboards and having decided to ban the likes of plastic bags and straws, steps aimed at keeping plastic from ending up in the ocean that’s critical to Los Cabos’ tourism trade. 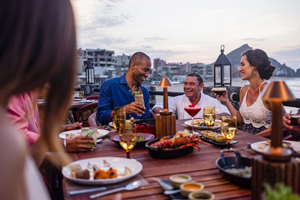 There are 11 cities in this country with flights to Los Cabos, making it “very convenient” for Canadians to reach it, Esponda says.

He notes that Los Cabos has training for travel agents interested in sending clients there. Agent incentives include discounts and fam trips.

Those interested in becoming a Los Cabos specialist can visit loscabosspecialist.com.

Meanwhile, Esponda has praised tourism board partners in the current contest it’s holding with Baxter Media. He states that Air Canada Vacations is “truly committed” to his part of the world and offers great hotels and experiences there, while the all-inclusive, adults-only LeBlanc Resort “really excels in the experiences you can have there.”

Among other things, the LeBlanc has the best Lebanese food he’s ever had in all Mexico, he adds.

Information for the current contest can be found on page 9 of the September 2, 2019 issue of Canadian Travel Press.

Enter for your chance to win a trip to Los Cabos at www.travelpress.com/win-a-trip-to-los-cabos/