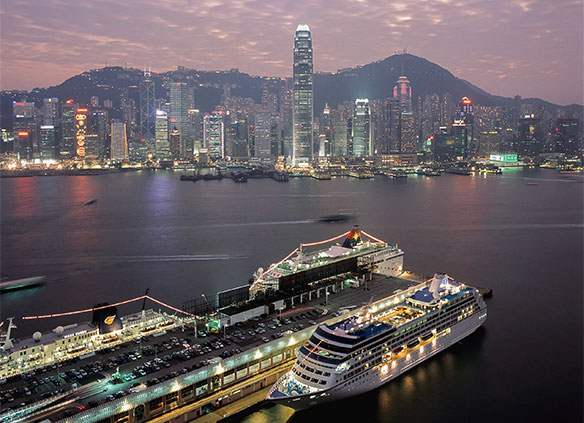 A buyer market composed of non-Asian “mainstream” customers continues to slowly grow for Taiwan
as a holiday destination, says Super Value Tours in Burnaby, BC.
But it is still a work in progress, as English-speaking mainstream travellers in Canada increase their knowledge of Asia and discover the differences between major tourism magnets like China, Hong Kong, Japan, and Southeast Asia. “
“Canadians are learning more about Taiwan; they are getting to know it better, but we have to be patient,” said Esther Lin, general manager at Super Value.
Not surprisingly, language barriers remain a challenge for some English-speakers. So too do price considerations, especially in light of the low-priced shopping tours to China that are being marketed by some competitors, said Lin.
Rates on these programs are extremely attractive, but they should be carefully reviewed to determine their outright comparative value, says Lin. For example, a 10-day trip to China that is priced around $1,000 per person including air will probably not meet expectations in terms of hotels and meal quality, she said.

Worry-free travel
“Travellers want to know that their tour will be worry-free and that their hotels will be comfortable and high quality,” said Lin. “They want to have meals in restaurants with high service standards and with no surprises. And they want to know that their guides will take good care of them, with no language barriers to deal with. We ensure these things are provided.”
Also, it is a rule for the company that there are no stops for shopping during the scheduled tour. “Customers pay to see tourist attractions and sites, they don’t pay to go shopping at a place where the guide is earning a commission on sales,” Lin told Travel Courier. “It dilutes the quality of the tour.”
Nightlife will be a key attraction for customers who are seeking a city lifestyle that extends to midnight and beyond. That’s standard procedure in Taipei, with more traditional high-end restaurants closing at 11 p.m., but with plenty more eateries and night markets open for hours longer after that, says the GM. “Some places are open all night,” said Lin. “People in Taipei don’’t go to sleep until 1 a.m. The Taiwanese don’t waste a minute of time.”
During the day, visitors to Taipei will be occupied exploring a city that is buzzing with youthful energy and a leading-edge sense of style in terms of architecture and fashion. But they will also likely end up exploring the country’s past at the famous National Palace Museum, where they will see exquisite Chinese artifacts that have centuries-old origins from mainland China.

Busy traffic with Hong Kong
This mix of old and new is also an alluring attraction in Hong Kong, which enjoys a robust stream of back-and-forth tourism traffic with Taiwan. This corridor between Hong Kong and Taiwan can be transited in just 80 minutes by commercial jet, and is serviced by over 60 flights a day. In fact, IATA says that the Hong Kong – Taipei corridor is their busiest international air route, based on passenger numbers.
Little wonder that both destinations have perceived opportunities to expand on the appeal of the route beyond residents of Taiwan and Hong Kong, and give it market exposure on a more international basis.
As such, a Hong Kong-Taiwan tourism partnership has been operating in North America since spring 2016, with the goal of attracting more tourism arrivals from this side of the Pacific Ocean to experience this double-destination concept.
In doing so, it demonstrates the ease with which a quick air commute and holiday getaway between the two Asian islands can be accomplished for visitors from Canada.
Overall, tourism visitations to Taiwan are growing, with an increase of 2.4% measured for 2016 over 2015, to a total of 10.7 million last year.
Major contributors to these numbers include its top three visitor markets – Japan, Hong Kong, and South Korea – as well as the US, France, Britain, Australia, and India.
Notably, they do not include China, which posted a 16% reduction in outbound travellers to Taiwan in 2016.

Lots of attractions
Lin extols the attraction of including a visit to Hong Kong in a vacation trip to Taiwan, noting that the tourism virtues of that city are numerous. Amongst her favourites there are Victoria Peak, the giant Tian Tan Buddha atop the mountain of Lantau Island and Hong Kong’s famous dining scene.
Hong Kong has also launched efforts to reveal more of its heritage to visitors, through themed Old Town Central walking tours that take in the city’s historic sections.
For example, the Time Traveller guide explores the Central and Sheung Wan area, where the story of modern Hong Kong began. From Possession Point, where the British flag was first officially raised, to the Tai Ping Shan area, where many Chinese first settled in the 1840s, this walk leads through some of the city’s original neighbourhoods.
It takes in the oldest Chinese temple in the city, the haunts of famous revolutionary Sun Yat-sen and the history-steeped area that is anchored by Hollywood Road.
www.supervaluetours.ca 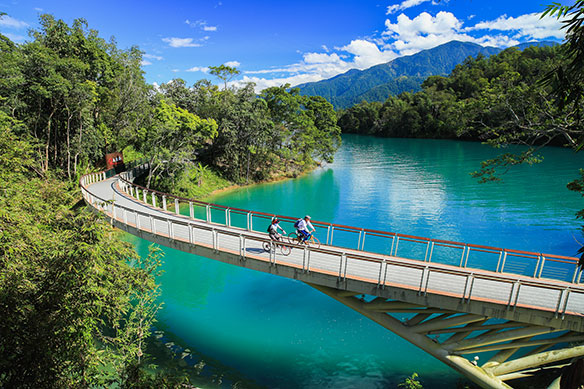