Making changes for the better 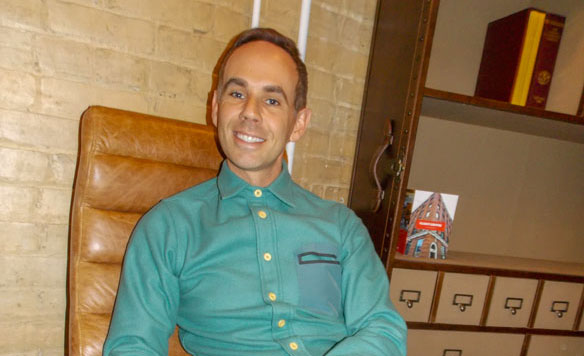 [Change is good, but change for the sake of change, well, not so much. In the second part of Canadian Travel Press’ interview with Gavin Miller, he talks about where Flight Centre is headed in 2019 and beyond.]

Ask Gavin Miller whether a world that is digitally transforming itself is going to change Flight Centre’s strategy, and he’ll tell you: “The retail strategy is evolving and it changes, but, in essence, it’s a very similar one that we’ve had for years which is that we really value and we believe strongly in the human, person-to-person expertise in that relationship. Our stores will continue to be revamped and evolved and that has been happening. We are not exiting our brick & mortar strategy. We will continue to invest heavily in having beautiful stores.”

However, he told CTP that: “Where it changes is that we continue to move our business to, as I said earlier, Humans for the Best, Machines for the Rest. So as flights, package holidays, certain products move to a more commodity, price-driven environment, what we have to do is continue to develop a unique product offering.”

He pointed out that: We’ve done [this] through the launch of our Better Beach product, which gives a unique experience that’s more curated by us; but also a place where people and customers can spend their money in a way that makes a difference beyond just that of their holiday – so through social change and other things.”

Miller summarized: “We’re aligning our product strategy with good social change. We’re investing heavily in our brick & mortar. And we believe strongly in our people and bringing customers to us who value that human relationship. So it’s getting pointier and pointier, as every year goes on, and it [Flight Centre’s retail strategy] doesn’t change, it just gets a bit tighter and more polished.”

Alive & Kicking
Whether it is a crisis of confidence or simply the media needing a story to fill out the day’s stories, the ever recycling “travel agents are dead” story keeps coming back again and again.

“You know what, it’s a conversation I have on a daily basis, and I think, if there’s any evidence that we’re here to stay, it’s the fact that we’re still here and it’s not just us [Flight Centre]. The independent agent movement across Canada is strong. It’s thriving. It’s growing. There are a lot of really focused individuals who have a really good book of business.”

So is this a problem due to retail agents refusing to accept the fact that they’ve long ago lost the monopoly on selling travel and that we live in a multi-channel world?

“Without a doubt,” Miller said. “It’s multi-channel and just about on every trip, people will book some stuff online, some ideally with a person, I’d hope, and in many cases, they do. Perhaps they book a private accommodation with Airbnb for a few days, but let’s not be fearful of that – it’s okay.”

Not the ‘R’ word
As for challenges facing the retail travel industry, Miller told CTP that: “The challenges continue to be the rising operating costs of our business in that things like rent and to design and build beautiful locations costs a lot of money. The costs are a challenge, and it’s going to be a constant challenge as well to ensure that we have good return on the product that we sell from our hotel, airline, cruise partners, and so forth. So reduced margins, and that’s based on rising costs, I think are the biggest challenge in that sense.”

He continued: “The other challenge, and we spoke about it briefly before, is this constant battle of the relevance of our industry and having to position ourselves as a relevant brand and business and model within Canada. I think that is a really fascinating challenge.”

He said that: “The challenge will be how do we weather that storm and how do we insure that we remain strong as an industry through that place. The biggest challenge there is that as soon as the recession hits or things are tough, the natural tendency is for everyone to drop their pants on price, and so, therefore, our model becomes even more challenged during that time.”

Yet, Miller also makes it clear that tough times bring with them opportunities, telling CTP: “On the flip side, the opportunity with that is that those who choose to invest when things are tough and to remain strong and steady and stick to their plan, I think the opportunity to gain market share is fantastic.”

Using Flight Centre as the example, he said: “We always do very well when things are tough – whether it’s natural disasters or whether it’s economic hardship, the human, person-to-person relationship shines during that time. So that’s an opportunity that we will always be looking to take advantage of.”

What’s the future look like?
“Well,” Miller said: “I think in general, and you mentioned it before, that there has to be not just an acceptance, but we have to embrace the fact that it’s omni channel – and we use that term [omni channel] a lot. You have to give customers the ability to book and interact with us in a way that serves their needs and [to do it] as they choose.”

He pointed out that: “We live on our mobile phone these days, so if we don’t embrace the fact that we have to make it simple and easy for customers to interact with us through text, through email, through chat, through calling, through whatever it may be – social media channels – I don’t think that we will remain relevant.”

Miller continued: “From Flight Centre’s perspective, it’s really about putting the customer at the centre of everything that we do and how do we allow our customers to interact with us in a way that they feel comfortable and by doing so make sure that they see us and make it as simple and easy for them to deal with us as possible.”

Yet the big question for a lot in the industry is who that customer is, with Miller responding: “There’s no one [type of] customer,” and noting that defining customers by age or generation is “becoming less relevant, to be honest with you.”

“I think it’s much more around how people act and behave, then it is around when you were born or where you live. Much more, it’s behavioural attributes now around what people are doing, how they’re acting and how they’re behaving then anything else, and I think we have to evolve to that,” he told CTP.

Summing up
Asked to tie it all up, Miller observed: “The only thing I would say, and I’ll just reiterate, is that as our business evolves and all these cliché words – like transforming and so forth – we believe strongly that having a person-to-person relationship at the heart of all of this digital transformation is going to be integral to our success.”

And he concluded: “I would say not only for us, but as an industry as a whole, we can’t neglect and forget that that is an important element of how we like to interact as human beings, and we need to build the model around it.”