Mississippi River goes through ‘the heart of America’ 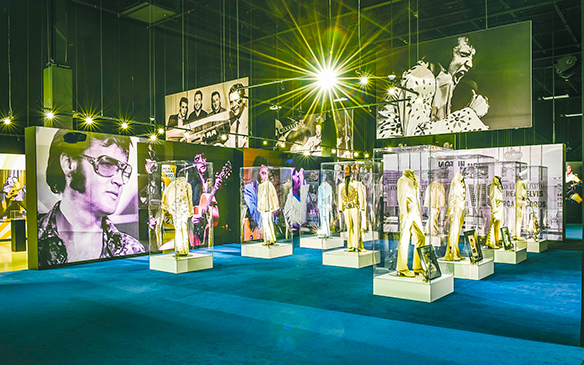 (Photo above: Elvis Presley’s home of Graceland can be visited in Tennessee.)

Lyn Pilch is inviting people to see where Mark Twain first made his mark.

Pilch is managing director of Mississippi River Country, which promotes sites in the 10 states fronting the Mississippi River, collectively a 3,000-mile route that works its way from being a stream in Minnesota to a mighty waterway that eventually empties into the Gulf of Mexico.

And, she says, those who journey along the entire route will see never-ending showcases for architecture, landscapes, distinct types of music and food, and both smallish communities and major metropolises.

For instance, those interested in hiking can explore the Smoky Mountains in Tennessee or the Blue Mountains of Kentucky, viewing “beautiful” scenery.

Those who appreciate music in turn can head to New Orleans, which among other things is the home of jazz and is in a state that has spawned numerous distinct styles of music; Chicago, famed for its lively blues scene; Elvis Presley’s Tennessee home of Graceland; Johnny Cash’s boyhood Arkansas home; and Minneapolis’ Paisley Park, which was Prince’s home and recording studio.

Visitors can also learn about “small-town America,” seeing such towns as Pepin, Wisconsin, home to Laura Ingalls Wilder, who penned such classics as the Little House on the Prairie series of books; and Hannibal, Missouri, the town in which Twain grew up. Such towns provide “American heritage storytelling,” Pilch says.

Other suggested tour themes include industry, education and agriculture, with possible sites on tours relating to the latter including visiting the Illinois headquarters of John Deere, known for its farm machinery, dairy farms, and even Missouri’s Warm Springs Ranch, the breeding and training facility for the Budweiser Clydesdale horses.

“Through these 10 states you get a real snapshot of the history of America,” Pilch continues. “I think this is a part of the U.S. that doesn’t get as much attention as the East Coast and the West Coast but the Mississippi River is the heart of America.”

Pilch says those wanting to see all 10 member states should allot at least 10 days to do so and ideally two weeks. It’s an easy road trip, with the Great River Road linking all 10 states and marked by signage that features a river pilot’s wheel.

Pilch concedes that some of the 10 states have higher profiles in this country than others but adds that all have interesting features. New Orleans has promoted itself somewhat energetically in Canada but Pilch notes a relatively short distance away and not as well known here is scenic Gulf of Mexico coast in the state of Mississippi.
More information can be found at experiencemississippiriver.com.