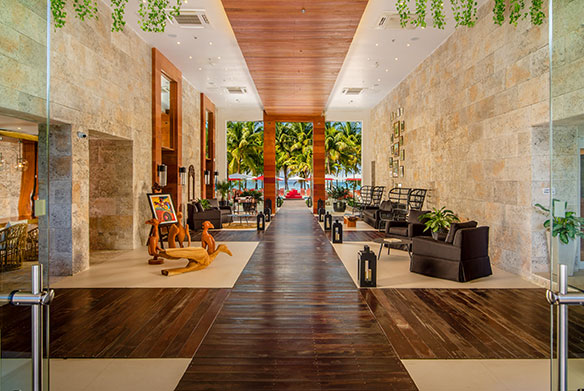 During Jamaica’s golden era, actress Katharine Hepburn was captured in iconic photographs zipping around Montego Bay in a stylish convertible. A blast from this past – in the form of a sister car to the 1953 Singer convertible – is now welcoming guests upon arrival at the newly opened S Hotel located on the Hip Strip.

“We have a picture of Katharine Hepburn, who was photographed just down the road for Vanity Fair magazine by Slim Aarons,” says Chris Issa, the Jamaican entrepreneur and owner of Crissa Hotels, which includes Kingston’s Spanish Court Hotel and the new 120-room property, motioning towards a print in the lobby. “Many other people have said growing up here, Montegonians, that they would see Dustin Hoffman, Aretha Franklin, they used to see Jackie Onassis come into the hotels along the Strip.”

Stemming from a boutique hotel that helped “put Kingston back on the map,” as a tourist destination, Issa says he knows firsthand the role that a hotel can play in breathing new life into a city.

“We say people don’t really visit countries, they visit cities. We think that Kingston and Montego Bay should be two household names,” he says, explaining his vision behind opening a European Plan city hotel in Montego Bay. “Yes, it may have possibly been more profitable [to open an all-inclusive resort], but this sort of begins a new chapter, a post all-inclusive era. Both because how the world is changing and how people are more willing to explore.”

Describing it as “South Beach, Jamaican-style,” Issa sees the hotel as a base for exploration, which is why he’s also focused on cultural development and building new attractions nearby, such as Usain Bolt’s Tracks & Records, an eatery and bar now open steps away from the hotel. 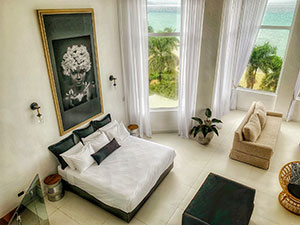 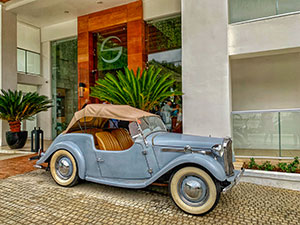 “We are a passionate Jamaican company. We believe in trying to influence culture into the product. We thought the location was super special, so we put our heart and soul, and I guess you could say every penny I had, into trying to make it a special place,” he says, noting the lobby of the project now offers a clear view of the famed Doctor’s Cave Beach, a popular bathing club dating back more than a century. “We knew we wanted to create a very special property here, we knew it was sitting on Doctor’s Cave Beach, and the beach really added to the development of the hotels along the strip in the ‘50s and ‘60s.”

Although the area has changed since then, his goal is to appeal to multiple types of guests, like millennial travellers and bringing back more upscale visitors. Even though there’s a lot of work to be done, he envisions the Hip Strip, which was re-christened Jimmy Cliff Boulevard, to see a similar revitalization to what took place in South Beach, Miami.

“The main hope with that is that we will attract people here who may not have thought to come to Jamaica,” he says. “We wanted to try and attract a bit of that South Beach-type market or people who go to these destinations around the world that have a certain edginess to them.”

From a main pool with vivid red umbrellas and lounge beds to a glass-wall lined pool on the upper Sky Deck, he says the hotel, which is located a short ride away from Sangster International Airport, is about creating real estate with magnetism – spaces that people enjoy and feel comfortable in.

“If you like the space, then you’re going to want to keep coming back to it,” he says, adding that guests can also access Doctor’s Cave Beach through the hotel.

While all rooms have unique appeal like turntables with a vinyl copy of Bob Marley’s “Legend,” the showstopper is the Presidential Suite, which spans two floors and offers impressive views, and can be connected with rooms on the fifth and sixth floor for an even more spacious suite.

Historical and cultural Jamaican design elements are woven throughout the hotel, which features multiple bars, restaurants, and pools, plus a spa, gym and café.

“We’re creating a new kind of hotel in Montego Bay, one that infuses modern Jamaican culture balanced with the sophistication of an urban hotel and the laid-back style of a beach resort, appealing to international travellers and locals alike,” he says. “We want you to think of this as a cultural museum that you can sleep in.”

Since opening on Jan. 27, he says the response has been overwhelmingly positive, and he foresees guests combining their stay in Montego Bay with a visit to Kingston in the not-so-distant future.

For Dan Hamilton, district sales manager and acting regional director – Canada for the Jamaica Tourist Board, EP hotels like the S Hotel provide travellers with flexibility and choice.

“A destination like Jamaica, where so much of the visitor experience is outside the resorts, must offer comfortable alternatives to the traveller who wants to immerse him or herself in the experience, without worrying about what they may be missing on the buffet line at lunch back at the resort,” he tells Canadian Travel Press. “While many of today’s vacationers enjoy the all-inclusive concept, we are a destination attracting a wide spectrum of travellers, and so, it is important for us to have strong, quality EP properties, for those who seek this alternative to the all-inclusives.”
(www.shoteljamaica.com) 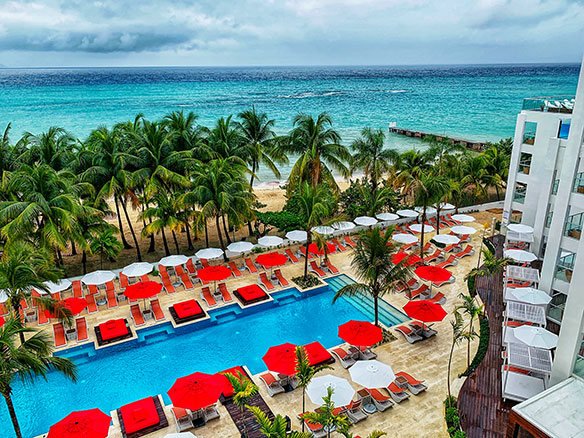