On the Singletrack To Success

Carcross/Tagish First Nations creates a win-win for the community 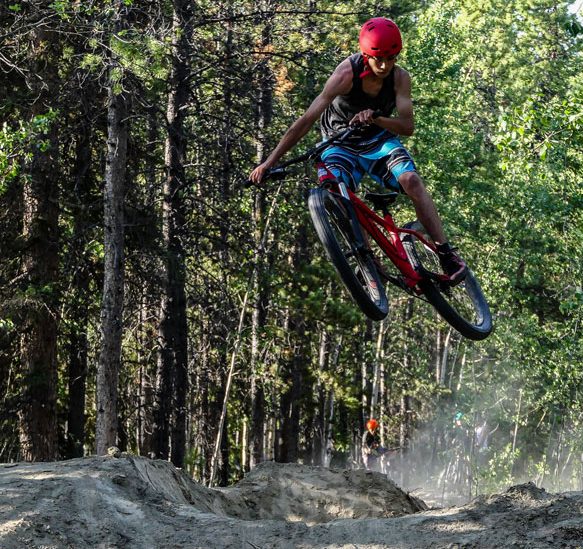 A First Nation community in the southern part of the territory that was the setting for the Jack London classic The Call of the Wild is now inviting energetic sorts to answer the call of the wheeled and, in doing so, likely seeing some of the landscapes that those who joined London on the journey to the Klondike gold fields would have traversed.

The Carcross/Tagish First Nations in the small southern Yukon community of Carcross has created a network of 75 kms of mountain biking trails through a project called Singletrack To Success (S2S), a community endeavor that saw input from elders and younger community members alike, with the younger members actually creating the trails that showcase an area featuring dramatic Yukon scenery and reminders of the Klondike gold rush, but also tells of the long history of those who lived in what is now the Yukon before gold prospectors arrived.

It’s one of only a handful of trails in this country to receive the ranking.

Trails – bearing such names as Upper Wolverine and Grizzly Bear – are color-coded to mark whether they’re beginner, intermediate or advanced, and work their way over varied terrain, such as pine forest and loftier treeless landscapes that even during summer may have patches of snow riders can cross.

Particularly challenging Mountain Hero is a 28-kilometer track that retraces a 105-year old mule trail used long ago by miners.

Screaming on the way down

But she adds that S2S project benefits aren’t only recreational, adding they provide work for local youth who maintain and improve trails. 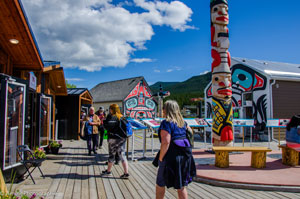 “This unique job opportunity reconnects our youth to their land, giving them life and work skills, ensuring mountain trails maintenance and more importantly giving youth a sense of pride and recognition throughout the community,” S2S’ website adds.

Druillet also reports that S2S — which dates back to 2006 – has a cultural side, enabling those maintaining the trails to learn about the likes of their community’s traditional territory and some of the vegetation that’s always been important to it as well.

S2S has gained appreciation within and outside the Yukon, with its sponsors including Air North, which bills itself as the Yukon’s airline; and the project being named a National Finalist for an Innovation of the Year Award at a TIAC conference in 2018.

The rugged Carcross area has numerous tourism attributes, among them the Caribou Hotel, the oldest hotel in the Yukon; what the Guinness Book of World Records lists as the world’s smallest desert; and “breathtaking” Rainbow Lake, also known as Emerald Lake and famed for the intense green hue of its water.

“Carcross is a little gem of arts and culture, full of things for you to explore,” adds Druillet   of a town found on Bennett Lake, which saw hordes of men who climbed the Chilkoot Pass pass by on their way to Dawson City at the end of the 19th century. 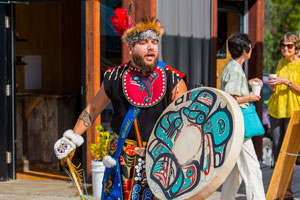 A win-win for the community

But the Indigenous presence well predated the arrival of the gold-seekers and Carcross visitors can learn about it in the town’s Haa Shagóon Hídi (Our Ancestors House) Learning Centre, which is flanked by eight totem poles.

And if those visitors who wander through Carcross are feeling energetic they can enjoy a little two-wheeled area exploration, something Carcross youth love to do, Druillet reports.

In fact, local rider Derek Crowe says that cycling has become a family affair for his friend Dominic.

“My favourite example of how mountain biking has been adopted into the community is seeing Dominic and his family go on family bike rides, sometimes there are 4 generations riding bikes around town and it’s only a matter of time before Dom’s pack of younger siblings are following him down the mountain trails that he helped build,” Crowe says, adding thtat: “Maybe one day they will get to build their own trails and add to the legacy.”

Druillet agrees, observing: “Kids in Carcross were mountain biking before the S2S program started. The trails are great for visitors and they’re providing a safe way for local bikers to keep busy.”

And that, she says, makes it “a win-win situation for the community.” 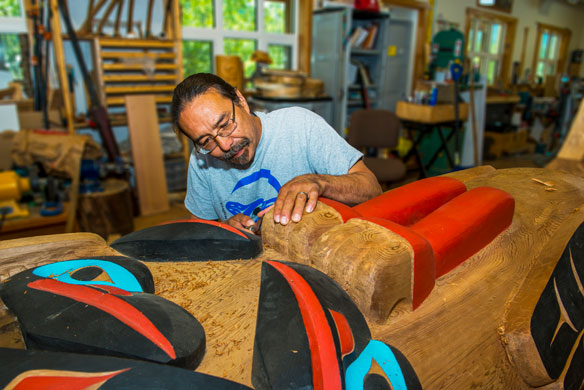