Home › Digital Post › Open for business and ready to welcome you

Open for business and ready to welcome you 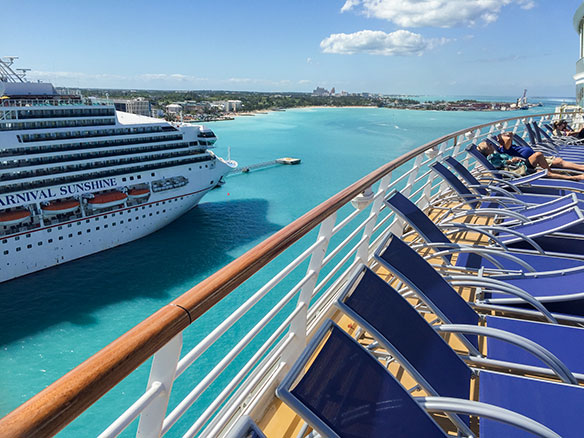 The Caribbean is open for business and several tourism organizations have teamed up to get the word out with a $1-million marketing campaign and a new website – CaribbeanIsOpen.com.

The Florida-Caribbean Cruise Association (FCCA), the trade association representing the mutual interests of the cruise industry and destinations and stakeholders in the Caribbean, has launched a multifaceted campaign – along with support from partners
like CLIA – to show that the majority of Caribbean destinations are operating normally, unhindered by Hurricanes Irma and Maria. And, recovery in destinations that were hit is well underway or complete.

“We have been working tirelessly toward hurricane relief efforts and continue to support rebuilding efforts. These are not just our partners, but our family,” said Michele Paige, president, FCCA, during a recent conference call with trade media. “The vast majority of the Caribbean [an area that encompasses a million square miles] was unaffected, but the public perception is that the entire region was affected and it is not a good time to go to the Caribbean. This could not be further from the truth – most of the Caribbean was unaffected and it’s business as usual.”

“Most areas were untouched, and recovery is happening very, very quickly in those areas that were affected. I expect every destination to be up and running in the coming weeks,” he said. “There is no better way to support the Caribbean than by going to the Caribbean.”

Royal Caribbean president Adam Goldstein, who is also chair of the FCCA, noted that of the 50 ports of call that Royal Caribbean calls on, only four were significantly impacted – St. Thomas, St. Croix, San Juan and St. Maarten – and said these are quickly getting back to normal.

In fact, Royal Caribbean has set Nov. 10 as the date for its return to St. Thomas with Adventure of the Seas.

He added he’s very optimistic about the season ahead and said he expects and hopes customers will follow the lead of those already sailing in the Caribbean.

“I guarantee they won’t be disappointed,” he said.

“We’re not going to take our guests to anywhere that doesn’t exceed expectations,” he said. “Right now there are tens of thousands sailing in the Caribbean and having a great time.”

It’s the cruise industry that is leading the way in helping the Caribbean get back to normal, with a single port call having a US$500,000 impact on a destination.
The awareness campaign, dubbed “The Caribbean is open for business and ready to welcome YOU with our warm and friendly smiles,” will target multiple media sources with destination footage, traveller testimonials, and a map showing that the majority of destinations are open and ready to welcome guests. It is also planned to feature special event and celebrity support, along with input and backing from destination leaders and travel industry titans.

A special website has also been created, http://www.CaribbeanIsOpen.com, serving as a resource for agents and their clients.