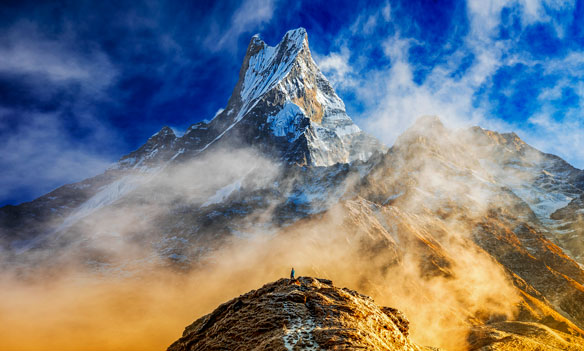 In his keynote address to the virtual audience at ACTA’s Travel Industry Summit held in mid-November, G Adventures founder, Bruce Poon Tip said that COVID-19 has presented an opportunity for both the travel industry and the planet. 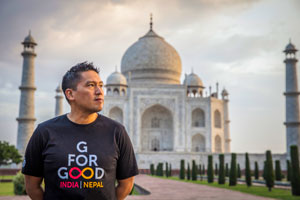 Who would have thought we’d be where we are today, Poon Tip asked, noting that back in the spring, he never imagined that the industry would have been closed down for so long.

And he pointed out that right now, the industry is under a lot of pressure because it simply is not clear “where we’re going.”

However, he told his audience that G Adventures is beginning to see ‘green shoots’ as the industry works to get travel restrictions, like quarantines, lifted; and he points to the idea of travel corridors as a possible option, while making it clear that rapid testing is key.

Bottom line, said Poon Tip: “We need to get planes back up in the air.”

But G Adventures founder also told those attending the virtual event that COVID-19 has brought the industry together, as we have come together to fight it.

He pointed out that “this is going to be over” with the arrival of a vaccine and by late spring or early summer, the early adopters will travel, with larger numbers of people looking to travel in the late fall of 2021.

Yet Poon Tip also noted that before the pandemic, the industry wasn’t in “such a great place” as it was more intent on “selling amenities” than the destination – pushing for more growth, and forgetting about what had drawn most people into this industry – the passion and love of travel.

And if anything comes out of this, Poon Tip hopes that it will be that people will be more connected with the destination.

In this respect, he emphasized the importance of travel advisors in restoring this passion; and praised them for getting people home when COVID-19 hit, and said that the industry needs to continue with it message that having a travel professional will keep travellers safe and give them an advocate when they have problems.

As Poon Tip sees it, COVID-19 has offered travel agents an opportunity to have a renewed dialogue with their customers.

Supply Versus Demand Side 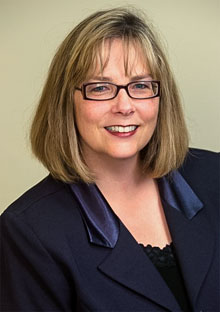 Following ACTA VP of Advocacy, Heather Craig-Peddie’s fireside chat on how the government has supported businesses and workers through the pandemic with Assistant Deputy Minister, Small Business and Marketplace Services at Innovation, Science and Economic Development, Frances McRae, the conversation at the Summit turned to how the relationship between agents and suppliers needs to evolve.

As a group, there was definite agreement that moving forward, health and safety would be first and foremost for everyone – customer, advisor and supplier.

TTI’s Rocky Racco pointed out that the pandemic has clearly cemented the value proposition of travel advisors with consumers.

He said that although things are extremely fluid and unpredictable right now, clients clearly recognize that their advisors ‘have their backs” and will be there to look after them in future.

Collette’s Brett Walker agreed with Racco, telling the virtual audience that customers have to know that they’re going to be taken care, pointing out that that value proposition involves trust, empathy and caring.

Said Walker: “Agents and their customers are going to look back on what just happened and how they were dealt with by suppliers.” 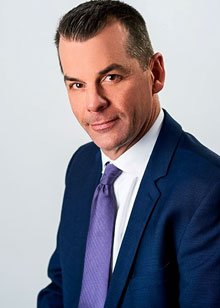 In the future, he observed, customers are going to want to know that they’re going to be taken care of end-to-end.

As a result, he said that the industry is going to need to be as flexible as it can be as it restarts things.

For TPI’s Zeina Gedeon, COVID-19 has brought to light the need for agents and suppliers to work together more closely.

Uniglobe Travel’s Dean Dacko agreed, saying that the industry now has an opportunity to work together to create a sustainable model.

David Green of G Adventures echoed others on the panel, telling the audience that agents provide value and are “massively” important to his company.

For Collette’s Walker, the value that agents provide is unquestioned, but he also pointed to how he sees the relationship going forward.

Walker continued: “This is going to be a partnership like never before. We focus on supply. Agents focus on demand.”

And that, is definitely something for the industry to build on … As ACTA’s Craig-Peddie noted in her summary of the session, while ACTA has issued a statement on the need for changes to the supplier-agent relationship, it is going to take more than a press release to make those changes a reality. 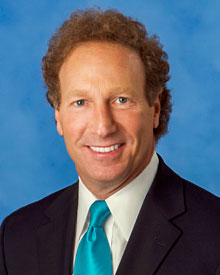 If there was a single point – and there were certainly many more takeaways – that was hammered home to those attending ACTA’s mid-November virtual summit, the Global Business Travel Association’s (GBTA) executive director, David Hilfman and its regional vice president for Canada, Nancy Tudaroche made it abundantly clear that the face-to-face meetings that came to an abrupt end with the arrival of the global pandemic are critical to doing business.

Tudaroche told her audience that while the industry has adapted by using email, text messages and virtual meetings to continue doing business on a temporary basis, these methods simply cannot replace the significance of face-to-face meetings in business.

Hilfman and Tudaroche teamed up to offer insights on the impact of the global pandemic on business travel.

Hilfman told his audience that the industry needs to find a way to get borders open and he pointed to rapid testing, cooperation and taking a common-sense approach as key factors that will make a major difference.

Tudaroche agreed, observing that news of a vaccine is a step in the right direction to help get business travel started again.

As Hilfman sees it, everyone should be optimistic with the appropriate level of concern that we do it the right way.

Tudaroche made it abundantly clear that no matter what, there is no doubt that business travel will definitely be back.

As The World Turns

In a crisis, it is always a good thing to figure out where you stand in comparison to others and that’s exactly what ACTA did during its mid-November session as the association’s president, Wendy Paradis talked with a group of travel association leaders from around the world. 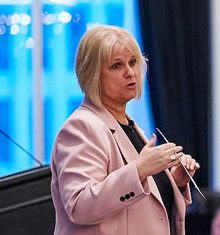 Paradis guided the panel through a range of issues, getting them to provide an overview of the state of play in their part of the world; the key issues that they were currently dealing with; and, finally, to find a positive in the current state of affairs.

Like Canada, each of the association leaders made it clear that COVID-19 had had a “severe,” “massive,” or “huge” – choose the adjective you prefer – impact on their members and the travel industry in their countries.

The Association of Southern African Travel Agents’ (ASATA) Otto de Vries said that there was a “complete collapse” as there was a point where “there was nowhere to go and nothing to sell.”

However, the situation has improved with South Africa introducing a system that tracks which countries can be travelled to and which can’t, but de Vries observed that the colour-coded system has created challenges for the industry because it is regularly changing.

The upshot is that at the moment, de Vries told the ACTA audience, the industry is at about 20% capacity.

Eric Drésin of the European Travel Agents’ and Tour Operators’ Association (ECTAA) said that “business has been devastated,” with an 80% drop in turnover and while the industry saw a bit of a recovery in June and July after the first wave, things worsened in August and September and October have been “difficult.”

While ASTA’s Mark Meader said that while the global pandemic has been a “catastrophe,” things are improving; pointing to a rise in air ticket sales.

And while Meader said that the expectation is that leisure travel will come back faster than business travel, 95% of agents are reporting that their business is down by 75%.

And while Bowman said that “domestic travel is happening,” it has been “hard on the industry;” adding that from a health perspective the New Zealand government’s approach has been working.

Bowman did note that one of the concerns of TAANZ is that during the pandemic the industry has been “ignored.”

Air corridors have been proposed as a possible solution to some of the woes of the industry in the past few months.

ECTAA’s Drésin said that a number of member states in Europe have tried this approach – mainly island destinations – and it has helped, giving consumers the confidence to travel.

But Drésin observed: “We’re happy with it, but it was more of a patch. It cannot be the solution. We need to find something that’s more global and responds to the new normal.”

In New Zealand, Bowman told the audience that the association continues its government lobbying efforts; it is chasing payments for agents from a number of suppliers; and it is working on air travel bubbles, particularly with Australia.

ASTA’s Meader said that in the US, the Society has a number of priorities that including working on getting relief for its members as many of the government program available earlier in the year having “now run dry.”

It is also focusing on the cruise industry and the CDC, observing that clear standards need to be in place to get the cruise industry sailing again and, in this respect, getting international travel going again is critical. Naturally, ASTA is also working on agency compensation and commissions.

For her last question, Paradis asked the panelists whether there was something positive in all of this.

ASATA’s de Vries said that it has given the industry an opportunity to take a long hard look at the business model and the value of travel agents going forward.

In fact, he pointed out that COVID-19 has been the great leveler so that today, “it’s like everyone is running a start-up.”

He also said that he’s proud of the work the industry has done to position itself with government and he added that it has also given the trade an opportunity to reposition its domestic tour offering.

Meader said that in ASTA’s consumer surveys, they’ve found that if consumers have money to spend when this is all over, they made it clear that they’ll spend it on travel.

The positive for ECTAA’s Drésin is that there has been a lot of discussion about sustainable tourism, with the industry talking about working together on this as the industry restarts.

TAANZ’s Bowman told the audience that the success of New Zealand’s border closures put the country in a “great position,” and “we’re on the cusp of being able to take the next step.”

In summing up, ACTA’s Paradis said that the panelists have made it crystal clear how the value of working with a professional travel advisor has risen during the pandemic.

And that is definitely a good thing. 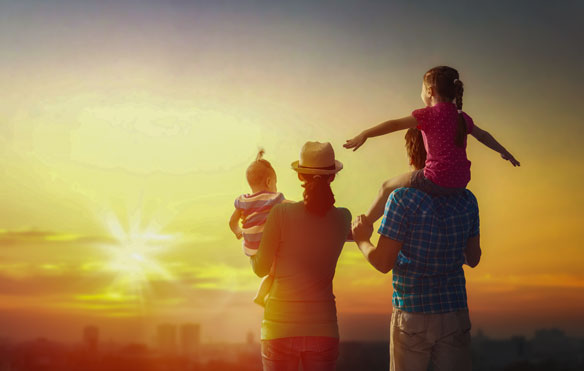