Home › Digital Post › Sunwing: With agents, every step of the way

Sunwing: With agents, every step of the way 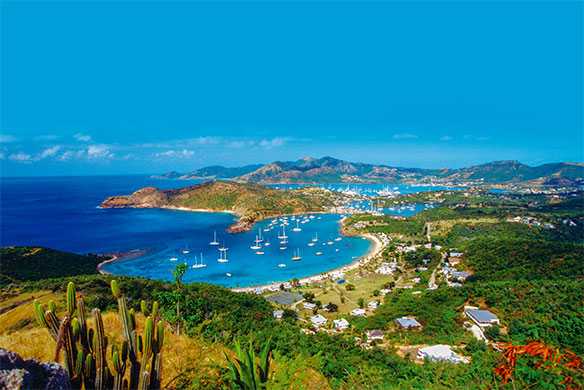 In the travel business – as most know – timing is everything.
So, it seems only fitting that the Sunwing Travel Group picked May to roll out its Winter 2018/2019 product line – a month when suppliers now celebrate the passion, hard work and dedication of their travel agency partners.
And Sunwing’s Every Step of the Way tour is doing just that, as it travels across Canada over the course of the next month, making stops in 21 different cities. More than 80 suppliers are participating in the tour which is expected to attract over 5,000 travel agents.
Andrew Dawson, chief operating officer for the Sunwing Travel Group, told Canadian Travel Press that the tour’s Every Step of the Way theme reinforces the fact that with Sunwing, agents have products and services “that they can sell with confidence.”
It’s a message that agents have definitely picked up on, with Dawson noting that independent figures released recently indicated that Sunwing now has “the highest ratio of sales from third party agents of any of the major tour operators.”
“That’s good for us,” Sunwing’s COO continued. “I’m sure there are many people who would not have expected that.”
And he added: “Obviously, they’re [travel agents] an important part of everything that we do. That’s why we invest in things like the Every Step of the Way road show that we’re doing and in things like independent travel agent fams that we just put out in the last couple of weeks. We have a full suite of webinars to continually educate [agents] about [our] programs and that’s over and above the visits from their BDMs.” 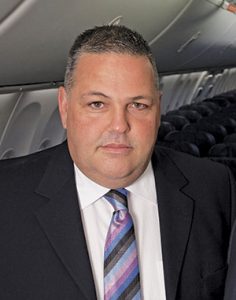 The new normal
As for the launches themselves, Dawson said the focus will be on Winter 2018/2019 product and Summer 2019 product as well. And, while some may struggle to think about the fall with the summer yet to arrive, Dawson pointed out that: “It’s how it is now. It has become the new normal.
I mean, the launches have tended to be in September, but what that did is, we weren’t managing to educate [agents] on everything that was new for groups, and so on, [because] you know the groups selling period is three-quarters done by then [September].”
One of the headlines from the tour, Dawson said is the fact that Sunwing now has a dedicated team in-destination who all work for the company.
“They are there to help people in-destination, and they are our employees. We’ve been doing it since the beginning of the winter season [2017/2018], but it has taken a little bit of teething, a little bit of ironing out and now we’re happy to advertise it and push it out there.”
He continued: “The idea is that there’s somebody there for you. It’s not like making a booking on a strange web site and you’re on your own. There is actually a Sunwing person in every destination, and they’re accessible through the Sunwing App. As well, every passenger on their e-documents has the contact information for these people as well.”
The message, Dawson explained is that: “From the moment you book your vacation, we’re here for you. We can add that excursion for you; we can add special things for you that other people [companies] can’t – room upgrades, in some hotels now, the ability to pre-book your precise room and that kind of service continues right through your vacation.”

Product first
Asked to define Sunwing, Dawson told CTP: “We’re North America’s largest vertically integrated travel company – which we’re very proud of. It’s now five winters since the Hotel Division opened the first [of its] owned hotels and across the owned and managed hotels, we’re now at 15,000 rooms. Owned is just under half of that. It’s about seven owned [hotels] and eight managed [hotels].
And there’s more to come, with Dawson telling CTP that: “I think that the real growth from the company will come in expanding the hotel portfolio. The hook up with Planet Hollywood is very exciting for driving growth and opportunity there. And then we’re also beginning to really see good growth from our US tour operator – Vacation Express. I think there is a lot of scope for Vacation Express – especially as that industry seems to be consolidating in the US.”

As for what makes
Sun-wing different, Dawson is quick to answer: “I think with the Canadian competition, our difference is – and this is something that I’ve been at pains to say for the eight years I’ve been at Sunwing – that we look at the product first.”
He continued: “We’re selling the vacation. We’re selling the hotel, the resort, the destination – first and foremost. And then, when we have the best product, the best value product, then we add the lift to that and not the other way around.”
The point, said Dawson is that: “We craft our aviation to support the product as opposed to [our] three other [competitors] which are really airlines that also sell holidays.”

Finding the balance
Which leads to the more obvious question of why should agents sell Sunwing, with Dawson responding: “Because we have a consistent level of good quality product that agents can sell with confidence – exclusive product that’s only available through Sunwing. We know [that] because we do full customer service questionnaires with everybody who travels with us. We know that we have some of the highest quality scores in the industry. And we’re [regularly] monitoring the quality of the product to make sure that what we do sell is consistent.”
For agents, Dawson pointed to the Star Points program and the fact that retailers can now earn those points on the excursions offered by Sunwing Experiences, observing: “There’s a lot of opportunity [for agents] to add value over and above the commission which [they] can earn by selling the package.”
On the group side of things, Dawson said that: “We have the widest range of groups and have been forever innovative in the Groups field, and now with the Groups Plus [program], there are now more hotels which offer [group concessions] than any competitor.”
Moving forward, Dawson told CTP that one of the big challenges is finding a balance between having a real cost-efficient air program and “the requirements of people going to luxury hotels.”
“It’s trying to get that balance right,” Dawson observed. “One way that we’re going to improve our product is that we’re taking [delivery of] our first two Boeing 737 MAXs the last week of May.”
For agents, Dawson said, the takeaway from all this is pretty simple: “You can get everything from us. It’s the product range; the variety of departures that we offer; the breadth of our schedule; the number of hotels; the first contact resolution – all of those things make us Number One to the Sun.” 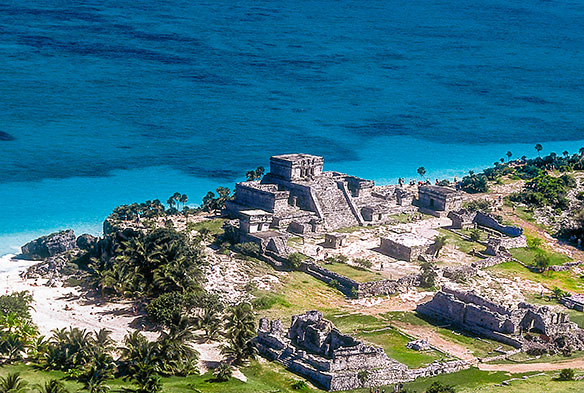