Take a tour, make a difference for Australian wildlife 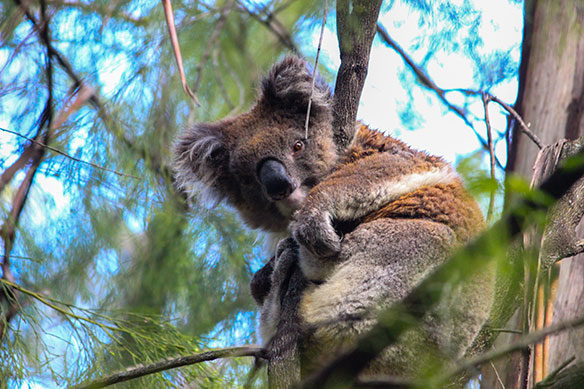 Janine Duffy says those worried about the likes of wallabies and wombats following the fires that raged through much of Australia recently can lend a helping hand to those creatures by touring their turf.

Duffy, with Echidna Walkabout, which has itineraries that revolve in large part around Australia’s natural side, says visiting Australia in the near future can not only help those who work in tourism in the wake of the country’s devastating bushfires, but also the wildlife that is often a focal point of of the country’s tourist trade.

The bushfires – which were unprecedented in scale, but have now been doused by rain – were blamed for over 20 deaths, but there has also been speculation that as many as a billion animals were killed by swift-moving flames.

“Wildlife needs industry support, and there’s no other industry that really needs wildlife like tourism does. Most locally owned tourism companies and some of the larger multinationals, are vocal supporters of wildlife,” said Duffy, who as a result of the fires, “put together a meeting of top-level koala scientists, funding organizations and tree-planting groups to work out an action plan” for koalas. Koalas – often seen as iconic of Australia – are among species believed to have suffered heavily.

“In fact, just about every tour operator we know has been donating to fire relief, offering their services and supporting organizations like our Koala Clancy Foundation,” Duffy continued. “I’ve never seen anything like this.”

The fires made international headlines for months and one recent report suggested a fifth of Australian forest may have been burned. The devastating nature of the blazes fuelled debate within and outside Australia about climate change.

But Duffy – whose company works with Toronto-based Goway Travel and is named after a curious-looking Australian mammal – said in early March that the country’s forests rebound quickly, with green leaves often appearing within a month, and “all over eastern and southern Australia burnt areas have a fuzzy fringe of green already. There is food for animals. However, there may be some areas that don’t recover in that time frame. We just don’t know yet because we’ve never seen anything like this before. These fires are not normal, and even the climate scientists did not expect anything this big and this ferocious to happen in our lifetimes.”

Despite the high wildlife death toll, Duffy said visitors will still be able to spot the type of creatures that lure many visitors to her homeland.

“This is the strange thing,” she said. “It’s actually become easier to spot wildlife in some ways. Towns like Mallacoota (in the state of Victoria) had the surrounding forest torched. But fire services threw everything they had at saving the town and they succeeded. Wildlife fled into the town and have remained there. Locals are telling me they’ve never seen so much wildlife in their backyards, and this is a town that is famous for having kangaroos in the main street.”

“Nearby Lake Entrance did not get burnt. But the fires were close enough that a lot of the wildlife that is normally hidden in the forest is now in the town.

“For travellers (who are wildlife enthusiasts) , now is the best time to come. If a town is open, and most are now, it will have wildlife. Towns are the refuges. And the locals will love you for coming.

“Wildlife is accessible and visible right now,” she continued. “Opportunities to help wildlife abound and are growing. Travellers are welcomed like never before (by those appreciative of tourists coming at a time when visitations have fallen), and we are

welcoming by nature. Importantly, by seeking out those operators who are helping wildlife, travellers bolster a sector of the travel industry that is progressive, authentic and leading the way to a better world.”

Duffy has drawn up a list of 15 tour companies that she identifies as actively working to safeguard wildlife. Her own company has been having clients help remove thick-growing boneseed vegetation near the Melbourne area on one of its tours. Boneseed can make it difficult for koalas to reach their preferred food.

Meanwhile, Duffy says there may be a silver lining in the bushfires cloud, stating that what her country has undergone has shown the world “what climate change can do, and it is terrifying. This is a turning point,” she said, adding she hopes travellers will “include a conservation action everywhere” they go and pick a spot “where your visit can have the biggest positive impact.

“Right now, and for a year or two at least, Australia is that place. You will love it. She is still beautiful, she still has the most adorable wildlife in the world, and you are safe here. You will never feel so good as you do after a wildlife conservation holiday.”

Go to www.echidnawalkabout.com.au/holidays-help-australian-wildlife/ for more.