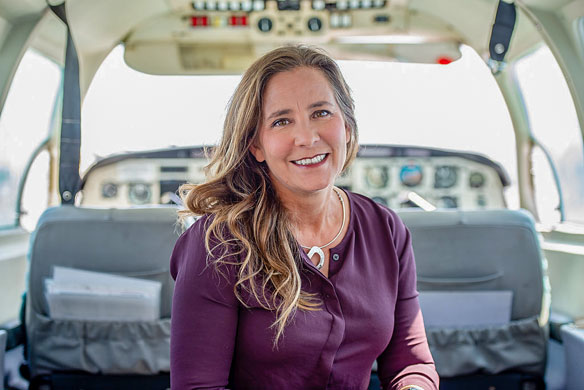 They’re movers and shakers. Their contributions have changed and continue to change the nature of travel, both in Canada and around the world. In this week’s issue, Canadian Travel Press’ series of profiles on Women in Travel continues with Teara Fraser, the CEO of Iskwew Air.

Caught up in the excitement of accelerating down the runway aboard a small plane while travelling in Africa, Teara Fraser decided to pursue a career in aviation. 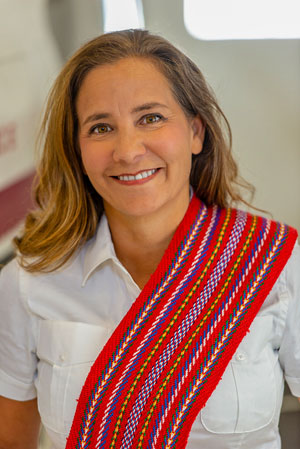 “The pilot was showing us the animals from the air, and I was just like wow, that guy’s got the coolest job I’ve ever seen,” she says of the transformational trip. “That was so awesome and I loved it, and then a couple of weeks later, my second time in a small plane, I decided that’s what I wanted to do. It ignited a passion that probably I’ve been looking for, for all of my life. I decided in that moment that I would be a pilot.”

Within one year of returning home to Canada, the then 30-year-old had a Commercial Pilot’s Licence in hand.

“I was a single mom with two kids, very little in the way of money or financial support from family, making that happen, like honestly, it was hard,” she recalls. “And making that possible is awesome, and what it did was it made everything in my life today possible – just believing in myself, believing that it was possible. This was just post 9/11, probably the worst time to try to find a job in aviation, and I did it.”

Ready for takeoff
It’s that passion, drive and determination that’s helping fuel her next task: being the first 100% Indigenous woman to own an airline in Canada. Taking its name from the Cree word for woman, Iskwew Air (pronounced ISS-KWAY-YO) is set to takeoff in March 2019 out of the South Terminal at Vancouver International Airport (YVR).

“The name was mindfully chosen as an act of reclamation – reclamation of womanhood, reclamation of matriarchal leadership, and reclamation of language,” she says. “As a date, it was also chosen carefully – March 8 is International Women’s Day. It’s likely that we will be ready to go and start taking charters prior to then, but we’ve chosen that day to have an official launch and celebrate.”

Kicking off as a single-plane operation with a Piper Navajo, the airline will launch with charter service, but has plans to provide scheduled service to remote communities in the future.

“Humbled starts with one small aircraft, definitely a big vision. Someone said where do you fly, and I said where do you want to go? And then we’ll continue to look at growth in the way that is slow, steady and smart,” she says. “My homeland in Fort Chipewyan, Alberta, is a fly-in fly-out community, and I know how important connection and accessible transportation options are for remote communities.” 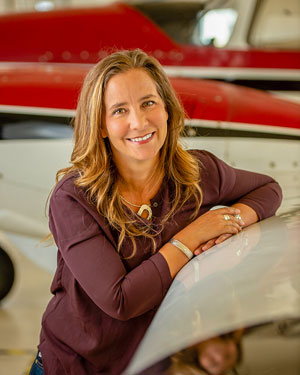 Dream it, design it, do it
Looking back on some highlights of the job, she reflects back on buying her own planes. “When I say to someone, I bought an airplane – I bought three airplanes over the course of my career – each time is so cool, and I can’t wait to buy more airplanes,” she says.

Another standout moment was the first time she took off on her own in an airplane from the airport in Pitt Meadows, BC.

“No one forgets their first solo, right, the very first time that you’re in an aircraft by yourself and the control tower says you’re cleared for takeoff,” she says. “That’s a powerful, incredible moment.”

As for some of the secrets to her success, she says a driving belief that one can make the impossible possible is key.

“The courage to try,” she adds. “And sheer tenacity when the setbacks come.”

And for anyone thinking of getting into the industry, she points to one of her own mantras: “dream it, design it, do it.”

Vision for the future
Looking ahead, she says Iskwew Air has a vision to connect people with each other and to the land, respecting Indigenous cultures and people.

“I’m really proud of the values and the vision that we have articulated to guide our business,” she says.

The airline’s core values are love and adventure; the warrior spirit; and reclamation and reciprocity; and it aims to provide a cultural experience to passengers during the journey.

Meanwhile, the law of reciprocity is about how things work best when they have a reciprocal nature to them.