The forecast is sunny 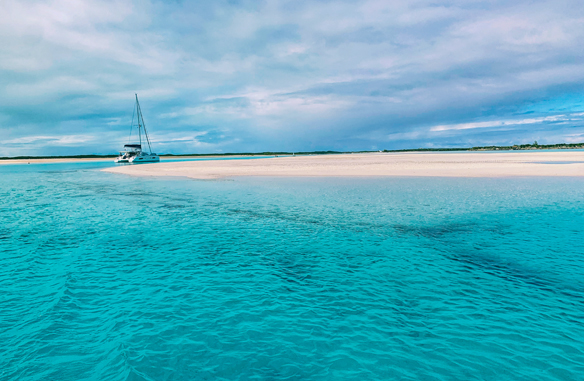 Despite two major setbacks, notably the bad publicity surrounding the Dominican Republic and Hurricane Dorian’s toll on travel to The Bahamas resulting in a slight dip in room occupancy rates over the previous year, executives from the Caribbean Hotel & Tourism Association are upbeat about its performance in 2019 and the outlook for 2020.

“Looking ahead to 2020, there’s continued encouragement overall,” said CHTA’s CEO and director general Frank Comito speaking at the recent 38th annual Caribbean Travel Marketplace held in Nassau, Bahamas. “There’s a lot of buzz out there about another recession, the US election, all those kinds of things that come up, but they’re still very positive.”

Initial results from the fifth annual Industry Performance and Outlook Study found that 2019 was a record year for Average Daily Rate with a 5.6% increase, room inventory was up 2.8% to 259,538 rooms with a total of 4,451 new rooms brought on stream and air arrivals for the region were up 4.4%, which is on pace with the global average.

“What’s really encouraging and continues to be encouraging for us is the capital expenditures — upgrades, improvements, refreshing the properties, and so on. As our economy has been strong, our hotels and hoteliers for the ninth consecutive year have increased their investments in capital expenditures and that’s so important because that raises the product,” he said. “How does the ADR get up? It gets up because you are offering a better product.”

The study was undertaken to gain a better understanding of the state of the tourism economy, its outlook, and the degree to which several factors impact the tourism industry. For the most part, the outlook for 2020 remained strong with 20% of members being “extremely positive,” 28% “positive,” 35% “fair,” 15% “negative,” and 0% “extremely negative.”

One of the biggest challenges continuing to face the region is that when a disaster strikes in one area, the entire region often gets painted with the same brush.

“Our biggest challenge is to geographically educate people,” he said. “We have a constant struggle and constant opportunity to educate the public.”

Prompted by the misinformation surrounding disasters like hurricanes, Comito said the organization asked members to rate and provide feedback on media coverage. Where trade media ranked high, consumer media came in lower and social media even lower when it came to their thoughts on accurate coverage. For example, following Hurricane Dorian reports surfaced that the entire Bahamas was decimated, when only Abaco and Grand Bahama were impacted. Often this comes down to inaccurate reporting and the recircling of old images in the media, he said.

“It really affects lives and livelihoods,” he said, stressing the need for accurate reporting.
On a positive note, recovery from the 2017 hurricanes is strong with nearly all six of the major destinations impacted reporting tourism performance and hotel inventory are nearing pre-Irma and Maria levels.

Despite these challenges, CHTA president Patricia Alfonso-Dass told Canadian Travel Press the Caribbean experienced a strong trend of tourism growth over the past decade.

“This phenomenal growth has occurred despite periodic setbacks which temporarily affect some parts of the region like hurricanes and other natural disasters,” she said. “Most of the Caribbean has not experienced those types of challenges, but many of the travelling public are unaware of the large geographic expanse of the Caribbean, thus mistakenly believing that if a storm or situation occurs in one part of the region it is affecting the entire region. Regrettably, this causes some people to miss out on the opportunity to travel to the region.”

“We have an incredible, diverse product with unmatched offerings in culture, food, music, nature, heritage, history, and our people, who deliver service with soul,” she added.

What’s going on with the CTO?

Another hot topic this year surrounded the restructuring taking place at the Caribbean Tourism Organization (CTO) following the announcement that the organization is closing its marketing offices in Canada, the US and the UK, and reassessing operations at its Barbados headquarters.

“The transition is really to make the CTO a lot more efficient. We believe that a strong CTO makes a strong Caribbean. This really gives us the financial wherewithal to be able to invest in key programs like marketing the Caribbean, improv-ing statistics for the Caribbean, which we believe leaves a lot to be desired at the moment. What we want to ensure is that we get back to the days when the CTO was a repository for tourism statistics and research in Latin America and the Caribbean.”

Fedee noted the improvements at CTO would start to be apparent in New York during “the biggest Caribbean Week you’ve ever seen.”

To be a lot more efficient, he said the staff component which used to be 35 has already been slashed in half.

“Really, what we’re doing is to make sure CTO is more businesslike, that it’s more effective and that it serves a purpose to its members and to the Caribbean generally. Tourism is the Caribbean’s No. 1 business. I don’t need to tell you that we’re the most tourism dependent economy in the world. And so it’s absolutely critical that the CTO works because our members are too small to be doing a lot of the things that CTO should be doing on our own – things like marketing, research and policy development. It’s absolutely crucial that we have an effective regional body that can drive a lot of these functions.”

Considering the restructuring, he said they’re pleased to see some members who have left the organization expressing interest in coming back, and they’re looking to have a new secretary general in place by March.

“I want to leave you with every assurance that it’s a new era in the CTO,” he said.

Comito condoned the changes and said it was necessary for the organization to redefine and reassess its mission.

“I think they’re moving in a good direction and were going to ultimately come out with a stronger partnership,” he said.

Bringing agents on board

In a first for Caribbean Travel Marketplace, this year CHTA introduced a pilot program for a leading group of travel agents to take part in the event, which representatives said was a long time coming.

Although the 12 top Caribbean-selling travel advisors were from the US, Affonso-Dass told Canadian Travel Press the association is exploring ways to broaden hoteliers’ reach into the travel agent community and that trade bookings are on the rebound. 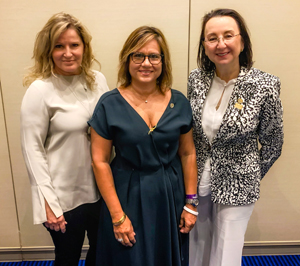 “Hoteliers throughout the region continue to sponsor and court travel agents,” she noted. “Many unfortunately wrote off travel agents and are now coming to realize and reaffirm their incredible value. The opportunities are endless. As Caribbean Travel Marketplace evolves, we will examine ways to connect more directly with travel agents and companies that serve niche markets, from luxury travel to meetings and incentives.”

The advisors had the opportunity to take part on the trade show floor to meet with hoteliers, destinations, attractions and other suppliers.

Karen Whitt, incoming president for CHTA come June, also stressed that Canadian agents would be among those invited to attend next year following the initial test run of the initiative.

“I think in the future we’re going to see that as a way to morph into how we build the show as we continue to remain relevant and provide the most bang for the buck, especially for the small hoteliers who really need the extra exposure,” she added. “We’re sure that this will be successful.”