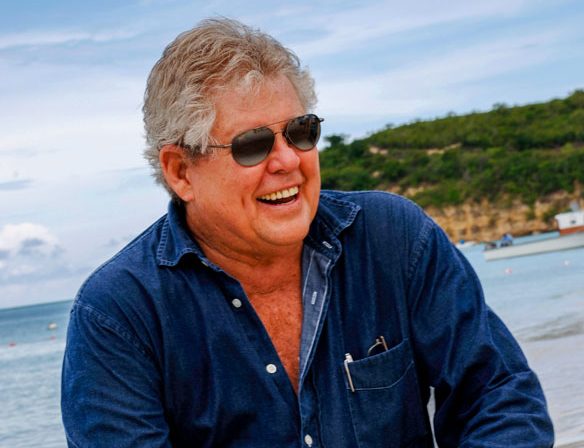 To no one’s surprise, there has been an outpouring of remembrances from friends and colleagues in the Caribbean and around the world following the passing of Sandals Resorts International’s founder, The Honourable Gordon ‘Butch’ Stewart on January 4, 2021.

In this week’s issue of Canadian Travel Press, we’ve collected a selection of those remembrances to mark his passing.

“Butch was truly an icon and innovator, philanthropist and perhaps the greatest marketer tourism has ever seen. Sandals is indeed the largest and most enduring brand created by a Caribbean entrepreneur in tourism and arguably the world today and the standard by which luxury All Inclusive is judged. I hail him as a father, leader, benefactor, and the greatest tourism entrepreneur of our time. His passing is truly devastating.” 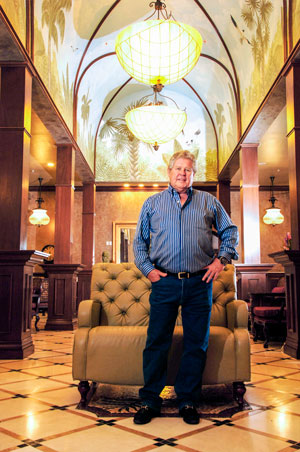 “I have had the privilege of working with Mr. Stewart over many years, and his passion and vision for tourism in Jamaica and across the wider Caribbean region is unparalleled. He will be remembered for his groundbreaking work in growing the all-inclusive concept here and in the Caribbean and we’re confident his rich legacy will be preserved.”

“Our industry will forever be indebted to “Butch” for his continued passion for excellence and legendary Caribbean hospitality. His vision has bestowed to the global industry a Caribbean organization that adheres to the highest standards of excellence, celebrates and promotes the region’s uniqueness, and invests in the development of our people and communities.”

“Mr. Stewart has been a faithful and passionate servant of Caribbean tourism for four decades and his dedication was fully demonstrated through his many outstanding achievements … [he] was a mentor to many, and his contributions have touched almost every sector of Jamaican and Caribbean society. His passing is a great loss to the entire region. He was a true travel and tourism and business icon and his legacy will shape future generations.”

“Men like my father [Sir Royston Hopkin], and Gordon ‘Butch’ Stewart, were far ahead of their time in terms of taking their dreams and turning them into great legacies. They shared an unwavering friendship and never saw each other as being a competitor, but rather as necessary components of the Caribbean luxury hotel sector. Together they spent many decades as trailblazers of the hotel industry in the region and my father often credited ‘Butch’ with defining the term ‘All-Inclusive’ and setting the benchmark for fully-inclusive luxury Caribbean holidays, resulting in the beloved ‘Sandals’ brand being known worldwide.”

Hopkin is the daughter of the late renown hotelier, who died suddenly in February 2020.

“Gordon ‘Butch’ Stewart was a Caribbean giant in the tourism industry. It is often forgotten that, despite his humble beginnings, he competed against the biggest names in tourism to build a successful and respected network of hotels across the Caribbean. That undertaking was not easy. It required a special person with unique skills and committed drive to successfully overcome the challenges from established institutions, and to carve a universally known brand name. Butch Stewart was all of that and more.

The Bahamas Ministry of Tourism & Aviation

“Two decades ago, the visionary Jamaican hotelier Butch Stewart brought the Sandals brand to The Bahamas and joined hands with us in building a leading tourism destination. Today, as we mourn the passing of a global trailblazer in the hospitality industry, we are singularly proud and grateful for the legacy that Butch Stewart has bequeathed to us in The Bahamas. Butch impacted our national economy by directing the crafting of a signature vacation experience — the Sandals vacation — which has become an integral part of the tourism product of The Islands of The Bahamas.”

“Gordon ‘Butch’ Stewart was visionary and his memory will serve to inspire future Caribbean generations in breaking barriers and committing to excellence.”

The Board of Directors, Management & Staff of the Turks & Caicos Tourist Board

“Mr. Stewart has made an immeasurable contribution to the tourism industry of the Turks & Caicos Islands … We join with the industry in celebrating a visionary leader whose life and legacy should inspire us all to dream bigger and aspire to greatness. May he rest in peace.”

“Gordon “Butch” Stewart was a quintessential Caribbean man. He had an eye for business, particularly in the Hospitality Industry. He was a visionary and marketing genius who brought thousands of people to the Caribbean region through his Sandals brand.  Undoubtedly, he has left a mark on the region’s tourism industry.”

The Hon. Deputy Premier of the Cayman Islands, Moses Kirkconnell

“Making a positive impact on the lives of others is a noble legacy and undeniably, one which the friends and family of the late Gordon “Butch” Stewart are undoubtedly proud of when thinking of him … As a fellow entrepreneur and colleague in tourism, it was a privilege to have had the opportunity to develop a relationship with Mr. Stewart throughout the years.”

“The people and government of the U.S. Virgin Islands join me in sending our heartfelt condolences to the family of the Honorable Gordon “Butch” Stewart, whose passing reminds us of the momentous achievements he recorded as he helped build tourism into the Caribbean’s major economic driver. We also remember that while he propelled the growth of tourism he did so in a way that increased local control to ensure its profits benefitted Caribbean people and their communities. He is carried into the arms of his Lord with our respect, affection and gratitude.”

“The Honorable Gordon “Butch” Stewart was our bold champion who spread across the Caribbean the message that high-end sustainable tourism can enrich our destinations and our people. Indeed, the U.S. Virgin Islands Department of Tourism has been discussing with his team the prospect of hosting one of his elegant resorts here in the Territory. An important attraction for me was the fact that he not only produced first-class resorts, but he also insisted on training and promoting local people to run them. That message resonates deeply, and we will all benefit from this great man’s work.”

“Mr. Stewart was a true visionary who raised the bar on tourism standards and led by example at every juncture of his illustrious career. Through his hard work, passion and determination, he founded Sandals Resorts International, a chain of all-inclusive, luxury resorts which are an integral part of the Caribbean tourism experience.” 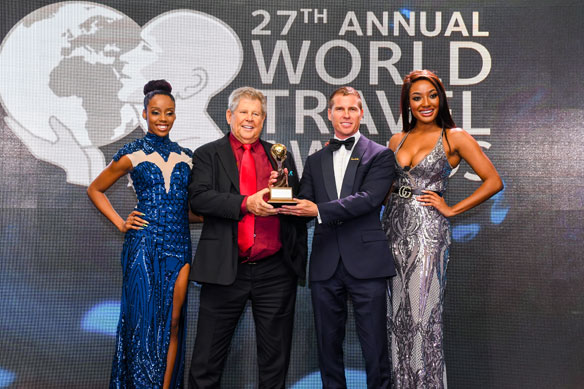