Home › Digital Post › Toronto’s tourism trade is on a roll

Toronto’s tourism trade is on a roll 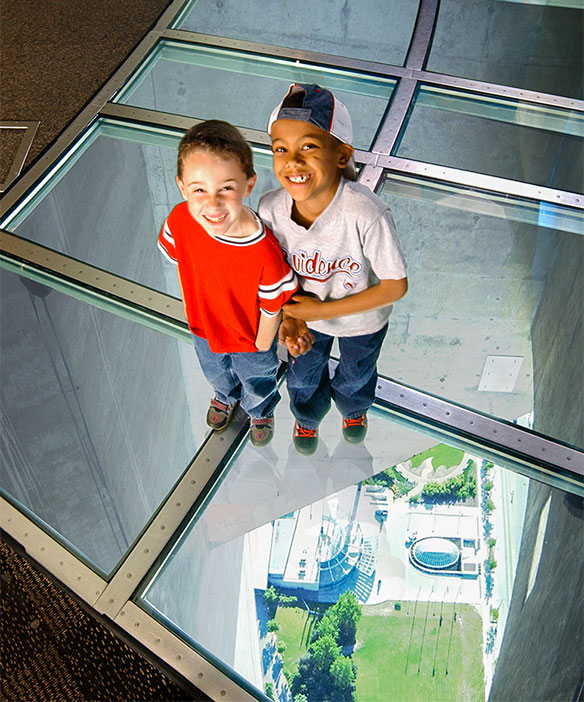 (Photo above: The CN Tower’s glass floor enables visitors to see the streets of Toronto far below them.  photo courtesy TOURISM TORONTO )

A growing number of Mexicans and other Latin Americans are saying si to the idea of visiting Toronto and that sort of interest in the city from points afar is helping fuel record-breaking numbers of visitors to the Ontario capital.
Last year saw 15.5 million people overnight in Toronto, along with 28.2 million same-day travellers.
It marked the first time overnight visitors topped the 15 million mark.
International visits surpassed 5 million for the first time, with the city seeing nearly 3 million Americans overnight visitors, while 2.1 million overnight overseas visitors arrived. China topped that list, sending 319,000 people, followed by Britain, which sent 263,000.
Visitors collectively spent $8.8 billion – the largest amount ever generated by the region’s tourism industry.
“No matter where you’re from, you’re going to feel a certain level of comfort here,” says Andrew Weir, ‎executive vice-president & chief marketing officer of Tourism Toronto. “People find Toronto a comfortable place to visit and they also find Toronto an interesting and exciting place.”
Weir praises Toronto for having some “strong icons,” among them the skyline-dominating CN Tower, and adds that the city’s skyline has other eye-catching architecture.
“Toronto is keeping company with some of the other major cities of the world,” he continues.
Toronto is benefiting from its position as the country’s largest city – Tourism Toronto labels it Canada’s Downtown – and as a major gateway to a country, Weir says is looked upon favourably internationally.
Weir adds his city can offer different experiences for many of its tourists, with Brazilians, for instance, who visit from their tropical homeland during winter able to try skating. “You travel for things that are different.”
Toronto also saw a flourishing convention trade in 2017, with the city hosting over 400,000 convention delegates. This year is also expected to be strong, with June for example, likely to see 35,000 delegates from a Rotary International gathering alone.
Despite the growing number of visitors, Weir says the city is able to accommodate further increases because of a growing hotel room inventory. This year’s hotel openings will include a property belonging to US chain Kimpton, and Weir notes the city has a growing number of luxury hotels, a category it once had limited options in.
Tourism Toronto expects Toronto’s tourist trade to remain strong for the foreseeable future.
Meanwhile, Weir says his city is making significant inroads in parts of Latin America, with the number of Brazilians visiting rising 54% over the last five years, reaching 71,000 last year; while last year saw the city host 75,000 Mexicans, a whopping 72% jump from the previous year. The lifting of visa requirements for Mexicans by Ottawa is credited for much of that increase.