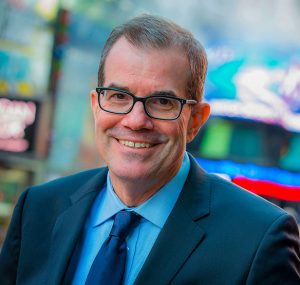 It’s been more than five years since IATA launched its New Distribution Capability (NDC) project, but one of the airline industry’s top-tier buying segments is woefully lacking in its understanding of the concept.
That’s a key result to be drawn from a worldwide membership survey undertaken by the Association of Corporate Travel Executives (ACTE Global) in association with American Express Global Business Travel (GBT). Some 60% of respondents were Americas-based.
Although NDC has been widely discussed since its inception, uncertainty about what exactly it is remains pervasive, according to the survey report.
Researchers noted, “Almost a quarter of travel managers say they are ʻnot at allʼ confident in their understanding of NDC and what it means for their programs, and a further 58% say they are only ʻsomewhatʼ confident in their understanding.”
“As a result, few travel managers are ready to incorporate NDC-enabled tools into their travel programs, with 63% saying they are not exploring any new platforms beyond their online booking tool at this time,” they added.
The report pointed out that 64% of respondents conceded that NDC could improve the booking experience and 56% felt it could help contract negotiations with carriers.
However, the vast majority – about 90% – said they were “concerned” or “significantly concerned” that NDC could undermine their programs; citing reduced functionality, higher costs, reduced fare transparency, availability of data, and policy compliance.
The authors warned, “Fragmentation is already occurring because of airline ancillary purchasing, with almost half of travel managers saying travellers buy out-of-policy ancillaries from airline web sites.”
And they explained, “This leakage from corporate online booking tools is a direct consequence of airlines unbundling fares into paid-for components such as baggage fees and seat selection, hindering the traveller booking experience and preventing managers from gaining full visibility air spend.”
ACTE Global executive director, Greeley Koch stated, “Airlines have had to contend with proliferating traveller demands for decades. NDC is a response to these market forces and could make for better traveller experiences through personalization, but it has come at a cost to travel managers, who are now scrambling to figure out how to maintain control of their programs.”
Mike Qualantone, EVP of global supplier relations for GBT, added, “We fully embrace NDC as a positive sign that airlines want to standardize distribution. However, our primary responsibility is to our clients and their travellers, and we have questions and concerns as to how airlines will use NDC as opposed to its potential and promise.”
And he declared “NDC alone is not a silver bullet. As an industry, we must find ways to deliver full content access and an improved experience, while maintaining service, comparability and functionality.”
Koch pointed out, “When it comes to NDC, travel managers cannot wait to address the issue. They must evaluate their policies and technology now, so that they’re prepared for the potential disruption.
“If they’re caught on the back foot, they will be left grappling with a more fragmented, less safe and ultimately less effective program.”
According to the report’s authors, “Despite so much talk about NDC within the industry, many travel managers feel in the dark. Their comments indicate skepticism about the changes in air distribution and frustration that their voices are not being heard.”
One manager stated, “NDC is as confusing as blockchain!” Another complained, “I’ve heard lots of noise, but I really don’t know what it is.” And a third charged, “I do not see the principle purpose of NDC is to benefit us as corporate partners, but rather to give the airlines additional advantage in maximizing their revenue.”
The authors also quoted Yanik Hoyles, IATA’s director of the NDC program, who said, “For some, the journey has already begun, but for the very large majority, there is still a significant need for education. As a starting point, there is a need for a simple, clear and consistent communication on NDC: What it is, what it is not and how it can benefit the corporate buyer.”