Home › Digital Post › Travel: The essence of the human experience

Travel: The essence of the human experience 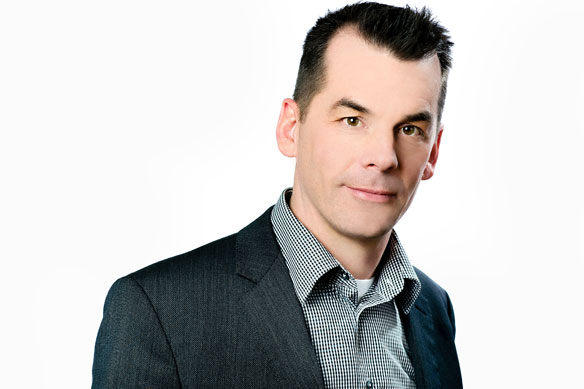 A Greek philosopher Heraclitus once said “the only thing that doesn’t change is change itself.” Today, as with every day, is marked by change and new beginnings. People change, governments change, norms change, products and services change. Our industry is certainly changing and so too are the innumerable externalities that affect our industry, our collective being and every one of us.

The recent news of the planned GM plant shutdown in Oshawa is devastating news. Despite the thorny rhetoric on both sides of the debate, what is clear is that the plant’s closure and the loss of jobs isn’t the result of any diminishing demand for transportation.

Officially, the plant’s shutdown is due to a change in GM’s supply management. Devoid of change, another plant, in another place and another time may creep, or be disrupted into obsolescence for a similar reason or, more likely, changing demands for different types of vehicles. However, our need to get from point A to B and our demand for transportation remains as insatiable as ever. It’s simply changing.

Opportunity envisioned
The travel industry is no different. In fact, it embodies Heraclitus’ adage as much or more than most other industries. It has been at the forefront of change, not because people are travelling less, but because people are travelling more, and in record numbers. In many, if not most developed countries, travel & tourism is not only growing as a percentage of GDP, but also outpacing GDP. This is certainly the case in Canada. Tourism is Canada’s largest service export and China is now Canada’s largest source of non-US tourist arrivals.

It’s no wonder that last year the Federal government introduced a vision and plan to redouble its efforts to support development of Canada’s tourism industry over the next five years. A so called “whole-of-government approach” is expected to seize on the growing number of international tourists and the phenomenal opportunity tourism offers.

Canada is certainly not alone. According to the World Travel & Tourism Council’s 2018 World Economic Report the direct contribution of travel and tourism to global GDP is expected to grow from its current 3.2% to 3.9% by 2028.

Maslow’s needs
Accommodating this growing demand for tourism and servicing travellers has, in the past, and will continue in the future to require all of us to adapt to the power of change. We are in a creative industry that is all about people. As such, change should not only be anticipated but inspiring. New technologies are not making people in our industry redundant, but they are eliminating many of the more perfunctory tasks performed by people in the past, thereby freeing up time for more creative endeavors.

Sure, search engines can aggregate information faster than any human can and interfacing and predictive technologies like Seri and Alexa and bots of untold forms are doing what most of us would prefer not to. However, technology can’t replace humans. They have no emotions and cannot create the kinds of emotional experiences that lead people to dream or inspire wanderlust.

If one thinks of Maslow’s hierarchy of needs, our desire to travel would certainly fall into one of the highest levels of needs; Love & Belonging, Esteem and/or Self-Actualization.

Despite the insuperable technologies in our world today, the developing aspirations for many hundreds of millions of people and the increasing desire to travel is proof beyond any other measure of the health of our industry and its global impact, not just economically but sociologically.

Knowing the unknown
Travelling the world requires a sense of acknowledging one’s capacity and responsibility to adapt to new and different cultures, ideas, food, languages and much more. Stepping out into a world beyond our own sense of place exposes oneself to myriad possibilities unencumbered by physiological or psychological constraints or predispositions. A sense of unknowing can be daunting and exhilarating and almost everything in between. Yes, sensitizing to new and different experiences takes time to process and adapt but once acclimated; the options unfolding to travellers are not only limitless, but also intoxicating!

As a matter of convenience, we may be indifferent to a virtual assistant parking our car for us, but most of us don’t want an automaton named CLOi for a maître d or bartender. Sure it may be able to detect your preferred libation faster than you can say ‘mint-julep’ but it doesn’t, nor can it, fulfill any sensory or emotional desires.

Driven by emotion
For travellers that are only looking for a quick, dispassionate and familiar result, CLOi may be just the thing. However, for those who value the emotive influences and the art of travel more than any self-driven and proclaimed result, a human spirit will outperform CLOi every time.

Technology is not the great disabler of travel services, as we know them today. While increasingly, technology will subjugate the spaces in our industry, as with all others, that require logic, exacting analytics and largely binary results; humans are driven by emotions and not any iOS. Humans are creative, emotional and unpredictable. It’s our emotions that form connections between people; something logic can’t. From start to finish, the travel experience is all about emotions and as such, all about people.