UP in the air 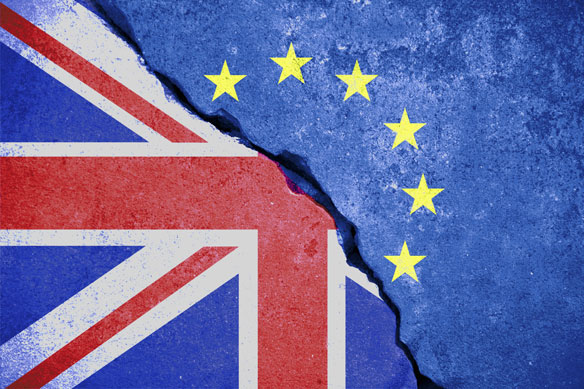 “The fact that we’re selling tickets six months in advance that we can’t honour is slightly worrying for us.” That might have sounded like an offhand remark from IATA director general Alexandre de Juniac recently, but it came with a deadly serious warning that hundreds of thousands of passengers could be grounded or rerouted next April 1, should the UK ‘hard’ Brexit from the EU with no contingency plan for the continuation of air services.
De Juniac told a press briefing, “A no-deal Brexit without an agreement for a transition period, is likely to lead to significant disruption to air services. Moreover, the lack of transparency concerning any contingency planning for this scenario has left airlines completely in the dark as to what measures to take.”
Speaking by phone from IATA’s Montreal HQ, he stated, “The EU and UK have a responsibility to millions of their citizens who depend on reliable air transportation. The goal should be a comprehensive air services agreement that does not step backwards from the connectivity existing today.”

Time is running out
But with only five months to go, de Juniac warned, “A ‘no deal’ Brexit is still on the table this late in the game, so it is now essential that the EU and UK civil aviation authorities plan for contingency arrangements to maintain a minimum level of connectivity, which is vital for people and for business.”
And the former French government mandarin added, “This has to be one of the most important Brexit considerations. A backstop contingency plan to keep planes flying after March must be published, and quickly.” 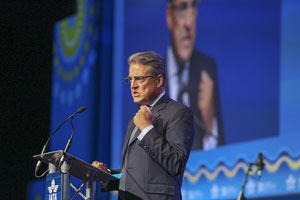 De Juniac revealed that a report commissioned by IATA has mapped the most important issues needing the most urgent attention, given a “hard” Brexit.
He stated, “The first is to ensure connectivity so that aircraft will still be permitted to take off and land between the UK and the EU after March, so it is vital they agree a comprehensive air services agreement.”
If that doesn’t happen, the only alternative will be the so-called “bare bones” arrangement which IATA understands is under discussion, said the organization’s chief executive, who lamented, “Unfortunately, the industry is not being consulted or included in these discussions.”
Chaotic consequences
“We urgently require transparency, so we can plan for after March 2019,” he stressed.
De Juniac continued, “The second point is to emphasize that safety and security are too important to be left to political games. It is obvious that the UK needs to be a third-country member of the European Aviation Safety Agency, and it is ridiculous that formal discussions on the future relationship between EASA and the UK Civil Aviation Authority have been forbidden.”
He told reporters, “Finally, post-Brexit border management must be well thought through in advance, and resources need to be allocated accordingly, so that passengers can travel efficiently and supply chains are not interrupted.”
De Juniac ended by reiterating his initial warning. He said, “It may seem a short list, but each entails a huge amount of work. A transition period of two years would be a challenging time frame to sort it out, but if the UK leaves the EU with a ‘hard’ Brexit in March 2019, then it is hard to see how all this work can be achieved.”
“The inevitable consequence will be chaos.”