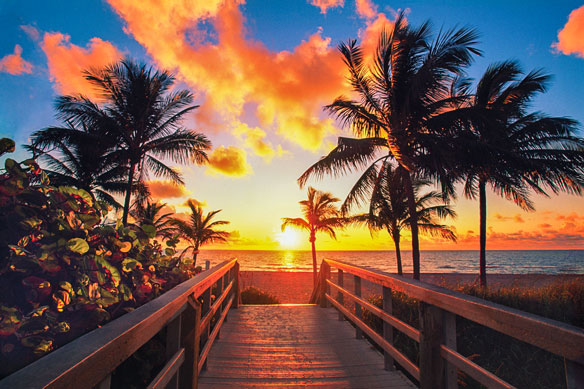 Visit Florida was “asleep at the wheel” while Canadian visitation submarined over 15 consecutive quarters, but a “major initiative” is in the works to kick-start a rebound after “taking the market for granted.”
Those were the frank admissions and sincere promise made by Visit Florida executive Nelson Mongiovi during last week’s Governor’s Conference on Tourism in Hollywood.
The interim chief marketing officer told a packed breakout session that he wanted to “separate fact from fiction,” and despite everything they had heard, the destination marketer is “fully functional and doing great things.”
He conceded that Visit Florida had been quiet for the past 60 days, but had been “incredibly busy” working on a wholesale reorganization that involved, in part, writing a new marketing plan, developing an integrated budget and rejigging the co-op program.
“It’s been hell getting there, but we’re on a new path,” Mongiovi declared.
He explained that Visit Florida had recognized the importance of Canada by shifting the number-one foreign tourist generator from the international segment and moving it into a new North American domestic market with a $30 million spend allotment, versus $11 million for the international market with the focus on the UK, Germany, Brazil, and China.
The Tallahassee-based exec revealed that the upcoming Canada initiative will debut Oct. 28 with a “Toronto Takeover” featuring a trade show aimed at the baby boomer segment followed by a Nov. 1, above-ground “takeover” of Yonge-Dundas Square together with a subterranean version at Union Station.
And he pledged, “We are going to stay aggressive in Canada through the spring of 2018.”
Kate Chunka, Visit Florida’s director of industry relations and sales revealed that the agency is currently looking for an airline, car rental operator, hotel group and others willing to offer a 20% discount exclusively for Canadians in a major move to offset the loonie drop.