We’ve still got a door!

The Travel Agent Next Door 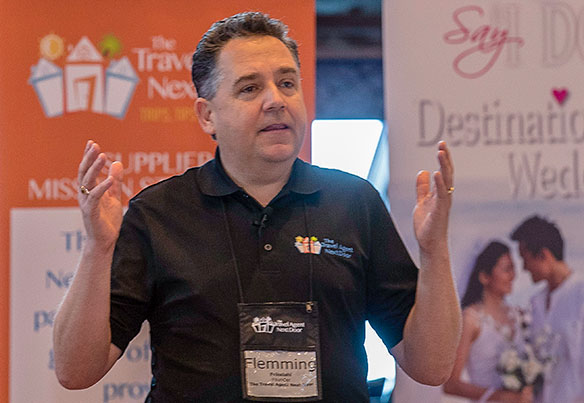 [In the second of a two-part series on the The Travel Agent Next Door, Flemming Friisdahl recounts how it all started and what has made the home-based agency group different.]

It’s never easy starting a new business, and Flemming Friisdahl admits that he’s “very happy” that he still has a “door to walk through,” but clearly the planning that The Travel Agent Next Door’s founder and team did upfront has paid dividends.
He explained: “When we started the company, we did a four-year plan – month by month and year by year – of how we thought we were going to do. We did that because it’s the prudent way of doing a business plan and having worked at Thomas Cook for 20 years, it gave us a lot of proper business practices.”
Then again, it might never have happened as Friisdahl told CTP that before he decided to start TTAND, he’d been approached by two people who wanted him to come and work for them – one was a Canadian company, the other a US company – and both wanted him to help start a home-based business in this country.
Friisdahl said the reason they wanted him was “because I had something that was very specific for this job. I had a lot of operations [experience] running a call centre of up to 300 people. I had the exposure to hundreds and hundreds of travel professionals across Canada from my previous job at Thomas Cook. And I knew all of the suppliers in a very personal way because, as you know, many of us suppliers can spend two to three months a year [together] at conferences.”
Yet when it came to making a decision, Friisdahl said that it was his wife, Rhonda, who really helped him make the choice.
“My wife was the one that said to me, you know, why are we going to do this for someone else, and work so hard,” he recounted. “So, we decided to find the money and start the business.” 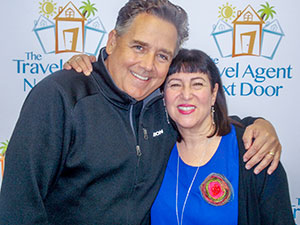 More than timing
And, while a lot of people may not be aware of that, that’s really how the story of TTAND began.
Says Friisdahl: “Was the timing right? Yes, but as you know, there was a UK-based company that came here and they closed about four to six months after we opened. So, I think it wasn’t just the timing. I think it had a lot to do with the fact that the program was right.”
He explained: “What we offered our agents and our business partners was right – to me that is very important. And I think it was way ahead of what anybody else offered, and I still think that today.”
In that respect, Friisdahl also pointed out: “One of the things that I’m pleased about is that some of the programs that we’ve offered are now being offered by other host agencies which tells me that [not only are] we doing something right, but what it really tells me is that we have a positive impact for independent contractors. We’re making it better for everybody, even though they may not be joining The Travel Agent Next Door (TTAND). And how can that not be a good thing.”
And he added: “So, in answer to your question, no, I’m not surprised that we’re still here. But I’m pleasantly surprised at how well we have done – especially at how well our agents have done.”

What’s the difference?
And if you ask Friisdahl what the difference is between a home-based agent and a traditional agent, he’ll tell you that it’s about money, flexibility and the fact that a home-based agent doesn’t have to sit in a storefront location from 9 a.m. to 5 p.m. on a weekend.
Generally, Friisdahl observed: “People who work from home want to make more money. They want the freedom to do what they want, when they want [to do it]. In other words, they may have kids; they may have a second job; they may only want to work part-time – so working at home gives them all that flexibility. And a home-based agent is going to make more money than working in a storefront.”
TTAND’s founder is also quick to point out that the home-based agent is “just as professional; just as committed to making a happy client,: and just as educated” as a storefront agent.

Getting younger
He noted that the average TTAND agent has been selling travel for over 10 years, with 30% of the group’s agents having 25 years of experience selling travel.
Friisdahl told CTP that, while some of those home-based agents may miss the camaraderie of a storefront agency, “with the tools they have today – Facebook, screen sharing, support people, supplier events, conferences, etc. – they get a lot of interaction.”
As for what attracted agents to TTAND, Friisdahl said that from the letters and emails he gets from them, what they’re saying is that “they just feel that they’re not a number; that they matter; and that we [TTAND] truly care about their success. And I don’t think that’s something you can write on a mission statement.”
In fact, Friisdahl calls every one of TTAND’s primary agents every six months to ask them how things are going, and he does that because he wants to make sure that “they know we don’t take their business for granted.”