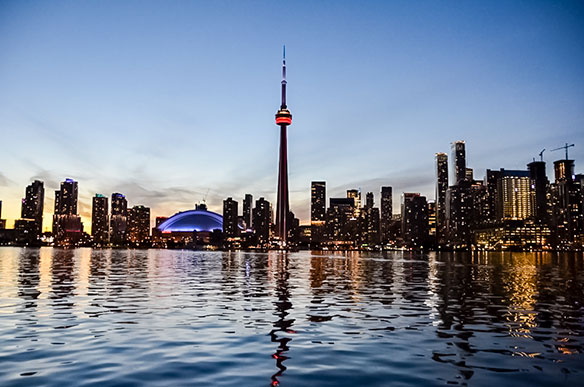 Tourism Toronto and its New York City counterpart are undertaking some cross-border cooperation expected to boost the tourist trades in both cities.
Tourism Toronto president Johanne Belanger told an Oct. 18 Toronto gathering that a two-year “city-to-city partnership” is a first for Toronto and will see advertising promoting each city and the sharing of marketing assets and expertise in attracting visitors to the largest cities in both Canada and the United States.
Torontonians will see and hear ads promoting New York starting in November and running into February.
Fred Dixon of NYC & Company – New York’s tourism promotion body – in turn noted Toronto and New York are the leading financial cities in their respective countries and also figure prominently in sports, fashion and cuisine, “We share more in common than we don’t,” he said, adding Toronto and New York are also in “close proximity.”
New York Tourism officials had earlier worried that the way non-Americans viewed the new American administration might be damaging to New York’s tourism trade. However, Dixon said that this is expected to be a record year for New York’s tourist trade, with Canada among countries expected to send more tourists to the city this year.
Meanwhile, Steve Goodfellow, Air Canada’s director of sales for Eastern Canada, praised the “terrific partnership” between “two global, cosmopolitan cities.”
New York is Air Canada’s biggest US destination.
Air Canada has announced a sale that offers one-way Toronto-New York fares for $155 for travel until Feb. 15. 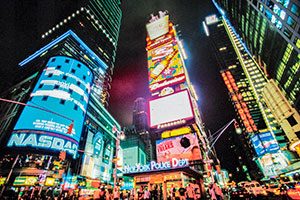 Dixon said New York City is “always changing and always evolving,” citing, among other things, its “incredibly diverse and growing hotel” scene. The city now has around 114,000 hotel rooms and expects to have 139,000 by the end of 2019.
He labelled the city’s Times Square the “crossroads of the world” and noted it has recently gained a National Geographic oceans-themed attraction, and upcoming Times Square attractions include one revolving around the National Football League that’s slated to open in a month.
Attractions are opening in other parts of the city as well, Dixon continued.
Meanwhile, Belanger said overseas visits to Toronto are up 18% this year, and the city will enjoy its ninth straight year of tourism growth.