It’s time for inspiration and staying at home 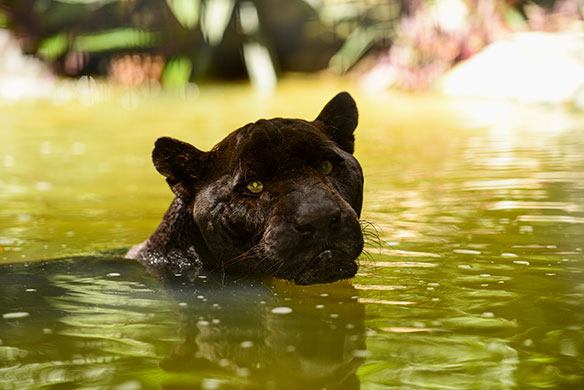 Two travel industry veterans are doubtful that resorts using humour or slashing rates is going to generate much interest from a COVID-19-wary public in the current climate.

Canadian Travel Press has received emails from one African bushcamps firm announcing that it’s cutting its rates by 65% in hopes of attracting clients in a time when much of the industry has gone into a tailspin, while one Belize resort is seeking refuge in humor, Tweeting a picture of a paraglider high above the water whose demonstrating an effective means of “social distancing,” while another Tweet showed a picture of a bikini-clad woman on a beach chair with a cooler of beer and working on a laptop computer. The accompanying caption read “‘Work from home.’”

Belize tourism authorities reported the country didn’t have any cases of coronavirus as of March 18 and people are being allowed into the Central American nation if they’re not from a country on a restricted list. Canada isn’t on the list.

But will these efforts actually succeed in attracting clients at this time?

Dallyce Macas of Eminence Canada, which has represented many foreign companies in the Canadian market over the years, told CTP that the Tweets can “keep the brand name in front of the trade, and add a little humor in a not-so-fun marketplace.

“But, I think any … (campaign) that adds deep discounts and incentives right now is just falling on tone-deaf ears.

“Agents and tour operators are still in triage mode; bless it be those brands who bring a little relief, but they need to be really sensitive on the messaging,” Macas added.

Similarly, Aubrey Schmidt of Goway Travel said of the African firm’s dramatically reduced rates, “I wouldn’t hold my breath that people will be taking advantage of such a good deal” until the current situation improves. “It’s not going to motivate many in my opinion.”

People in turn may find the Belize’s resort’s campaign “very creative. (But) I have to say it’s a smidge early for these though. I just got the opinion of an agent friend of mine too. She agreed with me … it’s a bit too soon. I’m thinking they won’t generate any new business for a little while.”

Sana Keller, who’s also represented many foreign destinations in this country, added that the ads were eye catching but come at a time when airline service has been dramatically curtailed. “In time there will definitely be a need for ads like this as the world navigates the ʽnew norm.’ ”

Meanwhile, Macas gave a thumbs-up to a Twitter campaign by Estonia’s tourist board, which sent out a Tweet with an image that said, “Visit Estonia … later” and had the hashtag #stayhome. Accompanying it was the request, “Please stay safe and stay home.” That had the hashtags #travelestonia and #staythef…home.

Macas said she applauds Visit Estonia’s approach asking people to postpone Estonia travel, although she thinks it would be better received by the travel industry as a whole without the profanity.

“Tourism will return but now it is only inspiration. Think about posting ‘throwback’ pictures,” Macas advises the travel industry.