Where are Canadians heading? 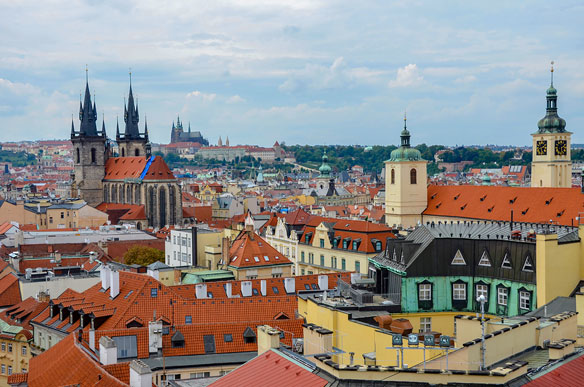 Canadian travellers are proving that age is but a number, as a growing number of citizens are continuing to cross countries off their bucket lists as they grow older.
“A lot of those older cohorts are a lot more mobile than their predecessors, so while historically travel tapers off in the later years, it’s still going strong right now,” says Jennifer Hendry, senior research associate for the Conference Board of Canada’s Canadian Tourism Research Institute.
During a keynote address at a recent SKAL Toronto gathering, Hendry noted, while travel frequency typically declines after 74, Canadians are now bucking that trend.
“They’re now healthier, they’re wealthier, they’re more mobile than their predecessors, so that has been and will continue to positively influence outbound travel over the short term,” she says.
As the number of Canadians aged 65 and older now outnumbers children who are 14 and under, there is not only an increased volume of snowbirds, but it’s resulted in a lot more opportunities for multigenerational travel.
“Between 2017 and 2021, the proportion of Canadians aged 55 to 64 will increase 4%, but the share of people aged 65 and older is expected to increase 15%,” she says. “And a lot of that is occurring in Ontario and Quebec, where the largest outbound markets reside.”
Another thing to note, is that beyond just heading south, there’s a notable growth in older travellers who are setting their sights overseas. Since 2000, snowbird trips to the US increased by 190%, whereas non-US destinations saw a growth of 553%. 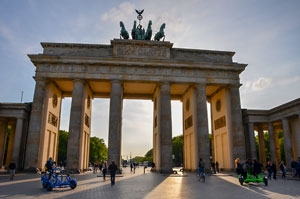 Saved by the snowbirds
Although travel to the US took a tumble in recent years in light of a plunging loonie, snowbirds remained loyal to their southerly neighbours.
“The US market would have done even worse if snowbirds didn’t exist,” she says. “The snowbird market had a fairly stable increase, while overall travel to the US declined.”
Overall, the volume of trips by snowbirds grew at an average annual rate of 9.7% between 2011-2016, while the total outbound grew at a lower rate of 0.5%.
Interestingly, while snowbirds helped maintain visits to the US, she says visitors were more widely spread beyond Florida to California, Texas and Arizona, although Florida remains the top destination for these travellers.
In 2016, Canadian leisure travel to the US settled at its lowest level since the global recession, at 14.8 million annual leisure trips.
“It’s interesting to look at that trend over time because the latest shock of the tumbling dollar had a more acute year-over-year impact than either the global recession or 9/11,”
she says. “The dreary performance in the US market was primarily due to reductions in auto travel. About 60% of overnight leisure trips to the US are by road travellers, and these individuals are a lot more price sensitive than people who travel by other modes.”
On a brighter note, Canadian leisure travel to the US increased to 15.5 million leisure trips in 2017 and projections for 2018 call for 16 million trips.
“Yes, Canada-US tourism could be better, but the market weathered yet another downturn,” she says. “Political and economic uncertainty aside, the activity is back on the upswing and we expect it to continue to perform well this year.”
In terms of politics, 37% of likely US visitors reported that the Trump presidency would negatively impact their short-term travel plans – with Ontario and BC residents most likely to avoid travel to the US – but the likelihood decreases with age.
“I don’t know if it’s a Trump Bump, but it’s certainly not a Trump Slump,” she says. “Eventually, the US will recover its share of the outbound market because of the proximity and popularity for older travellers.”
Also contributing to the recovery of the US travel market, is the increased capacity and growth in direct air access, and an increase in the number of Canadians who are opting to fly as opposed to drive to the States. Twenty years ago, one-fifth of the market flew to their destination, whereas today the share has grown to one-third.
“Travellers are also taking more frequent shorter trips, so they’re taking the opportunity to travel by air rather than spending a large chunk of their vacation in the car,” she says. “So this increase in capacity, as well as price incentives that were put in place by a number of destinations after the dollar started to tank, it produced a bit of pent-up demand and that all contributed to a small recovery in travel to the US last year. It’s really regional, but overall, the country itself did see a return of Canadian travellers.” 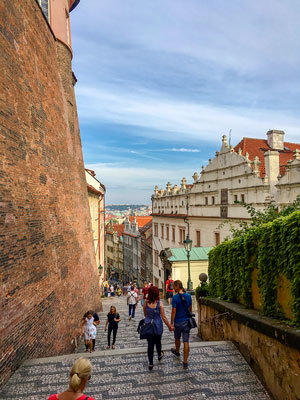 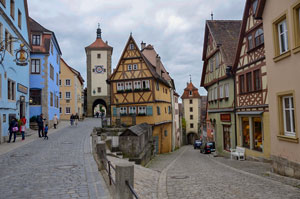 Hot hot heat
As for sun destinations, she says Mexico, Dominican Republic, Cuba and Jamaica remain the top draws for Canadians. Of the four countries, all saw increases in arrivals last year aside from Cuba.
“For now, Mexico will remain the No. 1 destination outside of the US,” she says, noting that, while Caribbean airlift was down, flights to Mexico increased significantly.
Although hurricanes Irma and Maria wreaked havoc in the Caribbean, she says it “didn’t impact the region as a whole,” as the destinations that sustained the most damage don’t see a large number of Canadian travellers, as well as through a transfer of demand to other countries.
“Caribbean travel is back on the upswing,” she says. “Overall, this winter saw a return of Canadians.”
Meanwhile, across the pond, Europe continues to retain a large chunk of the outbound travel market.
France, Italy, UK, Spain, and Germany are the hottest destinations for Canadians, making up 70% of the outbound market share in Europe, while other countries like Croatia and Romania have also seen an influx in Canadian arrivals.
Despite the terrorist attacks in countries like France and Spain in recent years, she says it didn’t result in a huge drop in Canadian travellers.
“Tourism is resilient,” she says, adding Canadians also have short-term memories.
Trip activity to Europe has been strengthening since 2013, and currently consists of 40% of outbound travel. Although summer is the key season for visitation, figures show winter trips are growing in popularity.
“This isn’t expected to decrease, assuming there are no extreme shocks,” she says, noting that VFR (visiting friends and relatives) makes up roughly 50% of travel to Europe.
Also seeing a strong amount of Canadian VFR traffic is Asia Pacific, especially among millennial travellers.
“Of course, the changes in diversity of the population are also affecting travel patterns. Projections indicate by 2031 Canada’s visible minority population could increase by 143%, and they will amount to 12.8 million Canadians,” she says. “In conjunction of this increase, the place of birth of those foreign-born persons is exhibiting major changes. The proportion of Asian-born persons will continue to steadily increase, while those born in Europe continues to steadily decline.”
Although Asia Pacific is set for another record year of growth in 2018, she says it’s growing at such a high rate that it can’t be sustained in the long term (direct air capacity is set to reach 4.7 million seats in 2018, an increase of 74% since 2014).
“The current rate of growth is unsustainable, but will be robust,” she says.
The top volume destinations in 2017 were China, Hong Kong, India, Japan, Thailand, and the Philippines. Almost all of the growth in air service was to China (including Hong Kong and Taiwan), India, and South Korea.

A positive outlook
With 2017 ending with a record-breaking number of Canadians on 10 million trips to overseas destinations, and projections for the year showing overseas travel will continue to increase to 10.5 million trips, Hendry expects outbound travel activity will grow at a healthy pace.
“We expect that outbound leisure travel will continue to grow at a fairly healthy pace – not as robust as what was experienced in the decade prior to the downturn of the dollar, but that shift in the demographics of travellers going to overseas destinations will be the primary boost for outbound travel in the coming years,” she says. 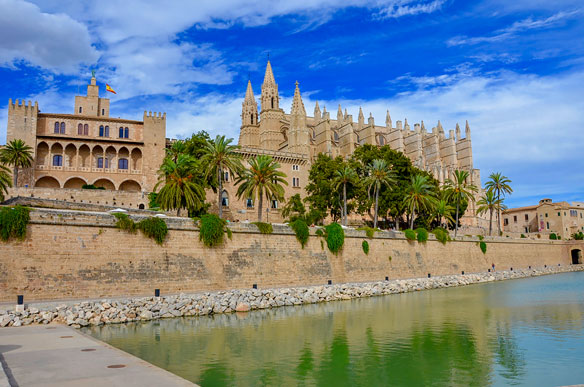