Winter could be magic for Canada’s tourism industry 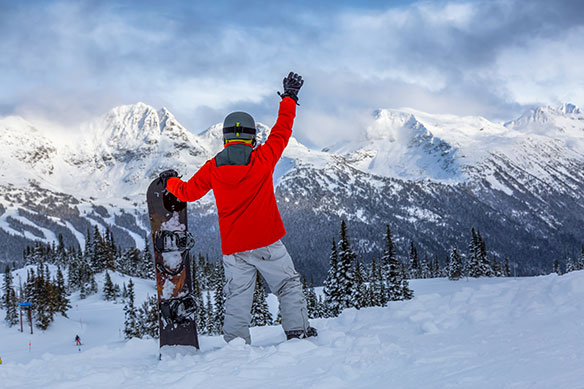 Klassen, whose career has included tenures with the likes of the Canadian Tourism Commission and is now with tourism consulting firm Twenty31, told viewers during a Nov. 18 2020 TIAC Tourism Congress discussion that much of this country’s tourism infrastructure is often closed after summer, leading to a massive loss of potential revenue for those in the travel trade.

“We leave money on the table if we close up … our hotel and go to Florida in the wintertime,” he said while speaking on boosting tourism during this country’s winter, fall and spring seasons.

Klassen said that many are leery about holidaying in Canada during a winter that they expect will be dark and cold but he said there’s no reason why a winter vacation in this country can’t be enjoyable.

Finnish Lapland has built a thriving winter tourism trade, and “very few people turn down visiting London in February or March,” despite that city often seeing cold, wet weather during those months, he added.

A place of magic

Quebec City is “really a rather magical, magical place” during winter, he continued.

As well, parks and some communities in this country can be overcrowded during the summer, he added.

Klassen said the likes of star-gazing, Christmas scenes and sports tourism could help boost winter tourism, with “compelling and authentic marketing” helpful in doing that.

He suggested that those in tourism who rely heavily on summer business now start welcoming visitors earlier than they normally do and don’t “necessarily have to start big” when trying to attract more visitors during traditionally slower times of the year.

Initially, those wanting to extend their seasons should start with the domestic market, he continued.

Events such as festivals, tournaments and indoor events “that are not weather dependent” could attract visitors, Klassen added.

But Klassen said perceptions about the state of Canadian tourism outside of summer can be damaging, with some expecting that many things they wish to see won’t be open.

As well, those in the tourism trade work hard during summer and some might not want to be open all the time after that season, preferring instead to relax much of the time.

Klassen also said that those with a stake in tourism who wish to remain active year-round need to attract year-round labour, rather than seasonal employees.

Twenty31 surveyed people in this country, the United States and Britain about vacationing in Canada, with Canadians saying cheaper accommodation in this country during fall, winter and spring can make travelling in their country outside summer more attractive.

Americans in turn believed people working in tourism would be more welcoming in the off-seasons as they wouldn’t be as harried, while people in Britain in turn said cheaper flights would be a plus when visiting in fall, winter or spring.

Canadian Travel Press was among sponsors of the TIAC event.