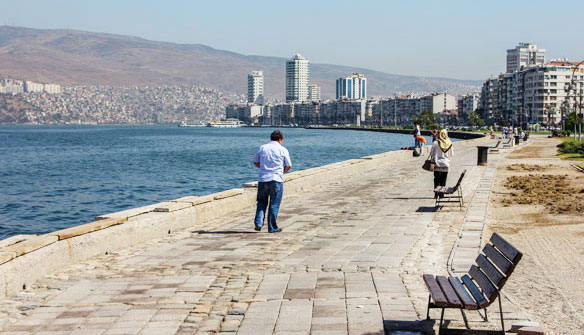 Holiday traffic from Britain to Europe could be decimated next year, if the UK exits the EU without a deal, come March 29. As many as 20 million Brits could opt to vacation elsewhere unless a Brexit deal can be agreed, according to research released at this year’s World Travel Market (WTM) in London.

A “no-deal” scenario could see British tourists heading for their traditional tourism hot spots, such as Spain, Greece, Portugal and Italy being forced to pay 52 pounds ($88) for a visa allowing 90-day access to European destinations.

A WTM poll revealed that 58% of respondents said they would consider alternative destinations, if the EU lumps UK citizens in with Russians and Chinese by having to purchase visas after the split.

And, even if the UK is granted a visa exemption, Brits could still be charged seven pounds ($12) for entry permits under a separate EU plan that will come into force in 2020.

Lots of options
The poll also revealed that, regardless of whether a deal is agreed or not, 40% believe Brexit will have an impact on their 2019 vacation plans, while one-third said they were worried about holidaying in Europe because of the UK’s departure from the union.

A WTM paper noted that figures from the Office for National Statistics (ONS) showed that British residents took a record 46.5 million overseas vacations in 2017 and fully 75% of those trips were estimated to have been in EU countries.

The paper added, “While doubts about the EU are mounting, the popularity of destinations outside the bloc is on the rise – especially Turkey and Tunisia.”

Value-for-money Turkey has seen the number of British arrivals grow by two-thirds this year, as its currency took a steep slide to an all-time low against the pound, and UK tour operators responded by adding capacity to the country’s resorts.

Numbers to Tunisia from the UK have also soared, albeit from a low base following 2015’s terror attacks. ONS figures revealed a whopping 537% visitation rise in this year’s first quarter.

What’s Plan B?
WTM spokesman Paul Nelson stated, “Over the past few months, there has been a great deal in the British press about what may or may not happen for holidaymakers after the UK leaves the EU. There seems to be a great deal of confusion and speculation about travel to Europe, and this is compounded by fears of what would happen in a ‘no-deal’ scenario.”

He added, “Although consumer confidence appears to be undented, many of our exhibitors have seen Brexit as a huge cloud on the horizon for the past two years.”

Nelson pointed out, “While the trade is drawing up contingency plans to deal with any eventuality, those consumers seem to be increasingly apprehensive about flights, visas and currency costs in traditional destinations such as Spain, France and Italy.”

“Conversely, this could mean there’s a silver lining for non-EU countries because British tourists know for certain what the travel requirements will be and can book in advance with more confidence than they can with most of Europe.”